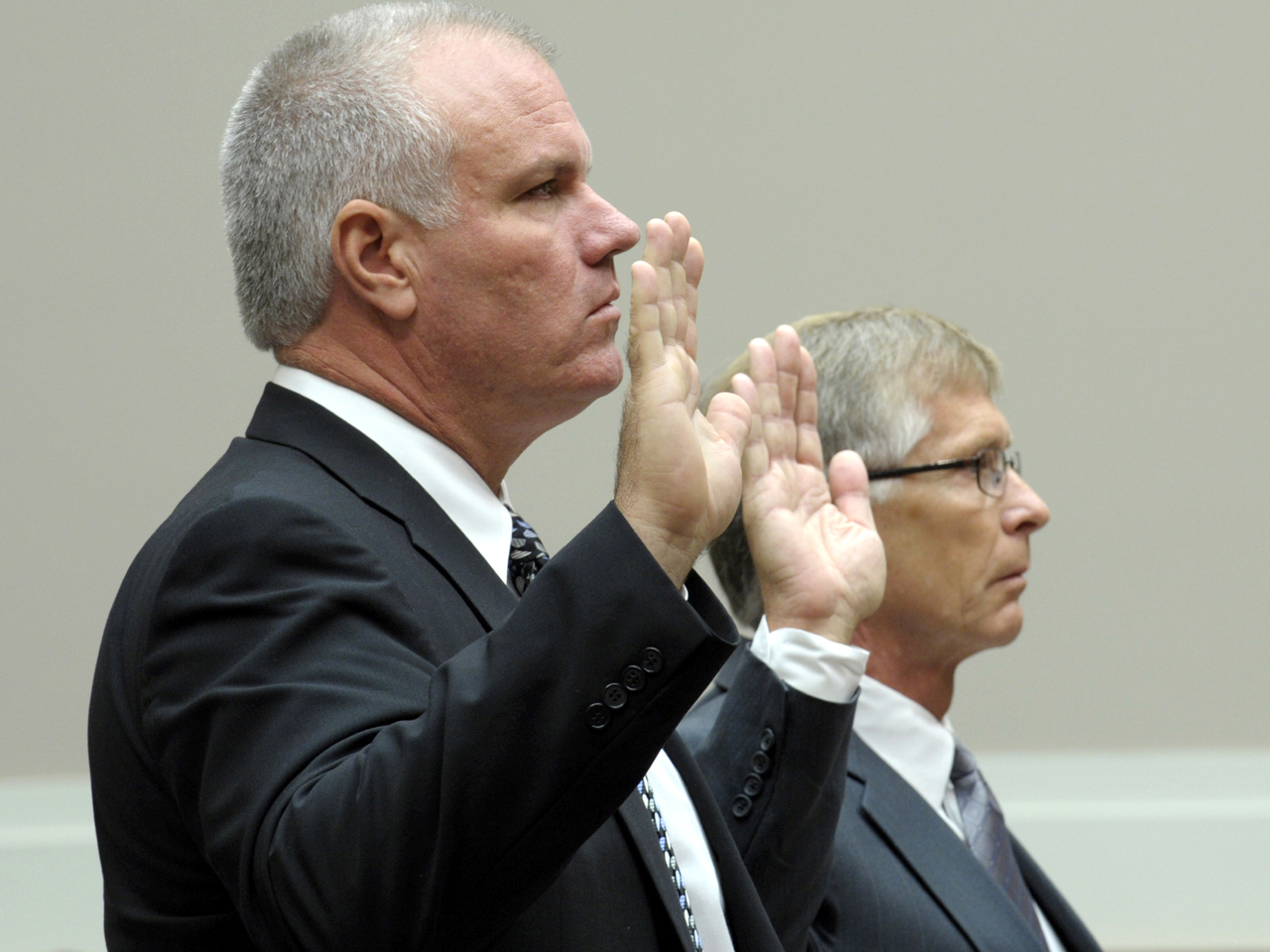 Harrison told the House Energy and Commerce Committee Friday: "On advice of counsel, I respectfully decline to answer any questions."

Stover did the same.

Lawmakers from both parties said they were disappointed, but said that silence from the two executives would not stop them from pursuing their investigation into a $528 million loan that Solyndra Inc. received from the Energy Department in 2009.

The panel's chairman, Rep. Fred Upton, R-Mich., compared the Solyndra loan to the Great Train Robbery in England in the 1960s.

"It appears we have a great heist of over half a billion dollars and ... maybe even co-conspirators called the U.S. government," Upton said.

Upton faulted the Obama administration for its role in the loan, saying at a minimum the Energy Department did not complete due diligence on the company, which lost hundreds of millions of dollars in the years before the loan was approved.

He called the loan "reckless use of taxpayer dollars on a company that was known to pose serious risks before a single dime went out the door."

Rep. Cory Gardner, R-Colo., said it was important for the committee's investigaton to continue.

"The American people deserve answers. Half a billion dollars is missing," he said.

GOP lawmakers said they were expanding their inquiry into the Solyndra loan, which has become a rallying point for Republican critics of the administration's push for so-called green jobs.

Committee leaders said the administration may have violated the law when it restructured Solyndra's loan in February in such a way that private investors moved ahead of taxpayers for repayment in case of default. The economic stimulus law provides for taxpayers to be ahead of other creditors in the event of bankruptcy or default.

Deputy Energy Secretary Daniel Poneman said Thursday that the restructuring was "entirely legal," noting that another aspect of the law requires Chu and other officials to protect the overall interests of taxpayers. He said the restructuring accomplished that because it gave the struggling company a better chance to succeed.

Solyndra filed for Chapter 11 bankruptcy protection earlier this month and laid off its 1,100 employees.

The Fremont, Calif.-based company was the first renewable-energy company to receive a loan guarantee under a stimulus-law program to encourage green energy and was frequently touted by the Obama administration as a model. President Obama visited the company's Silicon Valley headquarters last year, and Vice President Joe Biden spoke by satellite at its groundbreaking ceremony.

Since then, the company's implosion and revelations that the administration hurried Office of Management and Budget officials to finish their review of the loan in time for the September 2009 groundbreaking has become an embarrassment for Mr. Obama as he tries to sell his new job-creation program.