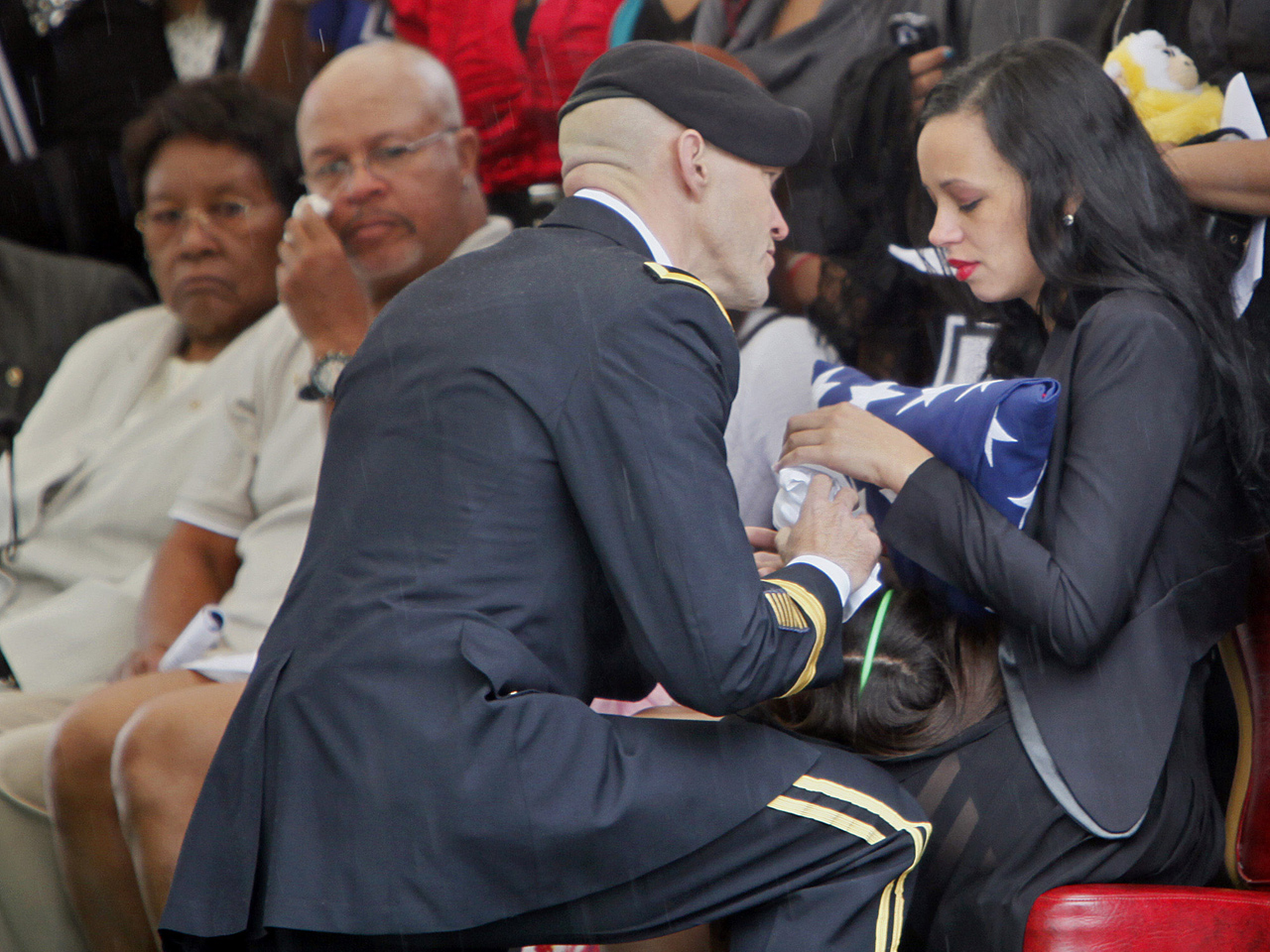 (AP) COLORADO SPRINGS, Colo. - The military is investigating after the wife of a Fort Carson said she learned of her husband's death in Afghanistan from a posting on Facebook asking her to call about an emergency.

Staff Sgt. Christopher Brown of Columbus, Ohio, was killed April 3 by an insurgent bomb. His wife, Ariell Taylor-Brown, who lives in Mobile, Ala., says a woman heard about the death from another soldier in her husband's platoon and she was notified on Facebook to call immediately.

"I was told via Facebook," Taylor-Brown told WCMH-TV in Columbus, Ohio. "It was a girl in his platoon. She wrote to me and told me to call her immediately," Taylor-Brown said.

Most soldiers are warned not to release information on a soldier's death until next of kin are notified. Soldiers who break the rules can be court-martialed.

Taylor-Brown, who has two children and is 11 weeks pregnant with the couple's third child, was at home alone with the kids. She said was devastated and angry that she wasn't informed by the military first.

"She told me over the phone, right in front of my kids and I completely had a meltdown. She wasn't supposed to but I guess she took it on her own power to do it," she said.

Taylor-Brown says hours later, two soldiers arrived at her home in Mobile, Ala., but she knew about it already.

Master Sgt. Craig Zentkovich at Fort Carson told KKTV-TV he could not confirm if the soldiers who deployed with Brown were told how to handle sharing information about a soldier's death.

Brown was in Afghanistan for his fourth tour just one week before he was killed.

Taylor-Brown said she used social media to keep in touch with her husband.

"We were on Skype literally hours before this happened," she said.

Capt. Shayne Heap, the battalion's rear-detachment commander, said Brown served twice in Iraq and was on his second deployment in Afghanistan. He had earned a Bronze Star, a Purple Heart and an Army Commendation Medal.