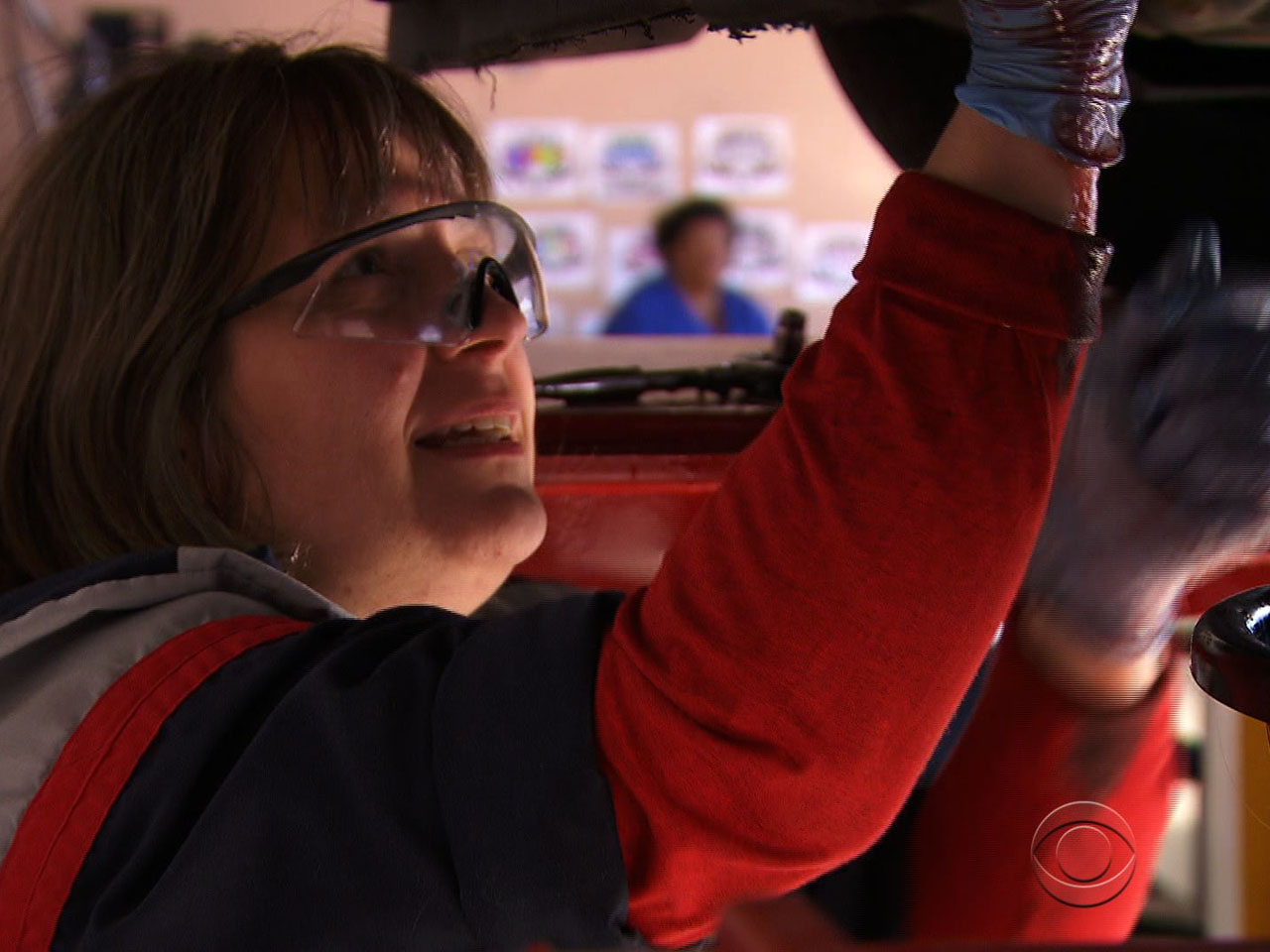 A social worker's job to improve the lives of clients -- in short, to give them a lift. In Minneapolis, there's a social worker who has a unique way of doing that.

Cathy Heying is working hard to fix a problem: during her 16 years as a social worker, she discovered car trouble could make people homeless. Heying said, “It doesn't have to be a major repair to be five or six hundred bucks, and when you're just surviving, that can break your entire budget."

She decided the best way to address the problem was to fix it herself. She became a mechanic.

Heying recalled, "One of my first days in mechanics school, the instructor said, ‘OK, I want everyone to face the wall where the crankshafts are.’ I don't know where those are, I don't know what that looks like, so I just kind of waited and then watched where everybody else turned.”

She completed a two-year training program and founded The Lift Garage last April.  Heying charges low-income residents $15 an hour for labor. The going rate can be $100, and she has no mark-up on parts.

Judy Hegrenes has been unable to work for five years because of a neck injury sustained in a car accident.  Her car's engine needed about $400 worth of repairs on a recent visit. She paid only $54.

Hegrene said, “What I'm experiencing here, for me, is a miracle. I have been healed and now it's my car's turn."

Linda, who asked we not use her last name, has had financial problems, causing her to spend some nights in her truck. The heater was broken until Heying fixed it, and said she could pay later. Linda said having heat is a way just to survive the cold weather.

Even with the help of volunteer mechanics, Heying can only afford to open the garage on Saturdays. The rest of the week, she continues to work as an advocate for the homeless. She said, "I'm a firm believer that if we each did our part to take care of one another, whatever form that took, it would be a very, very different world."

It’s a world where giving someone a lift means helping them do the driving.