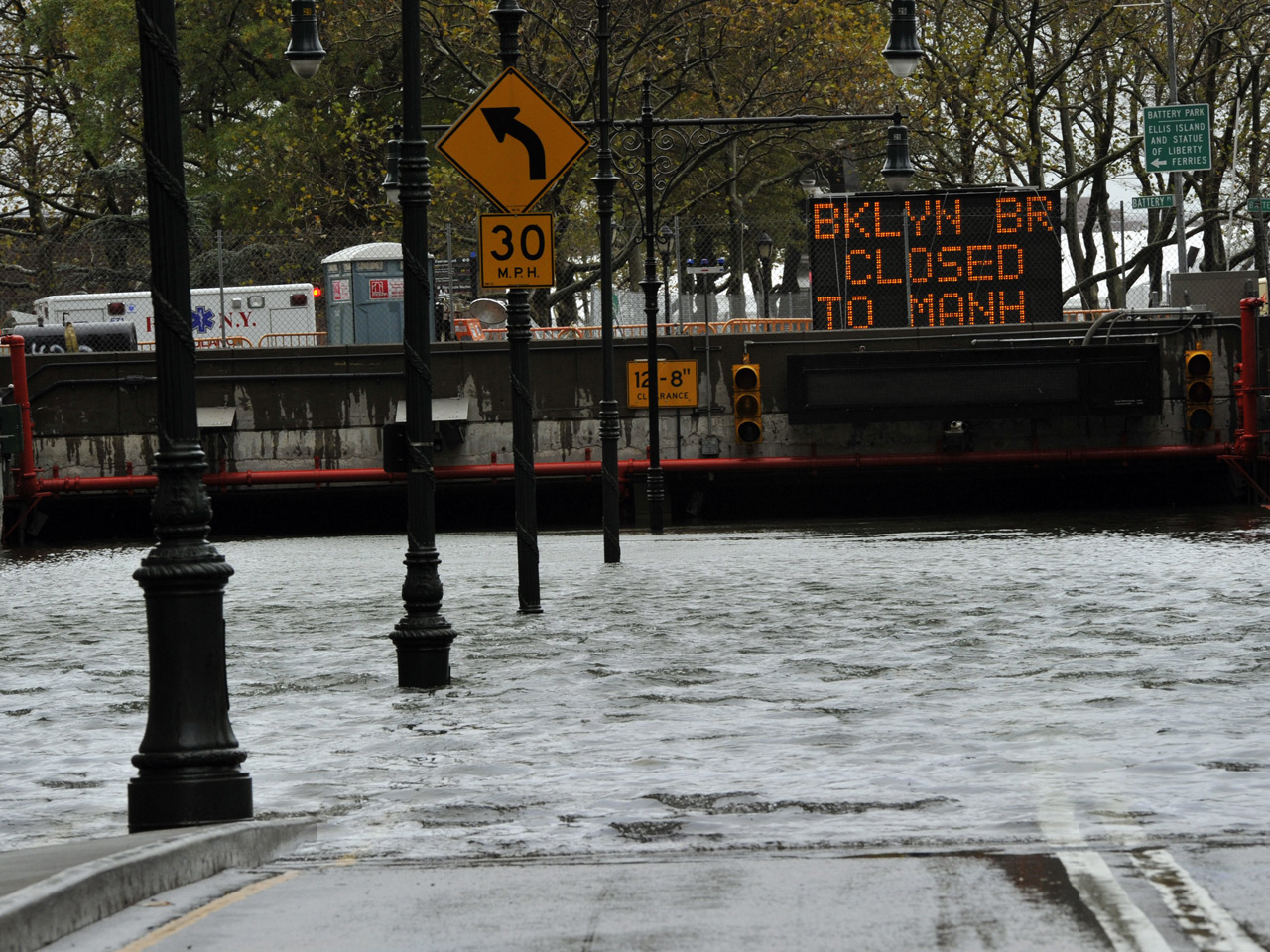 The U.S. East Coast was hit hard by Superstorm Sandy -- the Category 1 hurricane was downgraded by landfall Monday evening -- and people all over the world got a sense of events happening in the storm in real time, thanks to social media services like Facebook, Twitter, YouTube and Instagram.

Facebook reported that the 10 words and phrases used during the height of the storm were all Sandy related. Topping the list were the words: Sandy, hurricane, Hurricane Sandy, stay safe, be safe and storm.

Reports of Sandy's impact on the East Coast began pouring in on services like Twitter, Facebook, YouTube and Instagram peaked when the storm hit landfall at around 9 p.m. ET. Several photos and videos immediately went viral, reporting incidents in New York City -- one of the nation's most densely populated cities -- before news organizations could confirm its authenticity.

Although, the information was not always accurate, some of the reports were found to be true and gave a snapshot of flooding and power outages in real time -- to both East Coast residents and the world.

"Very scary sight. New York's gone black," Daily Mail editor-at-large Dan Wootton tweeted with a picture of the Manhattan skyline blacked out -- with only Freedom Tower and the Empire State Building lit up.

"#LIC is underwater. Flooding reaching 5th street and beyond. In touch with City Agencies. Stay safe,"[sic] tweeted New York City council member Jimmy Van Bramer, along with a photo of Long Island City in Queens submerged -- his office says the picture was sent from a constituent.

The YouTube account Citizen Tube has a playlist of videos aggregated from an array of sources that track the destruction in Sandy's path.

But social media was not only used by curious observers - it was also used as a tool to pass on vital information to people who could not access traditional news outlets, like TV or radio.

Twitter created a page dedicated to Sandy that include accounts of government, politicians, public safety officials and weather reports.

The Fire Department of New York tweeted incidents of major fires through the night via Twitter. According to Yahoo News, the FDNY even had a dedicated person monitoring its Twitter account to respond to people tweeting emergencies. Emily Rahimi, the FDNY's social media manager, responded to over 100 tweets overnight.

"I was just tweeting to people who were not able to get through to 911," Rahimi told Yahoo News.

New York City mayor Micheal Bloomberg's office sent out a tweet Tuesday, telling citizens that if water coming out of faucets is safe to drink.

Bloomberg's office reported Tuesday that the outpouring of help overwhelmed its website, and re-directed users to its Facebook page.