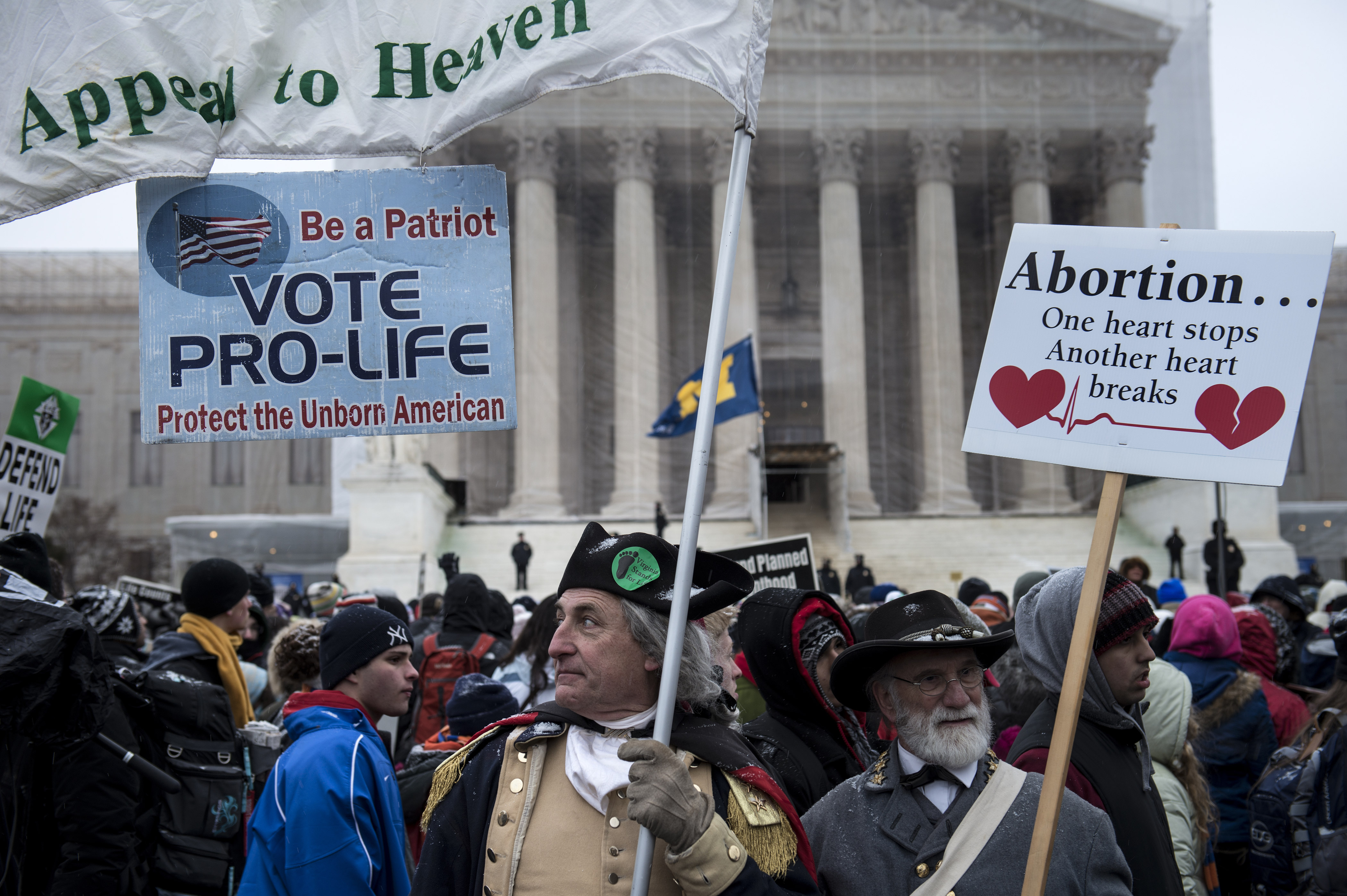 Depending on whom you ask, Rep. Trent Franks, R-Ariz., represents either the best or the worst of the Republican Party.

He's everything that's wrong with the GOP - a living, breathing impediment to the rebranding effort Republicans are undergoing in in the wake of the 2012 election.

That, or he's a profile in courage, and exactly the kind of passionately conservative lawmaker the GOP needs to stir up enthusiasm among a base that has become deeply skeptical of the party's leadership.

The problem for Republicans as they fend off obsolescence in the wake of a 2012 drubbing is that they can't seem to agree on which story is true.

A deeply devout religious conservative, Franks scored a significant victory this week when the House Judiciary Committee passed a measure that would outlaw abortion nationwide after 20 weeks of pregnancy and House Speaker John Boehner, R-Ohio, pledged to bring the bill for a full vote in the chamber.

But Franks marred his own victory shortly before it was secured, igniting a hurricane of controversy by claiming that the "incidence of rape resulting in pregnancy are very low."

Many saw in the comment an echo of former Rep. Todd Akin's "legitimate rape" gaffe during his 2012 Senate race, fretting about the damage Franks had done to the party's brand. Gabriel Gomez, the Republican nominee fighting for a U.S. Senate seat in deep-blue Massachusetts, called Franks a "moron."

Franks complained to a gathering of social conservatives in Washington for the annual Faith and Freedom Summit that he had been put through the "spin dryer" after his comment went viral, according to Politico, but the drama that attended his remark ably demonstrated the tightrope Republicans are walking as they continue their soul-searching.

The energy among social conservatives in the Republican grassroots has scarcely waned - it can be a powerful motivator for action in Congress, and an invaluable source of boots-on-the-ground come Election Day. But some of the rougher edges of social conservatives' doctrine can also be a red flag for the younger voters and women that Republicans must win if they hope to emerge once more as a viable national party.

Marjorie Dannenfelser, the president of the Susan B. Anthony List, which helps elect anti-abortion rights women to public office, hailed the House's abortion ban as a sign of social conservatives' enduring clout in an interview with CBSNews.com.

"There has not been a bill like this, ever," she said, noting the measure would effectively outlaw a significant number of abortions. Dannenfelser called Boehner's decision to bring the bill to the floor an "indicator of strength" among social conservatives and a sign that the party's leadership is "not moving away" from their issues.

"So to that extent, am I happy with our place in the Republican Party at this point? I'm optimistic, but I'm never certain - trust but verify."

Thomas Peters, the communications director of the National Organization for Marriage (NOM), which opposes same-sex marriage, agreed with Dannenfelser, telling CBSNews.com there was "no hemming or hawing" among the GOP rank-and-file about the abortion ban.

"The pro-life issue is very strong," he said, but "we have huge work to do on the marriage issue," which is a "more challenging" when it comes to a "younger demographic."

But despite the challenge, Peters didn't buy the argument that Republicans are losing younger voters on same-sex marriage: "I don't see that."

He derided those who would advise Republican candidates to soften their stance on social issues to attract new voters. "A lot of GOP political consultants make this claim, but their candidates lose," he said. "Republicans should stop apologizing for their pro-marriage views."

Peters reserved particularly strong words for Sen. Rob Portman, R-Ohio, who has come out in favor of same-sex marriage, saying the prospect of NOM supporting a primary challenger to Portman during his next election is "absolutely on the table."

On their broader place in the Republican Party, Peters said social conservatives "are not boots on the ground, they're leading the movement."

Dannenfelser agreed that social conservatives continue to flex considerable muscle, but she wished Republican leaders would recognize it.

"The pro-life movement has never been stronger in the real grassroots," she said. "It's grown in strength in the last couple of years as its popularity among elite Republicans has declined, which is kind of an irony."

Part of that decline, she speculated, might be a product of purely financial considerations - "This issue doesn't generate the cash that the economic issues do" - but a bigger factor, she said, is the fact that social conservatives were blamed for Republican nominee Mitt Romney's loss in 2012.

"After every election, if there's a Republican loss, the social issues are proclaimed dead," she said. "Post-election, we weren't getting invited to a lot of strategy meetings at the [Republican National Committee] or the House of Representatives."

But Dannenfelser argued that the conventional wisdom was dead wrong, that the exact opposite was true - Romney lost because he shied away from social issues, not because he was encumbered by them.

"There was no conversation - there was a complete retreat from discussing the abortion issue on the national stage," she said. "You cannot win a battle that you never engage. We just tested that theory, and Republicans lost miserably."

Asked about another potential 2016 contender, Gov. Chris Christie, R-N.J., who has had a more fraught relationship with the Republican base, Dannenfelser called him a "convert" to the anti-abortion rights cause, "and that's a good thing."

"I'm very aware of the problems that other conservatives have with him," she said, "but that's really not my battle."

In a recent Gallup poll of self-identified Republicans, Christie registered the highest unfavorable ratings of any potential 2016 GOP aspirant in the survey.

Peters voiced no concern about Christie's devotion to the anti-same-sex marriage movement, noting the governor "vetoed a gay marriage bill and has promised to do it again."

And whoever claims the 2016 Republican presidential nomination, Peters said, would "absolutely have to reflect the Republican position on protecting marriage."

Christie was invited to the Faith and Freedom Summit in D.C. this week to discuss religion and politics with the rest of the GOP faithful. Perhaps tellingly, he declined the invite, instead opting to chat with former President Bill Clinton at a meeting of the Clinton Global Initiative.

Gregory T. Angelo, the executive director of the Log Cabin Republicans, believes the GOP needs more inclusivity-minded figures like Christie if it hopes to expand its appeal.

"There is most definitely a conversation to be had with Christie," Angelo said in an interview with CBSNews.com. He noted that, although Christie had vetoed same-sex marriage, the governor pledged to respect the will of New Jersey voters if a popular referendum pushed it through over his objection.

"Polling has gone in a direction of greater acceptance of [same-sex] equality, not less," he continued. "I wonder how many elections we would need to lose before that message gets driven home to Republicans."

There are doubtlessly national Republican leaders who agree with Angelo's analysis, at least privately, and there are surely those who disagree just as vehemently.

But as GOP leaders mull the place of social conservatives in the Republican tent as the next few elections approach, they would do well to remember how potent the religious right remains among the GOP base, Dannenfelser argued, firing a shot across the bow of those who would preach moderation.

"We're not enemies, but it's better to keep us close," she said.