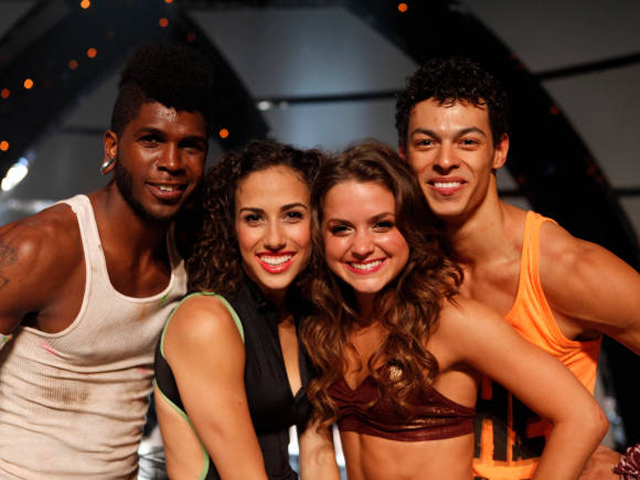 (CBS News) "So You Think You Can Dance" crowned its first double winners on Tuesday night, with one guy and one girl each earning the "America's Favorite Dancer" title.

So, which dancers won? (SPOILER ALERT)

That left jazz dancer Tiffany Maher, 19, and robotics/animator Cyrus "Glitch" Spencer, 22, as the runners-up. This is the first time any ballet dancer has won the title.

The reveal came at the end of a two-hour episode that revisited routines and auditions from early in the season.

Each of the six judges - Nigel Lythgoe, Mary Murphy, Adam Shankman, Debbie Allen, Lil' C and Tyce Diorio - picked their favorite routine from the season, which the dancers performed, and the final four each picked their own favorite to reprise. Host Cat Deeley also got to pick a routine to see again.

The show also looked back at memorable auditions, including the "exorcist" dancer, the Ninja Twins and the tear-jerker moment when a dancer's young son handed her a ticket to Vegas.

After a performance by Carly Rae Jepsen and a few more dance routines, it was time to reveal the winners. Deeley did so by bringing the two girls on stage first, and then the guys. After their fates were revealed, Eliana and Chehon were brought on stage together to celebrate as confetti fell to the stage.

Tell us: Did America pick the right dancers? What did you think of this season overall?