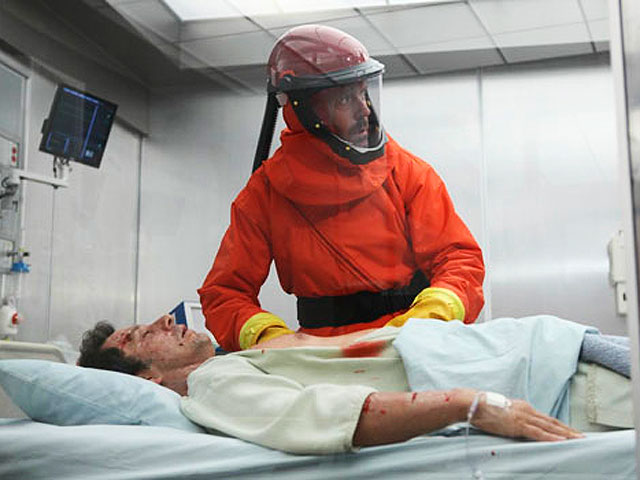 (CBS) Smallpox was eradicated more than 30 years ago, but that didn't stop the viral disease from making a cameo Monday night on the hit TV drama "House."

In the episode, Dr. Gregory House (Hugh Laurie) - famously crochety and a master at diagnosing rare diseases - considers the possibility that a patient picked up smallpox while scuba diving on a Dutch slave ship that was sunk hundreds of years ago after the disease broke out on board.

As prime-time drama scenarios go, it's a pretty scary one. Smallpox is highly contagious and sometimes fatal - and there's no effective way to treat it. Prevention is the only effective approach to dealing with the illness, which spreads via face-to-face contact and via contact with body fluids and clothes and bedding.

Smallpox was around for thousands of years before routine vaccination around the world did it in. The last case of smallpox in the U.S. occurred in 1949, the last case in the world in Somalia in 1977.

But if the "varola" virus that causes smallpox isn't causing illness anymore, does that mean it no longer exists?

According to the Centers for Disease Control and Prevention website, the U.S. government keeps stockpiles of the virus under lock and key - just in case virologists need it to make new batches of vaccine in case bioterrorists come up with a way to unleash a new outbreak.

Fortunately for Dr. House and his colleagues, what looked a lot like smallpox turned out to be rickettsialpox - a far milder illness spread by the bite of a mite.