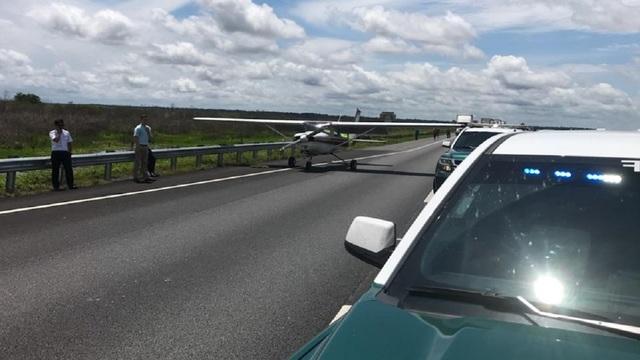 A small plane made an emergency landing on Interstate 75 near Gainesville, Florida, on Thursday, CBS affiliate WKMG-TV reports. Northbound traffic was blocked when the incident took place around noon local time.

Dramatic footage posted to social media shows the plane just about to make the landing on the interstate:

WKMG-TV reports there were no injuries and traffic in the area was moving slowly.