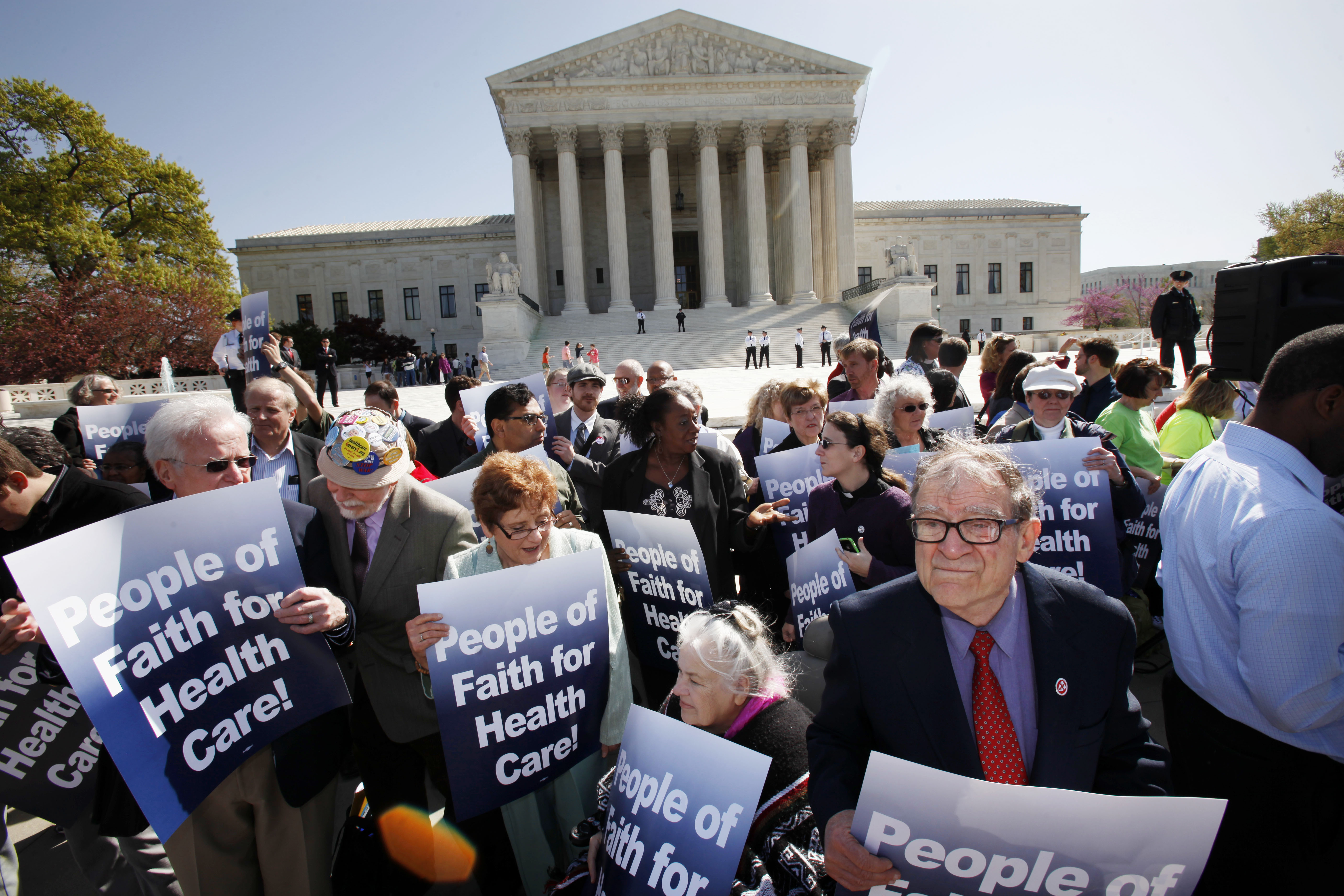 (MoneyWatch) The Supreme Court on Wednesday wrapped up three days of arguments over President Obama's landmark health care law, and Vintage Vinyl co-owner Lew Prince is scared -- that the legal challenge will work. If the Patient Protection and Affordable Care Act is overturned, "I'll be back in the crappy system I was in two years ago," says Prince, co-owner of the small St. Louis music store. "We'd go back to fighting for every inch of coverage every year."

Such fears highlight the division of opinion among small business owners about the health care overhaul. One of the main litigants against the law is the National Federation of Independent Business (NFIB), a Washington trade association that contends the new law will raise its members' costs, burden them with regulations, and kill jobs. Other small business groups argue the opposite, claiming that the law is already lowering costs, expanding firms' insurance options, and easing the process of arranging coverage.

As opponents of the Affordable Care Act concluded their oral presentations yesterday, several Supreme Court justices seemed open to the idea of changing the law without striking it down entirely. But it remains to be seen if that could include stripping the ACA of the individual mandate, a part of the act that requires most Americans to buy health insurance by 2014, or making other major changes.

Under the ACA, businesses with fewer than 25 employees may qualify for tax credits of up to 35 percent to offset the cost of health insurance. (Starting in 2014, the credit will rise to 50 percent.) In total, some 4 million small businesses are eligible for federal tax credits, and since the law took effect in 2010, hundreds of thousands of firms have taken advantage of these benefits, according to the IRS. New insurance exchanges scheduled to launch under the law in 2014 will help firms lower their costs even further by giving them more health plan options, ACA proponents say.

As of 2014, the law also will prohibit insurance companies from raising prices on small businesses when an employee gets sick. In addition, insurers will offer rebates to firms that spend less than 80 percent of their premiums on health services.

These reforms have at least some experts predicting that the health overhaul will significantly help small businesses. As researchers with the Oregon Center for Public Policy write in a recent analysis of the ACA's impact on employers in the state: "The changes already put in place by the Affordable Care Act, as well as those on the way, should help rein in the costs faced by small businesses that provide health coverage to their employees and make it easier for more small businesses to insure their workers."

For his part, Prince says the law has already helped him dramatically lower the costs of offering insurance to the 16 full-time employees at Vintage Vinyl, which sells CDs, records and other music-related items. "Over the years, we've had health insurance the same way, and every year the insurance rates have gone up and/or coverage has decreased," he says. "This year, for the first time ever my rate went down by almost 30 percent. I got a cut in my rate, and on top of it I got a check for $11,000 that came off my taxes."

Prince plans to roll most of those savings into employee raises. Meanwhile, being able to offer good health care coverage allows him and co-owner Tom Ray to attract and retain good workers. Many of his employees have been with the store for years, Prince says, which he attributes in part to Vintage Vinyl's generous health benefits. "That makes me more competitive, and the benefit of that is huge in retail," he says.

For small businesses, that statistic isn't merely academic. Under the ACA, some smaller firms will have to pay a financial penalty if they don't offer affordable coverage. Beginning in 2014, businesses with 51 or more full-time employees will be fined $2,000 per worker, excluding the first 30 employees, if they fail to offer benefits to staffers who average at least 30 hours per week. (There is no penalty for not providing coverage to part-time employees.)

While small business owners like Prince vouch for the ACA's benefits, others are just as vigorous in opposing the law. On its website, the NFIB cites one businessman who says he has chosen to forgo health insurance because of its high costs. "I pay my health care bills in full and do not want the government to force me to buy health insurance that I don't need nor is warranted," he is quoted as saying. "I did not open a business so the government can come and empty my pockets because they deem a certain industry to be in crisis."

Not surprisingly, small businesses' conflicting views on the ACA reflect the wide range of public opinion regarding the law. Indeed, some polls suggest that while many Americans oppose the act, most support the law's individual provisions, particularly the restriction on insurers denying coverage to people with pre-existing medical conditions.

Such apparent contradictions may say less about the ACA itself than about how the issue of health care reform itself has become politicized, with many people seeing the law as a symbol of their broader concerns over the role of government and the state of the U.S. economy. For example, a March poll by the Kaiser Foundation found that the largest share of people who oppose the ACA -- some 40 percent -- did so based on their "general feelings about the direction of the country and what's going on in Washington" at present. By comparison, fewer than 3 in 10 opponents said their hostility toward the law was based on their knowledge of what the ACA actually does.

Americans are united in one way -- they're unhappy with the U.S. health care system. Even if the Supreme Court were to strike down the ACA, some 60 percent of respondents to Kaiser's poll said they want lawmakers to develop new health care proposals. Even among Republicans, who are more likely to dislike the law, and others with an unfavorable view of the overhaul, roughly half think Congress should go back to the drawing board if the high court rules against the ACA.

Prince is less equivocal. For him, the success of the law is plain. He says, "If you lay out the arguments for small business owners [for the ACA], it doesn't become ideological -- it becomes logical."