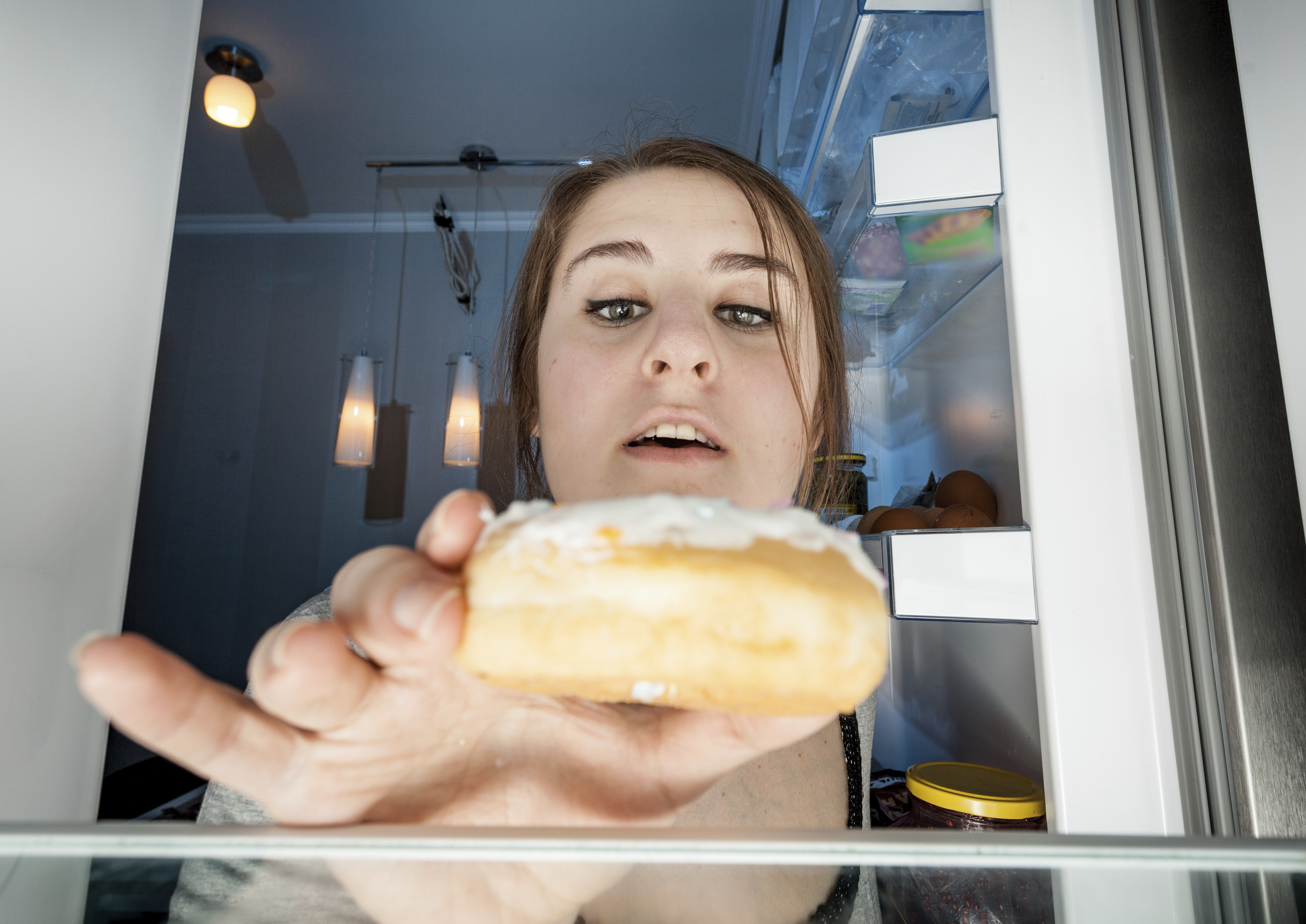 Skipping just a single night of sleep leads to a shift in brain activity that seems to spark a desire to consume more fat the following day, a new study suggests.

The study offers potential insights into the relationship between lack of sleep and the risk of obesity, researchers said.

"The main finding of this study is that one night of sleep loss altered function within the brain's 'salience network,' " explained study senior author Hengyi Rao.

The salience network is a pathway in the brain thought to guide decision-making, according to Rao. He is an assistant professor of cognitive neuroimaging in neurology and psychiatry within the division of sleep and chronobiology at the University of Pennsylvania's Perelman School of Medicine.

What's more, Rao added, a brain scan analysis revealed exactly how the network changed in response to sleep loss, which ultimately enabled his team to accurately predict how much more fat an individual might consume following lack of sleep.

"This study is the first to link [such] changes in regional brain function with actual food intake after sleep deprivation," he said.

Rao and his colleagues reported their findings recently in Scientific Reports.

The study authors explained that the salience network is composed of three sections that are all positioned at the front part of the brain. These areas are collectively involved in the onset and interpretation of emotions, sensory perception and mental strategizing.

To explore the network's reaction to a lack of sleep, the study enlisted 46 healthy, mostly non-obese adults aged 21 to 50.

All were nonsmokers, and all said they routinely slept between 6.5 and 8.5 hours a night. None suffered from any particular sleep disturbances or any ongoing medical or psychological complications.

All were asked to spend five consecutive days (including four nights) in a sleep laboratory. On the first night all got a full night of rest, amounting to nine hours of time spent in bed, after which brain scans were conducted to record normal network function following good sleep.

Then, 34 of the participants were randomly selected to be in the "sleep-deprived group" on the second night. This meant they were kept awake all night, while the remaining participants got eight hours of sleep.

Brain scans were then conducted again, after which all participants were allowed to move about, watch TV, read, play video and board games, and eat as much or as little as they wanted. All food was ordered from an available menu, and all intake was recorded.

However, when calories were broken down by content, investigators found a big difference between the groups. Those who hadn't slept consumed a lot more fat and a lot less carbohydrates than those who had slept.

The researchers concluded that people who experience bouts of forced wakefulness -- such as those in the military, truck drivers or medical personnel -- may be prone to making unhealthful food choices due to a related shift in brain activity.

Rao acknowledged that the current study only explored the impact of a single night of sleep loss. However, "it is likely that chronic partial sleep deprivation would affect the brain in a similar way," he said, "and that maintaining adequate sleep may be a key strategy for maintaining a healthy weight and diet."

Derk-Jan Dijk is a professor in the departments of sleep and physiology, and director of the Surrey Sleep Research Centre at the University of Surrey in England. He suggested that going forward it will be important to examine how both the brain and dietary habits are affected by ongoing sleep loss experienced by people who routinely get only five to six hours of sleep a day.

Overall, the study findings support the link between sleep patterns "and changes in food intake and subsequent obesity. Of course, in the real world it is not total sleep loss that is the main problem, but chronic insufficient sleep," Dijk explained.

"Nevertheless," he added, "the current study is important because it provides hints to the brain mechanisms involved in the link between sleep loss and changes in food intake."