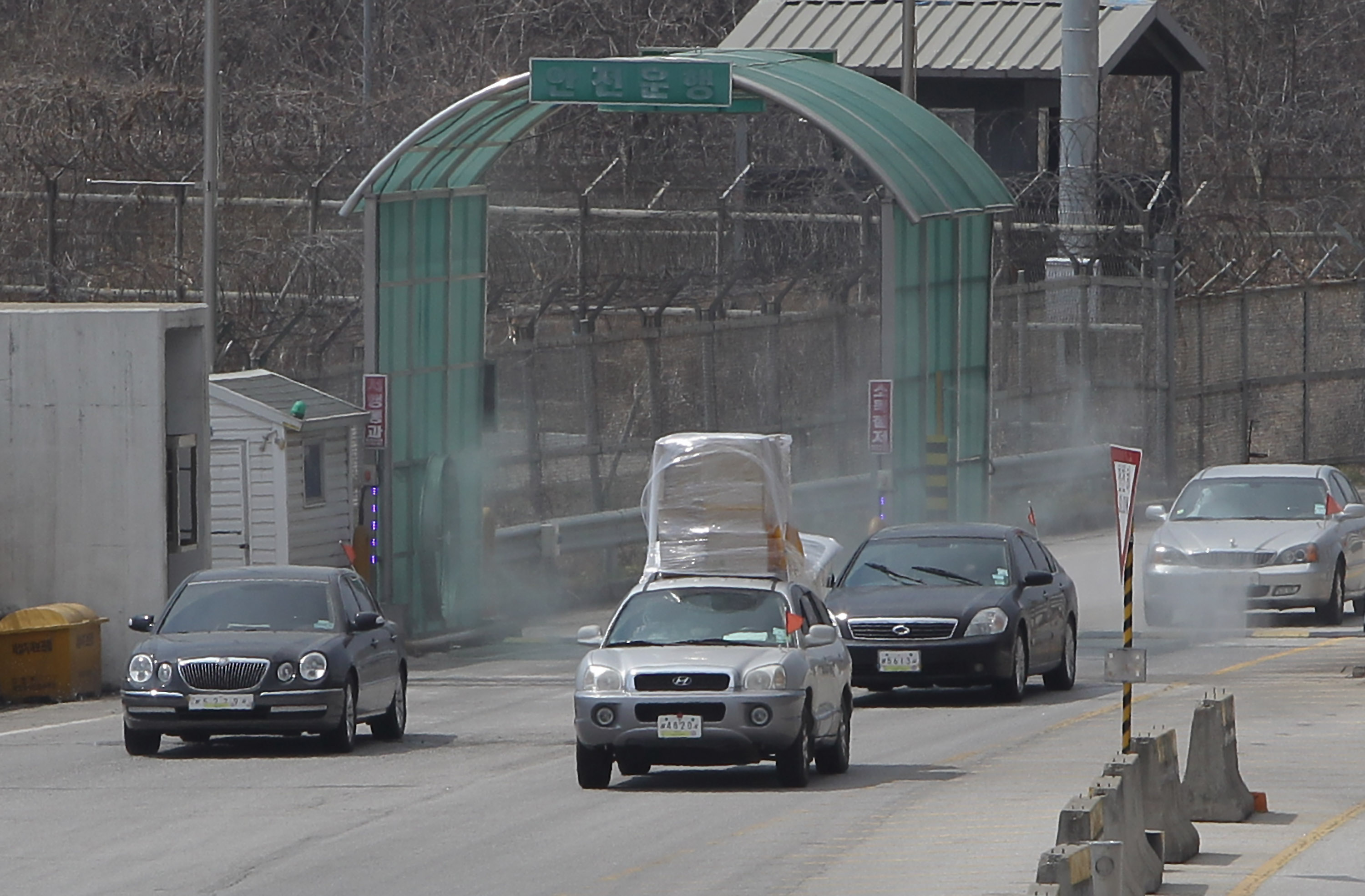 SEOUL, South Korea South Korea on Thursday warned of an unspecified "grave measure" if North Korea rejects talks on a jointly run factory park shuttered for nearly a month — setting up the possible end of the last remaining major symbol of inter-Korean cooperation.

In a televised briefing with reporters, Unification Ministry spokesman Kim Hyung-suk refused to describe what Seoul would do if Pyongyang doesn't respond by a deadline Friday to a demand for formal working-level talks on the industrial complex just over the heavily armed border in the North Korean town of Kaesong. But Seoul's talk of a "grave measure" may be an attempt to signal it will pull out its remaining workers from the complex.

For weeks, until recently, North Korea issued a steady stream of criticism and threats of war aimed at Seoul and Washington, expressing anger over ongoing U.S.-South Korean military drills that the North calls invasion preparations and U.N. sanctions over its February nuclear test.

Amid the rising animosity, North Korea early this month barred South Koreans from crossing the border and entering the factory. It later suspended operations and withdrew the 53,000 North Korean workers who manned assembly lines there.

The factory, a hold-over from an era that saw the Koreas set up various cooperative projects meant to facilitate better ties, has operated with South Korean know-how and technology and with cheap labor from North Korea since 2004. It has weathered past cycles of hostility between the rivals, including two attacks blamed on North Korea in 2010 that killed 50 South Koreans.

Pyongyang has recently eased its rhetoric, and there have been some tentative signs of an interest in dialogue, but tensions between the Koreas remain high.

At the Kaesong factory, food has dwindled, and with no apparent end to North Korea's suspension in sight, a daily trickle of South Korean workers have returned home. Still, Pyongyang hasn't forced South Koreans to leave, and about 175 are still there.

Kim said South Korea set a deadline for the North's reply to talks on the complex because of the food shortage facing the South Koreans remaining at Kaesong.

"Our people are suffering serious difficulties due to the shortage of food and medicine, and our companies are suffering big damages," Kim said.

To resolve deadlocked operations at Kaesong, Kim said North Korea should first allow some South Koreans to cross the border to hand over food and medicine to the remaining managers at the complex.

South Korea on Wednesday proposed talks between the head of a South Korean management office at Kaesong and the North's General Bureau for Central Guidance to the Development of the Special Zone, but the North rebuffed the offer, Kim said.

"It's very regrettable for North Korea to reject (taking) the minimum humanitarian measures for our workers at the Kaesong industrial complex," he said.

Separately, some South Korean businesses have already been quietly mulling giving up on Kaesong altogether.