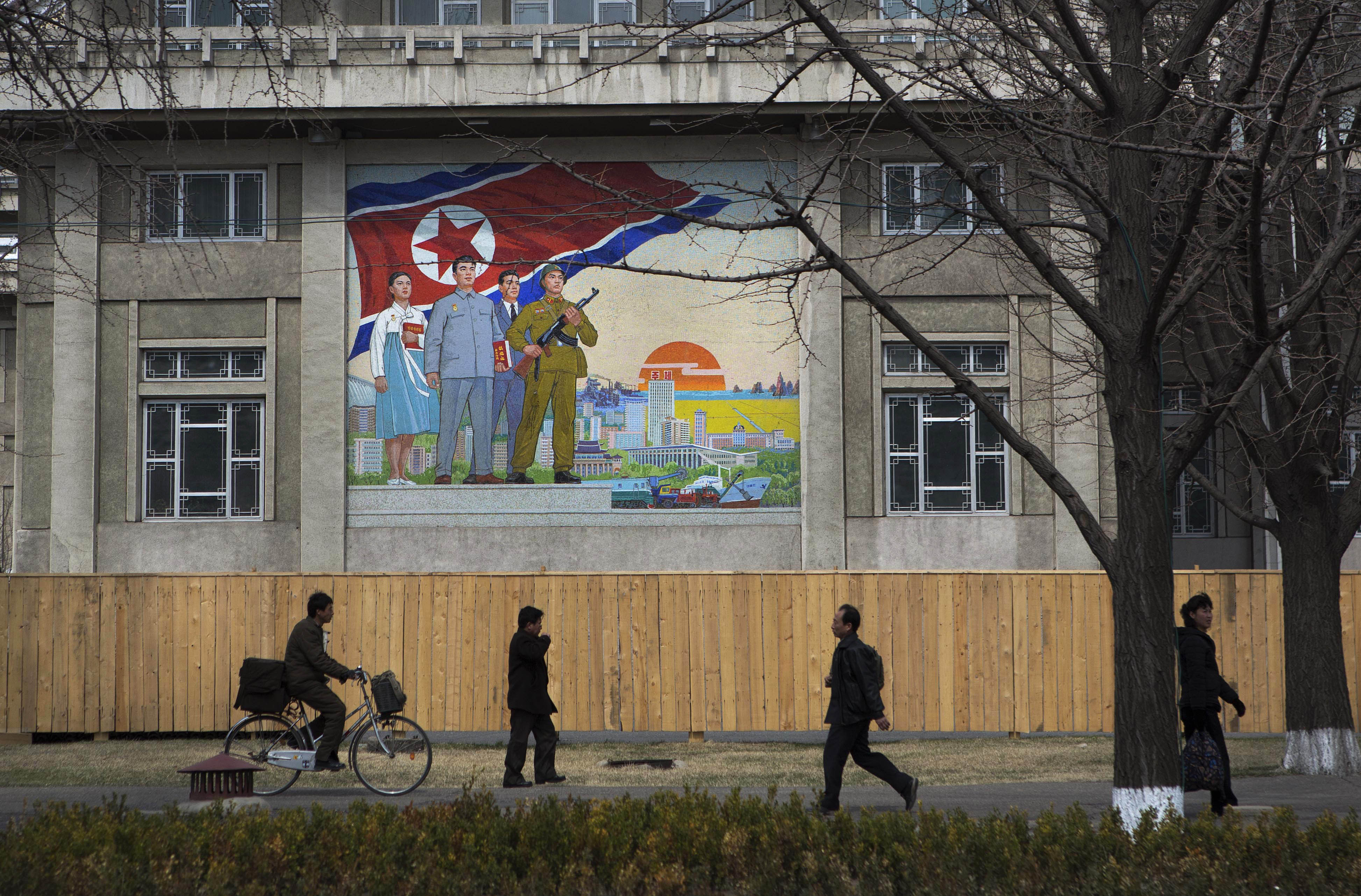 SEOUL, South Korea Asked if there might be war, the 40ish woman with the spangly purple shirt laughed out loud. She waved her hands back and forth, as if whisking away a pesky insect.

She fled North Korea late last summer, pushing her way at night through the chest-deep waters of the Amnok River, following a guide into China and, eventually, to South Korea. The journey cost her $5,000, a fortune back home.

She comes from a part of rural North Korea where electricity is a rarity, and the punishing winters seem to last forever. She came to a city of two-story-tall TV screens that light up the night, a city stalked by armies of financial analysts in well-tailored suits.

Now, amid international fears that North Korea may be preparing for another missile test, and relentless over-the-top rhetoric from Pyongyang that it will destroy its enemies, she simply scoffs. The exiles have seen life in both Koreas, and are unimpressed with what they left behind.

"It's not even possible for North Korea to have a war," said the woman, who spent years arranging black market deals for bronze smuggled to China. She asked that her name and other identifying details not be used, to protect relatives still living in the North.

Foreign analysts have long said that North Korea's desperate shortages are, in part, because Pyongyang channels so much of its resources to the military and into weapons development. But in a country where many soldiers have to spend months every year working on farms or construction projects, and where bicycles remain a status symbol for most people, the exiles say North Korea is so poor and undeveloped that it knows it would lose any fight. And lose badly.

North Korea's most recent round of over-the-top threats, including warnings of pre-emptive nuclear attacks on the United States, come in the wake of U.N. sanctions approved after Pyongyang's February nuclear test. They also come during annual U.S.-South Korea military maneuvers, which Pyongyang has long seen as a provocation.

For weeks, foreign governments and analysts have been debating Pyongyang's threats: Is war looming? Are the threats nothing but theater; a search for attention and foreign aid? Is North Korea's new young leader, Kim Jong Un, more dangerous than his father?

In South Korea's small community of North Korean exiles, a group that totals about 24,000 people, the answers to those questions come quickly.

"It's all nonsense," said Nam-su Han, who fled North Korea when he was 20 years old, and now runs a Seoul-based activist group that teaches young South Koreans about life in the North.

Kim "is a little man with no accomplishments," said the nephew of the smuggler, a former soldier who also escaped last year. "He's just trying to show the world how important he is."

"I'm not worried at all" about war, said a former North Korean miner, a friendly man with a mop of uncombed hair who now runs a small Seoul store. "We all know if war breaks out, North Korea will collapse."

Mixed with that disdain, though, is something you may not expect from people who risked their lives, and often left their families, to reach South Korea: a lingering attachment to the nation they abandoned.

"My heart is always with North Korea" said the former smuggler. "Even today."

In part, that is nostalgia for their homeland. But it so reflects the difficulty of life in South Korea for most refugees, who are commonly known here as "defectors."

The exiles come from a place where the government assigns people to schools, to jobs and to apartments. Its security services keep watch over everything and its propaganda dominates television, radio and newspapers. The children of the elite often move swiftly into elite jobs, while the children of farmers and miners normally follow their fathers' footsteps.

South Korea, by contrast, has fostered one of the world's most deeply competitive cultures. It is a nation awash in American-style consumerism that went from an economic backwater to a high-tech and industrial powerhouse in just a couple decades.

In this world, former North Koreans find themselves stumbling to compete for jobs, and to keep jobs they find. Many have immense difficulties fitting in socially. In a culture where height is a measure of attractiveness - but where North Koreans are noticeably shorter because of widespread malnutrition - many have trouble finding spouses.

In a hyper-modern nation, they are often disparaged as ill-kempt uneducated bumpkins.

"It's really difficult to live in South Korea," said a 24-year-old defector, who also spoke on condition he not be identified. He left home at 16 to earn money in China, working on a farm in the mountains, but eventually decided he'd make a new life in the South. While the South Korean government takes care of defectors for a few months, feeding and housing them and trying to ease their transitions, many refugees have left behind all their family and friends.

"It's like being newly born in the world," said the young man, now a business student at a Seoul university. "I have no roots."

Compared to many exiles, he's done well. While he had to go back to high school at age 20, he is now in a business program at a Seoul university. He dresses stylishly - with zip-up plaid shoes, a black t-shirt and a felt blazer - and has largely lost the North Korean accent that once set him apart.

Still, he feels the stigma of his homeland.

"The worst thing about being here is that South Koreans look down on North Koreans, because they come from a poor society," he said, sitting in an outdoor plaza on the edges of Seoul, in between a Burger King and a Coffee Bean coffee shop.

After six years in the city, only a few people know about his past. He's seen the way people look at him when he tells the truth. So he tells most people he's from Seoul. If anyone questions his accent, he says he was raised in the South Korean countryside.

And when he hears talk about tension flaring between his new country and his old?

"It's always heartbreaking," he said.