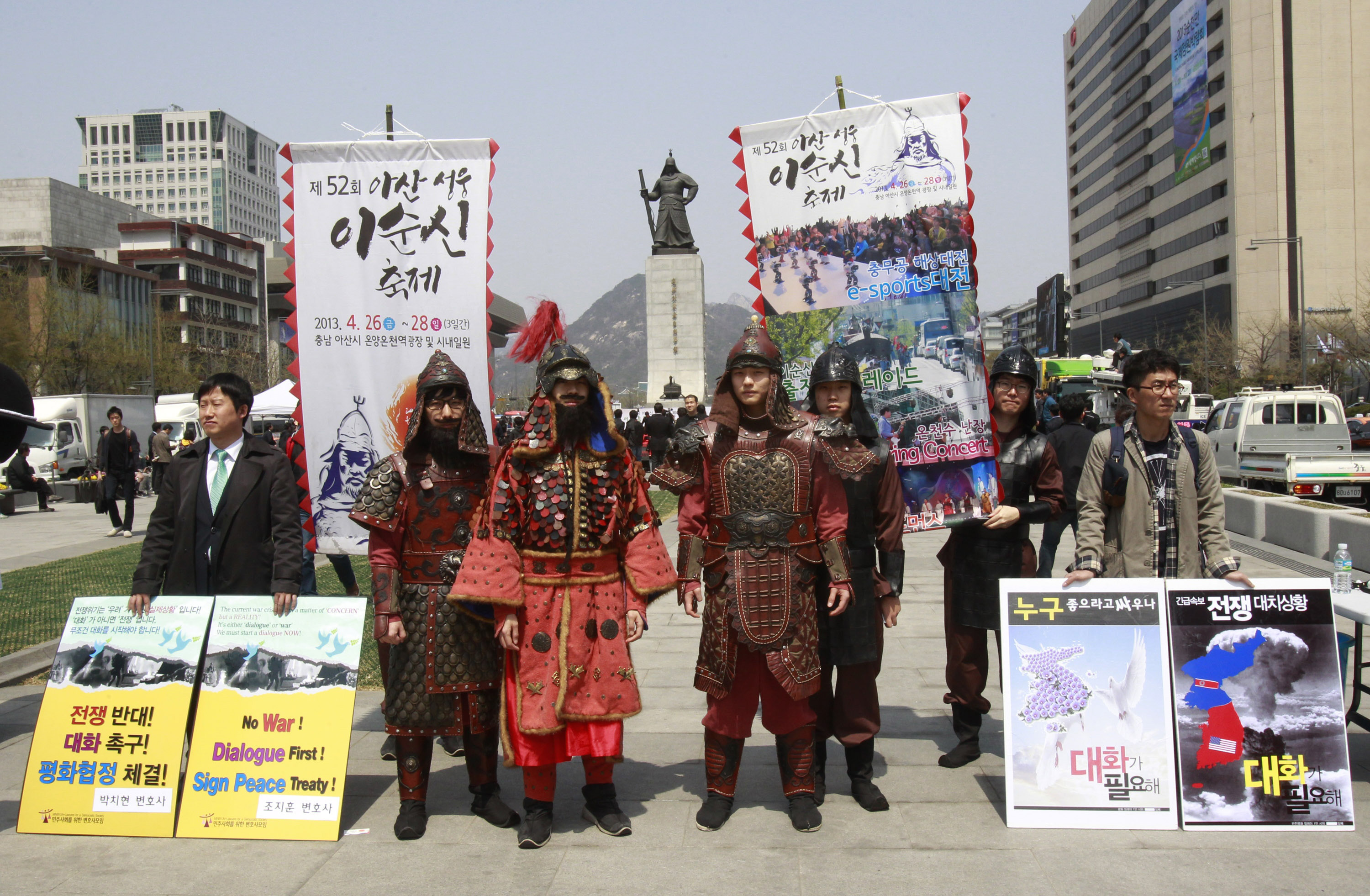 PYONGYANG, North KoreaNorth Korea on Thursday demanded the withdrawal of U.N. sanctions and the end of U.S.-South Korea military drills as conditions for resuming talks meant to defuse tension on the Korean Peninsula.

The statement from the Policy Department of the National Defense Commission, the country's top governing body, came four days after Pyongyang rejected Seoul's latest dialogue offer as insincere. The U.S. says it is prepared to talk to the North but Pyongyang must first bring down tensions and honor previous disarmament agreements.

"Dialogue can never go with war actions," said the statement, which was carried by the official Korean Central News Agency.

Before the talks can resume, the statement said the U.S. must also withdraw all nuclear weapons assets from South Korea and the region. It said South Korea, for its part, must stop all anti-North Korea talks, such as its recent announcement blaming Pyongyang for a cyberattack that shut down tens of thousands of computers and servers at South Korean broadcasters and banks last month. North Korea has denied responsibility for the cyberattack.

Later Thursday, South Korea's Foreign Ministry dismissed the North's demand as illogical. "We again strongly urge North Korea to stop this kind of insistence that we cannot totally understand and go down the path of a wise choice," spokesman Cho Tai-young told reporters.

In recent weeks, North Korea has ratcheted up tension on the divided peninsula, threatening to attack the U.S. and South Korea over the military drills and sanctions imposed for its February nuclear test. Pyongyang calls the annual drills a rehearsal for invasion. South Korean officials have also said the North is poised to test-fire a medium-range missile capable of reaching the American territory of Guam.

The ongoing annual drills, called Foal Eagle, are to finish at the end of April. Seoul and Washington officials say they are defensive in nature, and insist they have no intentions of invading the North.

The U.S. has about 28,500 troops in South Korea to help deter potential aggression from North Korea, a legacy of the 1950-53 Korean War. That war ended with an armistice, not a peace treaty.