Trying to figure out how many wins the Washington Redskins need to save coach Norv Turner's job? Don't ask any of the players.

"That's something that's in the hands of somebody else," kick returner Brian Mitchell said Monday. "All I can do is take care of my job. I'm not going out in particular to say, `Well, I'm trying to save Norv's job.'"

If there is a "Save Norv" campaign at Redskin Park, it is well hidden from view. In a season in which some players have tried to distance themselves from the coach, there is no groundswell for such a cause -- even though the team has played three decent games to rebound from an 0-7 start.

"I don't know about the defense; it hasn't come up with us," quarterback Trent Green said. "As players, it's our job just to play well and go out and do the best we can. If we start getting caught up in personnel decisions and front-office decisions, that's not what we're here for."

It's not a hot topic among the defensive players, either. Middle linebacker Marvcus Patton said it best.

Truth is, only one person knows if there's a magic number of victories Turner needs to get to return for a sixth season, and he isn't saying much. Team president John Kent Cooke has been purposely ambiguous when discussing his coach's future, essentially saying only that it will be evaluated at the end of the season. Sources at Redskin Park say Cooke privately has admitted that, barring an amazing turnaround, he'll have no choice but to dismiss Turner come January.

Of course, Cooke may not be around to make that decision. The team is for sale, and Cooke has many deep-pocketed competitors as he tries to purchase it from the estate of his late father. N current NFL coach has been with his team longer without making the playoffs than Turner, whose 28-45-1 record in four-plus seasons is not appealing to his potential new bosses.

Turner even has appeared resigned to his fate, and shows it in moments of humor unseen in him in years past.

When a Washington Post columnist who has been critical of the coach showed up after practice one day, Turner backed up flush against a wall, threw his arms up and hung his head down in mock surrender. On another occasion, he interrupted an interview with defensive coordinator Mike Nolan by making buzzing sounds as if Nolan were undergoing Marathon Man-like interrogation in a dentist's chair.

But now the team is showing signs of life. After a mistake-riddled run that had players, fans and coaches wondering if everyone had given up, the Redskins (2-8) have victories over the Giants and Eagles sandwiched around a narrow loss to the Cardinals. Not stellar opposition, but at least it's an improvement.

"We are playing as a team over the last three weeks, and we can play better," Turner said. "We can accomplish some things over the next six weeks."

When pressed, Turner says those potential accomplishments include as many victories as possible and improvement by his younger players. Asked about his own fate, he deflects the question the same way he's done all season.

"I know you get tired of hearing it, but this is one week at a time for me," Turner said. "We've got Arizona next, and I'm looking forward to a week of practice."

Nevertheless, with a weak schedule ahead and the possibility that a team with a losing record could make the playoffs in the NFC, there's a chance the Redskins could make a run that could tip the balance back in favor of Turner. He has six weeks to pull it off.

"You guys may think I'm a liar," Turner said, "but I really don't know what qualifies to make the playoffs -- today or in 16 weeks." 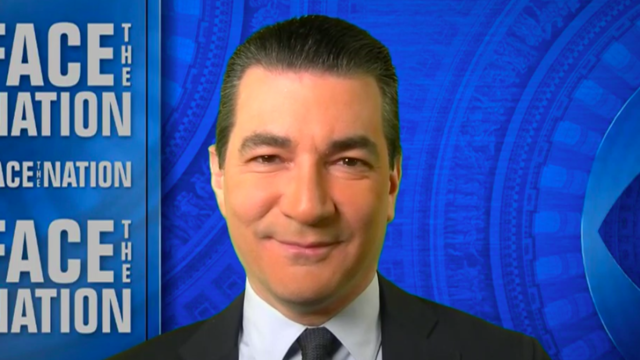 The following is a transcript of an interview with former FDA Commissioner Scott Gottlieb that aired Sunday, May 31, 2020, on "Face the Nation." 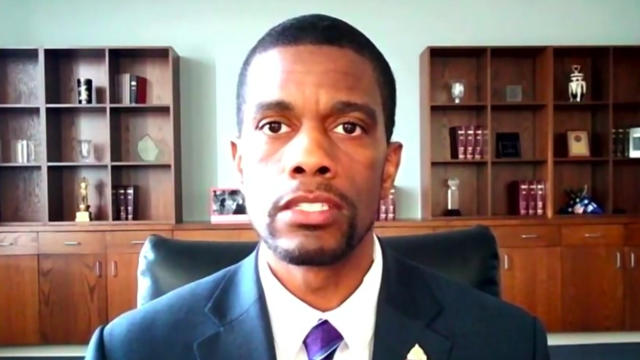