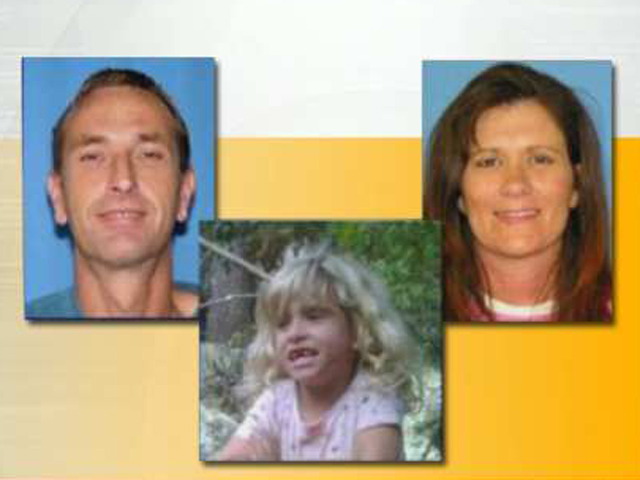 (CBS/AP) OKLAHOMA CITY - Bobby and Sherilyn Jamison and their young daughter Madyson had been looking to purchase a 40-acre plot of land near the Sans Bois Mountains in southeastern Oklahoma when they went missing in 2009.

Hundreds of volunteers and law enforcement officers scoured the area looking for clues that could explain the disappearance. But after locating the family pickup with the girl's dog and a few possessions in it, leads on the case went cold and the search was called off.

Now, four years after the disappearance, authorities believe they may have found the family's remains.

Deer hunters discovered the remains Saturday evening near Kinta, in a rugged, mountainous region. The Oklahoma State Bureau of Investigation said the remains were located about 2.7 miles northwest of where the family's pickup was found a little more than a week after they were last seen.

"It brings a closure," said Jack Jamison, Bobby Jamison's uncle. "Not knowing - especially the little girl - she did nothing to cause something like that. It brings closure. That's about all I can say. It's sad. It's about what we expected."

While it's not yet definitive that the remains are his nephew and his family, all evidence points to it being them, said Jack Jamison, who was contacted by the FBI about the discovery. He said he had no hope the family was still alive four years later, and he believed that foul play had to be involved.

"Law enforcement authorities do not have any information to indicate these human remains are that of the Jamison family; however, since the remains were found approximately 2.7 aerial miles northwest of where Bobby Jamison's pickup was found in 2009, authorities are looking into the possibility of the remains belonging to the Jamison family," the OSBI said in a statement.

A spokeswoman for the Office of the Chief Medical Examiner said Monday that the office has received skeletal remains of two adults and one child. The office will use anthropological and, if necessary, forensic pathological methods to determine if the remains belong to Bobby Jamison, who was 44 when he went missing, and his wife, Sherilyn Jamison, who was 40 at the time of the disappearance, and their 6-year-old daughter, Madyson.

"Depending on the features of these remains and their state of preservation, identification can take anywhere from days to years," spokeswoman Amy Elliott said in a statement.

Latimer County Sheriff Jesse James did not return a message seeking comment on the case.

Then-Latimer County Sheriff Israel Beauchamp told The Associated Press in 2009 that a landowner in the Red Oak area last saw the family on Oct. 8. A little more than a week later, on Oct. 17, an air and ground search involving more than 300 volunteers and dozens of law enforcement officers was launched after hunters discovered the family's pickup truck at a remote well pad site near a 40-acre plot of land the family was considering buying. A wallet, purse, cell phones, cash and Madyson's small dog were found inside the truck.

There were no signs of foul play and it appeared the family had planned to return to the truck.

Heavy rains hit the area during the time family went missing, but Beauchamp said he didn't think the creek would be strong enough to sweep away the adults. The sheriff said both Bobby and Sherilyn Jamison were disabled and did not work. The family was originally from the Oklahoma City area but had moved to Eufaula and often traveled to time-share units around the country.