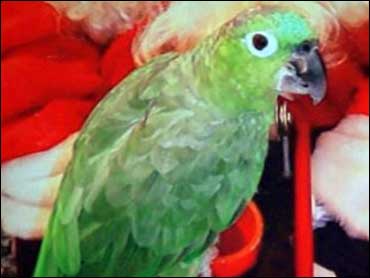 An unwelcomed intruder has bird-napped a beloved, skateboarding parrot from his cage in front of his owner's home in the tony Baldwin Park neighborhood of Los Angeles, reports CBS2.

A neighbor's security camera next to Fred Mireles' home recorded the crime in progress.

Surveillance video captured loud shrieks from Gordo the Parrot as the 30-year-old bird was taken from his cage just after 10 a.m.

Gordo is a well-known icon in the Baldwin Park neighborhood.

Gordo's owner Fred Mireles often takes the bird on walks with his skateboard.