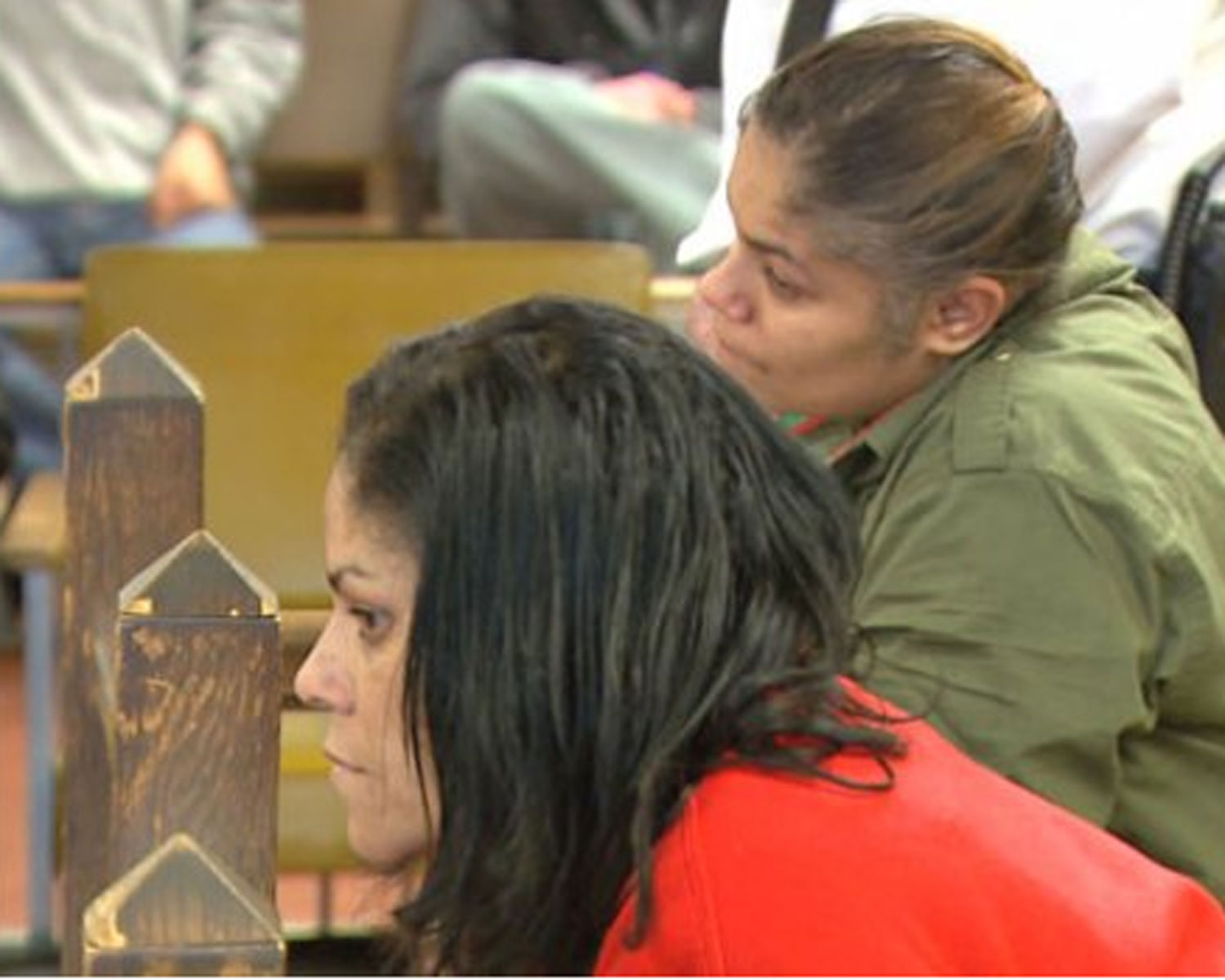 MARLBOROUGH, Mass. – Two days before Christmas, two sisters stood together as suspects in the unarmed robbery of an 81-year-old woman.

CBS Boston reports that Lizette Nevarez, 47, is charged with unarmed robbery of a victim over 65, and assault and battery on a victim over the age of 65 resulting in injury, larceny, fraud and conspiracy. Her sister, 40-year-old Anna Nevarez, faces conspiracy, fraud and larceny charges.

Monday, the sisters, dressed in red and green, respectively, pleaded not guilty to the charges in Marlborough District Court.

According to Hudson Police Chief David Stephens, on Wednesday, Lizette allegedly approached the elderly victim outside of a Petco, pushed her to the ground and snatched her purse.

Stephens said the victim was taken to the hospital while the sisters went on a shopping spree. From flat screen TVs to toilet paper, the pair allegedly used the victim’s card to snag nearly $1,000 worth of goods at a nearby Walmart. Police identified the two women through surveillance video and eyewitness accounts, but defense attorneys argued a lack of evidence, specifically pointing towards the victim’s inability to identify her attacker.

“The victim was given a photo array, but she was so shaken up by the act she didn’t think she’d be able to identify the two suspects,” Chief Stephens told CBS Boston, adding, “…but one of the eyewitnesses actually chased (the suspect) as she fled from the scene and he couldn’t catch her.”

Stephens said Police recovered most of the items purchased with the stolen card but some things are more difficult to replace. “I believe she was planning a trip and I believe her airline tickets were in the purse and those were taken. Again, a cowardly senseless act.”

Nevarez family members left Marlborough District Court with no comment except they hope the victim makes a speedy recovery.

According to Stephens, the victim was released from the hospital last week and is recovering at home.