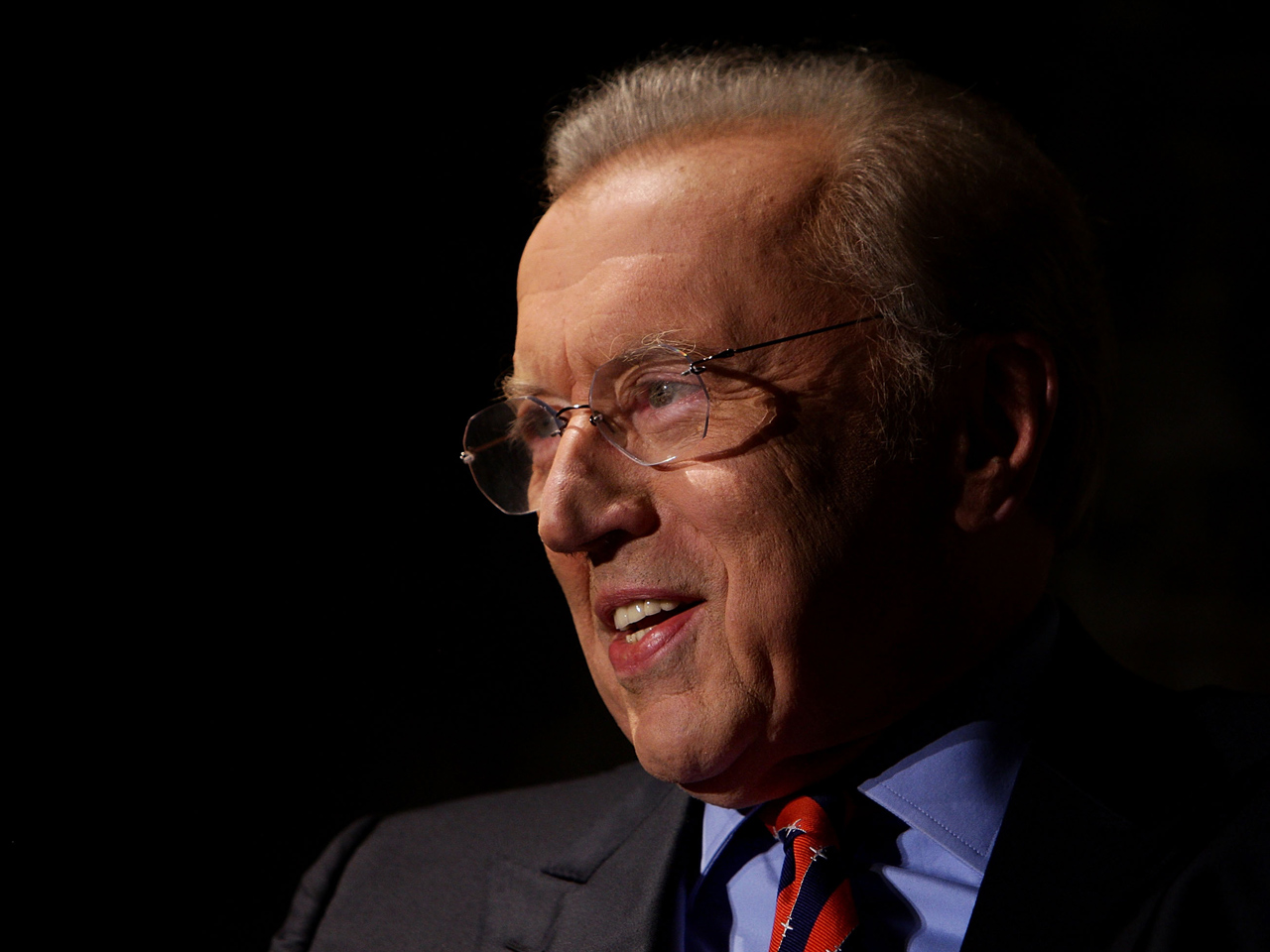 LONDON Veteran British journalist and broadcaster David Frost, who won fame around the world for his TV interviews with former President Richard Nixon, has died, his family told the BBC. He was 74.

Frost died of a suspected heart attack on Saturday night aboard the Queen Elizabeth cruise ship, where he was due to give a speech, the family said. The cruise company Cunard said its vessel left the English port of Southampton on Saturday for a 10-day cruise in the Mediterranean.

Prime Minister David Cameron was quick to send his condolences, praising Frost for being an "extraordinary man with charm, wit, talent, intelligence and warmth in equal measure."

"The Nixon interviews were among the great broadcast moments — but there were many other brilliant interviews," Cameron said. "He could be — and certainly was with me — both a friend and a fearsome interviewer."

The BBC said it received a statement from Frost's family saying it was devastated and asking "for privacy at this difficult time."

Frost's career on television news and entertainment spanned almost half a century. He interviewed many world leaders and celebrities, including Henry Kissinger and the Beatles.

But Frost is best remembered for his interviews with Nixon in 1977. Recorded after the Watergate scandal and the president's resignation, they achieved the largest audience for a TV news interview in history.

Frost had been awarded all the major television awards for his illustrious career. He was knighted by Queen Elizebth in the New Year's Honours List of January 1993 and honored by the Museum of the Moving Image in New York in 1998 and by the Museum of Broadcasting in New York in 1999. In 2005, he was awarded the BAFTA Fellowship, their highest honor.

In 2009, at the International Emmy Awards Gala, Frost was presented with the Founders Award.

"I'm not exactly chopped liver when it comes to doing interviews," Barbara Walters told the audience before presenting the award. "But in my opinion and the opinion of millions who have watched and listened to him for so many years, David is the best interviewer there is and he makes it look so easy."

Walters noted that Frost holds the unique distinction of having interviewed seven U.S. presidents as well as seven British prime ministers during a career in which he's hosted and produced his own shows for more than 40 years, including the recent "Frost Over the World" for Al Jazeera English, with whom he signed on in 2005.

Charlie Courtauld who worked as the series editor for "Frost Over the World," said in a press release: "What was remarkable about Sir David was his ability to put any interviewee at ease - from the most high and mighty to an ordinary person in the street. He found interest in anybody. Whoever he was interviewing would realize that Sir David was genuinely interested in them and their lives. He was very much a people person."