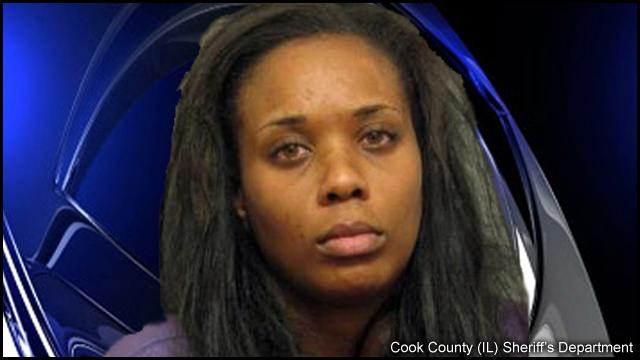 James Pritikin, Wade's attorney, filed an emergency motion and appeared in court Tuesday to have it heard, hours before the Miami Heat guard was to play in Game 4 of the NBA Finals against the Oklahoma City Thunder. Wade told The Associated Press his sons have been with him since early Sunday morning and "that's what mattered most to me."

According to the filing, the two boys were to be picked up by Wade's sister around noon Saturday to make an afternoon flight from Chicago to Miami so they could be in South Florida for Father's Day. Wade's sister got no response at the home and after "several hours" the Cook County Sheriff's Office was called to send someone to the scene.

The court filing said Funches-Wade tried to leave the home without the children when one of the deputies tried taking her into custody. The boys were with another woman named Nadgee Alarcon at the time of the arrest inside the home.

Wade hired a private jet to bring his sons home early Sunday. The court filing said Wade's older son told him that Alarcon "smacked him on the head" and was "cursing at him with abusive language," WTSP reported.

Funches-Wade posted $10,000 bond on Monday and is due back in court in August. Records show Funches-Wade was taken to the hospital after the incident on Saturday, telling officers she was experiencing shortness of breath and thought she was having an asthma attack.

The couple was divorced in 2010. Wade was awarded custody of the boys in March 2011. His ex-wife's appeal of that decision was denied in December and the couple is scheduled to return to court in September in an attempt to complete financial terms of the divorce.

For his part, Wade said the incident has not adversely affected his play in the NBA Finals.

A hearing for the motion was set for June 26.