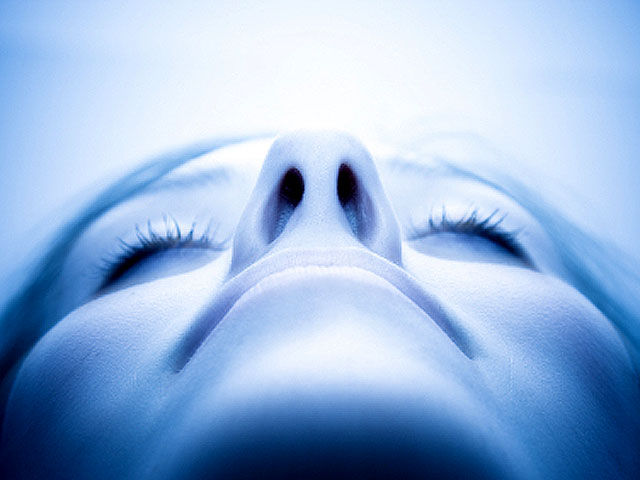 (CBS) Sinus infection sufferers know the stuffy, congested feeling might not go away without a trip to the doctor's office. But according to a new study, the antibiotics that doctors often prescribe for sinus infections might be no more effective than a spray or pill on drugstore shelves.

The study raises concerns about drug resistance and whether doctors are too eager to dole out antibiotics for the common infection.

For the study, published in the Feb. 15 issue of the Journal of the American Medical Association, researchers looked at 166 patients diagnosed with a sinus infection and gave them all a week's supply of over-the-counter meds to relieve pain, fever, congestion, and coughing. Half of the patients were also given a 10-day course of the antibiotic, amoxicillin; the other half got a placebo.

The researchers checked whether symptoms of facial pain, cough, runny nose, and post-nasal drip showed improvement by calling participants at days 3, 7, 10 and 28 of the treatment. How did the sinus infection sufferers fare?

On day 3, there was no difference in improvement between placebo-takers and those prescribed antibiotics. On day 7, the antibiotic group reported a slight improvement that the researchers said was unlikely to represent a noticeable relief in symptoms, but that edge disappeared by day 10, when 80 percent of patients in both groups reported they felt better or cured.

According to the authors, as many as one in five antibiotic prescriptions are for sinus infections.

"I think the data are something like 90 percent of people that go to a doctor's office and receive this diagnosis will be given an antibiotic prescription," study author Dr. Jane Garbutt, a research associate professor of medicine and pediatrics at Washington University School of Medicine in St. Louis, told WebMD. "I think that we should try and significantly reduce that percentage."

The study authors say antibiotics are overused in the primary care setting, which may contribute to the rising rates in antibiotic resistance.

"I think patients feel awful, and they want something to feel better quickly, and physicians want to treat the patient," Garbutt told ABC News. "Everyone is between a rock and a hard place."

Dr. Linda Dahl, an ear, nose and throat specialist at Lenox Hill Hospital in New York City, told HealthPop that amoxicillin is known to have a 30 to 40 percent resistance.

"There's such high resistance to amoxicillin, I wasn't really that surprised there was no difference," Dahl told HealthPop.

But she also thinks the study focused too narrowly on that one type of antibiotic, when she said some doctors will prescribe less-resistant types such as Augmentin, Levaquin, and Biaxin to treat a sinus infection that won't go away.

Dahl thought a key part of the study was that all participants were treated with over-the-counter medicines like decongestants and expectorants to relieve symptoms.

"I tell my patients O-T-C decongestants are almost as important as antibiotics, for sinusitis specifically," Dahl told HealthPop. She said the structure of the sinuses, which are basically holes in the head, lets the sinuses filter air. A sinus infection causes inflammation and mucus to build up, and prevents this filtration. Even if the doctor prescribes an antibiotic, she says, without the help of a decongestant to let air flow through the sinuses, the area will keep getting infected.

How long should a person let a possible cold or sinus infection go until they see a doctor?

Dahl, who says she too is concerned by antibiotic resistance and tries to treat the infection by other means first, says, "If you've been sick for two weeks and have been taking decongestants, it's probably not going to get better on its own."