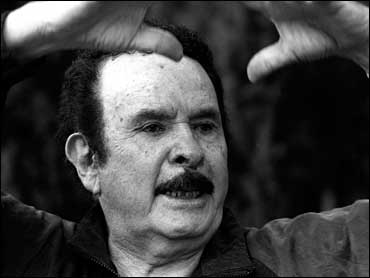 Mexican mariachi singer and actor Antonio Aguilar, who recorded more than 150 albums and began his acting career during Mexico's "Golden Era" of cinema, has died in Mexico City. He was 88.

He appeared in 167 films, including "The Undefeated" starring John Wayne.

Aguilar's son, singer Pepe Aguilar, is also one of Mexico's best-known performers and has been nominated for a Latin Grammy six times.

The elder Aguilar was the first Mexican artist to mix concerts with rodeos in shows that featured his actress-singer wife, Flor Silvestre, his two children and dancing horses. In the 1970s, he took his show to major cities in the United States and Latin America.

"Antonio was the one to open doors for us in the United States and in Latin America with his great show," said ranchera singer Vicente Fernandez.

"I love to be in the USA," he told hundreds of fans who gathered for the occasion. "This is one of the most important episodes of my life. I never expected this."