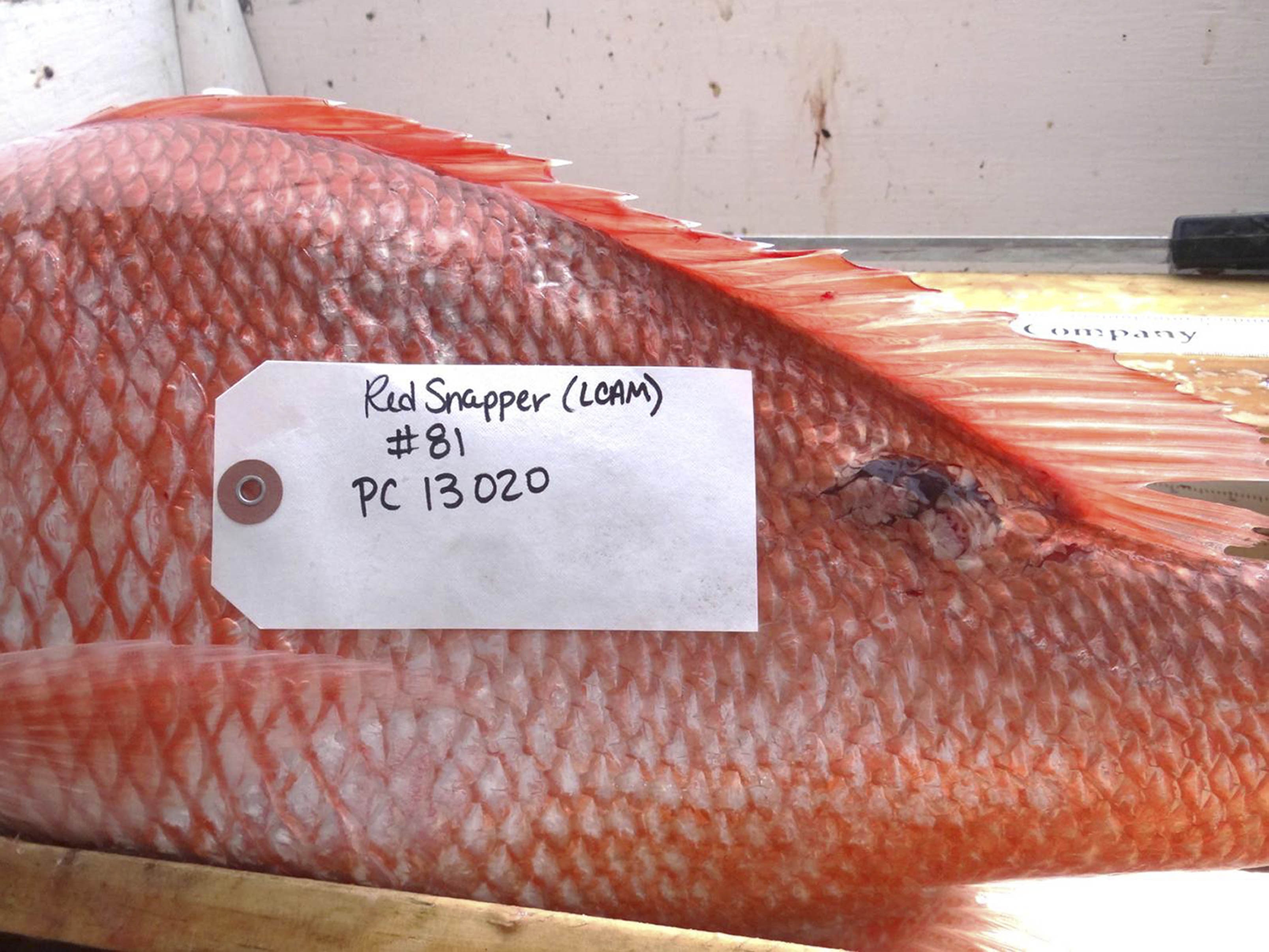 (CBS/AP) BARATARIA BAY, La. - Two years after the massive Gulf of Mexico oil spill, scientists say they're finding trouble with sick fish that dwell along offshore reefs and in the deep waters - especially in places where the oil spill hit the hardest.

The scientists are unsure what's causing a small percentage of the fish they're catching to have large open sores and strange black streaks. The biggest question is whether contaminants from the BP spill are causing the problems.

According to a lengthy report by Al-Jazeera English, Gulf Coast fishermen as well as scientists have found "disturbing numbers of mutated shrimp, crab and fish."

Tracy Kuhns, a commercial fisher, told Al-Jazeera, "At the height of the last white shrimp season, in September, one of our friends caught 400 pounds" of eyeless shrimp.

A seafood processor told the network that shrimp numbers are down and that shrimp are "immune compromised" and being found with "tumors on their heads."

BP claims that seafood in the area remains safe.

"Seafood from the Gulf of Mexico is among the most tested in the world, and, according to the FDA and NOAA, it is as safe now as it was before the accident," BP told Al-Jazeera in a statement.

Scientists say the fish illnesses don't pose an increased health threat to humans and can't say for sure if the spill is the cause or even if the number of sick fish is normal. The illnesses, however, could be devastating to prized species and the people who make their living catching them.