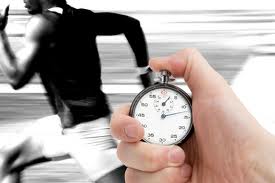 Dimensional Fund Advisors (DFA) is a low cost passive mutual fund family. It's based on the work of esteemed finance professors Eugene Fama and Ken French, known as the Fama French Three Factor Model, that shows additional return can be achieved by weighting portfolios toward smaller and value companies.

DFA is celebrated for great performance, but fund researcher Morningstar gives the family mediocre performance ratings. And these funds can only be purchased through an advisor, meaning you get lower returns after advisor fees. Here are my findings and what they may mean to you.

Morningstar categorizes 99 percent of assets within DFA funds into one of four asset classes, and rates each DFA category as average between a dismal 2.2 star to a more respectable 3.4 star as shown here.

I took a weighted average of the four categories based on each asset class size and calculated a 3.0 average rating from Morningstar. This is in spite of having expense ratios that Morningstar defines as very low. By comparison, Vanguard funds average nearly 3.6 stars.

Now before jumping to the conclusion that DFA has only performed average, I looked at the Morningstar overall performance versus the category average over the past five years. Between 2007 and 2011, DFA funds returned a total of 16.2 percent, which bested the category average of the same asset classes by 5.9 percentage points. Granted, these returns are before the advisor fees charged, but the performance ratings should also be before any fee charged by those advisors, since DFA funds are no load.

I spoke to Russel Kinnel, Director of Mutual Fund Research at Morningstar, about the paradox of DFA outperforming its peers yet getting only average star ratings. Kinnell noted the star ratings were based on past performance over a combination of three, five, and ten year periods. He looked at the domestic stock ratings and pointed out several that, over the five year period, had below average performance versus the category average.

Kinnel agreed that, as a whole, DFA had outperformed the category average during the five year period. Kinnel stated, however, that this wasn't true on a risk adjusted basis. First, DFA holds less cash than other active funds, which increases volatility. Second, DFA funds tend to be more volatile, as they hold more smaller cap stocks than other funds in the same category. For example, The DFA US small Cap fund (DFSTX) holds stocks that average only $0.912 billion in market capitalization, while the average for the category is nearly double at $1.761 billion. The smaller companies have greater volatility, and the Morningstar performance is adjusted for this volatility.

DFA vice president Weston Wellington responded "Dimensional balanced strategies have outperformed Morningstar Model Portfolios by an appreciable margin over the last 10 years, so it does not appear that ratings are especially helpful in selecting the best performing funds." He did note that DFA tends to tilt more heavily into small cap and value, which could be consistent with Morningstar's average performance ratings, adjusted for additional volatility.

DFA vs VanguardIf Everyone Indexed

The extra return from DFA funds was never touted as a free lunch -- only as compensation for taking on more risk.  Morningstar adjusted for this risk and found DFA returns only to be average.  I'm a bit surprised, however, that they didn't beat the category average, even adjusted for risk.  That's because their lower than average expense ratios alone would have predicted above average risk-adjusted returns.

The odds against a DraftKings-FanDuel merger