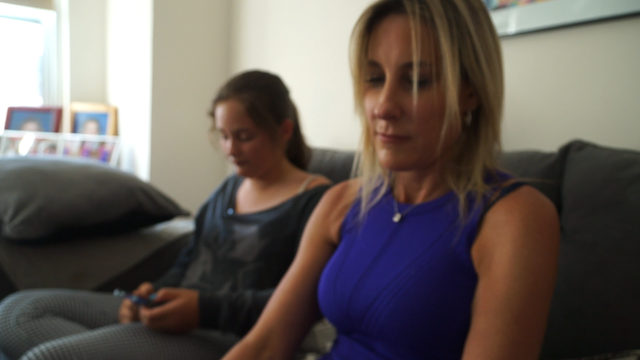 Now that American kids have greater access than ever to the Internet -- not just at home, but on mobile devices wherever they go -- parents are facing a new set of dilemmas: should you monitor where your kids go, what websites they visit and what they say and see on social media? Or should teens be allowed a realm of privacy away from the prying eyes of parents?

According to the Pew Internet Project, more than three-quarters of American children ages 12 to 17 had cellphones as of 2012; almost half of those devices were smartphones with Internet, social media and email access. The age at which children get their first mobile device is getting younger, too; one survey found nearly 40 percent of fifth graders have their own cellphones.

For parents who want to track their children's activities on their home computers and mobile devices, there are a number of free or inexpensive options available.

Location-tracking apps like Find My Kids and GPS Tracker Pro send data to a parent's phone or computer letting them know where their child's mobile device is and and how fast it's moving at any given moment.

Then there are services like Uknowkids, Qustodio, AVG Family Safety and MamaBear that go even further by combining location tracking and parental controls with another dimension of surveillance: monitoring who kids are texting or connecting with on social media and in some cases what they are posting on Facebook, Twitter, Instagram and more.

Rachel Blakeman, a New York-based psychoanalyst/psychotherapist, gave smartphones to her two daughters, ages 8 and 11. She downloaded MamaBear for them when her older girl started to go to school by herself. On the child's phone, MamaBear makes it quick and easy to send parents status updates. "She would text me as she got to the bus stop and then she would text me when she got to school," Blakeman said.

MamaBear also has GPS tracking and automatically alerts her when her child leaves and arrives at set destinations, giving Blakeman peace of mind even if her daughter forgets to check in. Rather than worrying about being too intrusive, Blakeman says she thinks the digital monitoring actually allows her daughters "more freedom" because she can always tell that they are "where they are supposed to be."

MamaBear founder and president Robyn Spoto told CBS News via email, "A little more than half of the notifications we send are location." But she noted that parents who use the app seem increasingly concerned about what kids are doing online with their phones. Spoto reported that "30 percent [of notifications] are social media notifications but that gap is narrowing as more families are using our social monitoring feature."

At least 75 percent of teens age 13 to 17 have at least one social media account, according to Common Sense Media. More than two-thirds say they text every day. Parents worried about how their kids interact online can receive notifications from MamaBear or similar apps when their kids send or receive friend requests, use certain words, or are tagged in photos.

Spoto considers her app part of the evolving "village" it takes to raise kids. "MamaBear and other digital parenting resources are part of the village. If parents attempted to stay up with how to use it all and be adept enough to be purposeful, we'd get nothing else done. What doesn't change is our concern to protect our children from strangers, bullies, themselves. Their digital footprint just changes the potentially harmful longevity of choices made when stretching boundaries as first time social users."

But not everyone agrees that tracking everything children do online is a good idea.

Caroline Knorr, parenting editor at Common Sense Media, worries that child monitoring apps "may prey on parents' fears. Most kids use media safely. Stranger danger is not the biggest risk for kids."

She considers cyber-bullying to be a far more common and greater risk. But she thinks social media monitoring technology is unlikely to catch that problem. "Kids know technology better than their parents do. If you rely on technology to monitor your kids or prevent them from engaging in online risks you are getting a false sense of security. Any determined kid can defeat any technology you put out there. Even if the company says they can't, they can."

Furthermore, Knorr says parents need to recognize that kids "believe that their phones are sacred and private." To her, parents who try to intrude on that are setting up a "parent versus kid situation, even for good kids who are not doing anything wrong."

Instead of using technology to snoop on kids' digital activities, she urges parents to discuss boundaries and appropriate online behavior with their children and to "parent around the device" by "doling out features sparingly" when the phone is new. She suggests opening up more features as the child demonstrates the ability to "follow the rules and meet expectations and understand consequences."

Jen Nessel, a communications coordinator for The Center for Constitutional Rights in New York and mother of an 8-year-old boy, agrees that fear drives a lot of parenting decisions. She thinks parents these days need to "relax a little," observing that "the world is far less dangerous now than it was in the 'paleolithic' pre-digital age, by any measurable standards."

To a certain extent, she believes that kids need to be free to make their own mistakes: "There's a lot of stuff out there we would rather they not be exposed to until they're ready, if ever. It's perfectly normal to put on the parental controls on the computer, on your phone, on your television." But to her, monitoring a child's personal media use is different. "I think we're in a very different world now where it is possible to surveil our children constantly, which doesn't mean that we should. There's ways in which we want to keep our children safe, of course, but at the same time we have to respect them as whole human beings who deserve privacy."

Nessel -- who outlined her parenting philosophy in a Huffington Post article titled "A Beta Parent Manifesto" and also co-authored the book "Goodnight Nanny-Cam: A Parody for Modern Parents" -- says it's a lesson she learned from an earlier generation. When Nessel's mom was a girl, she'd been horrified that her mother insisted on reading her diary; "She was very clear she would never do that with me and I would never do that with my child either," Nessel recalled.

Nessel is working now to prepare her son for his inevitable social media life. "There's a lot of conversations we're having that I hope will prepare him... I'll warn him against saying stupid things that could come back to haunt him, against being mean to people, because it's too tempting in an anonymous space sometimes," she says. "But I think the parenting has to happen before that and outside of that."

Even parents who feel comfortable with monitoring technology recognize it must be used carefully or turned off in certain situations. Tracking a child's cellphone can put whomever they're with -- their other parent, grandparents, family friends -- under surveillance as well.

Blakeman is divorced, and says she discussed use of the MamaBear app with her ex-husband as well as her daughters. She disabled features on the app that could monitor her ex-husband's driving habits when he is with the girls. MamaBear's Spoto says the company is working on features to allow divorced families and non-parent caretakers to turn on and off sets of features.