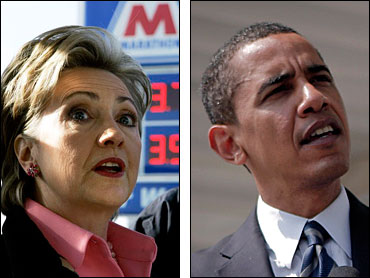 Now that you've named three people to help you pick a running mate, they surely will list the pros and cons of Hillary Rodham Clinton. And no doubt some kibitzers will do the same without your encouragement.

We happily fall into the second category, so we asked an array of political insiders, from all persuasions and parties, to offer their thoughts. Herewith, free of charge, is a summary of their responses.

Pro: She helps with white, working-class voters. They abandoned you in droves in key states such as Ohio and Pennsylvania. Although they lean Democratic, many are threatening to stay home or vote for John McCain in November. Clinton appeals strongly to them, and she might help you keep Michigan and Pennsylvania in the Democratic column (from 2004) while boosting your chances to grab Ohio, Missouri and Florida.

Con: She undermines your core message. Your campaign theme from Day One was "Change." You made it clear you weren't referring only to the Bush administration but to a longer legacy of partisan warfare and endless score-settling in Washington. That reads "Clinton administration." Choosing Hillary Clinton may be a smart conventional move, but it smacks of predictable, old-school politics and it summons the ghosts of the divisive 1990s.

Pro: She has enough experience and political heft to convince voters she could be president at a moment's notice, the "threshold question" for a vice president.

Con: You two don't seem to like each other very much. When you were closing in on the nomination, she kept exposing your weaknesses and portraying you as second-best. On your night of triumph, she stole your thunder by refusing to concede and by dropping hints of a vice presidential slot. Where is the chemistry, the trust, the compatibility?

Pro: She puts a battler on your team. The vice presidential nominee typically is the hatchet man (or woman) who leads the attack against the other ticket. Spiro Agnew worked it beautifully; John Edwards eschewed the role, with unhappy results. You're the basketball player, but Hillary Clinton throws elbows with the best.

Con: Battlers can overdo it. Fair or not, Clinton is a divisive figure who causes millions of Americans to seethe. No one stirs up the conservative base like she does, and that might offset the good she does in key Rust Belt regions and elsewhere.

Pro: Bill Clinton. She comes packaged with the most successful Democratic politician of his generation. Still revered by many Democratic voters, he is an instinctive, fierce campaigner who left office with high approval ratings, a federal budget surplus and a nation at peace.

Con: Bill Clinton. Throw the "No Drama Obama" mantra out the window. The former president is a larger-than-life character who can't avoid microphones, cameras or controversy, even when campaigning as a surrogate. Opponents not only would dredge up the Lewinsky affair, impeachment, Lincoln Bedroom fundraisers, presidential pardons, etc., they also would delve into more recent questions about his huge fees from foreign interests and the possible national security conflicts they could present.

Pro: She helps with women and Hispanics. Yes, this is partly a subset of Item No. 1. But Clinton ran very well among Hispanics, who are important to your hopes of winning Florida, Colorado and New Mexico. And many high-income, college-educated women also were drawn to her and are keenly disappointed at her second-place finish.

Con: How much history will Americans make? Political scientists know voting trends to the micro-precinct level, but no one has ever tested whether the nation will elect a woman or a black to the White House. Combatting the combined powers of racial and gender prejudices in one year may be too much to ask.

Pro: She brings a proven team of fundraisers, planners and volunteers to the ticket.

Con: Why not get two for the price of one? To safeguard her husband's legacy and her own ambition, Hillary Clinton surely must campaign vigorously and wholeheartedly for you, whether she's on the ticket or not. Let her do so while you pick a running mate who brings other strengths.

Pro: She might put Arkansas in play. Bush won the state easily in 2004, but maybe the state's former first lady, whose husband's presidential library is in Little Rock, can put it in your column.

Con: She has dubious taste in music. Throughout Pennsylvania she played the theme from "Rocky," a movie about a white protagonist who beats up a black man before losing to him. And she made a Celine Dion tune her official campaign song. Enough said.
By Charles Babington