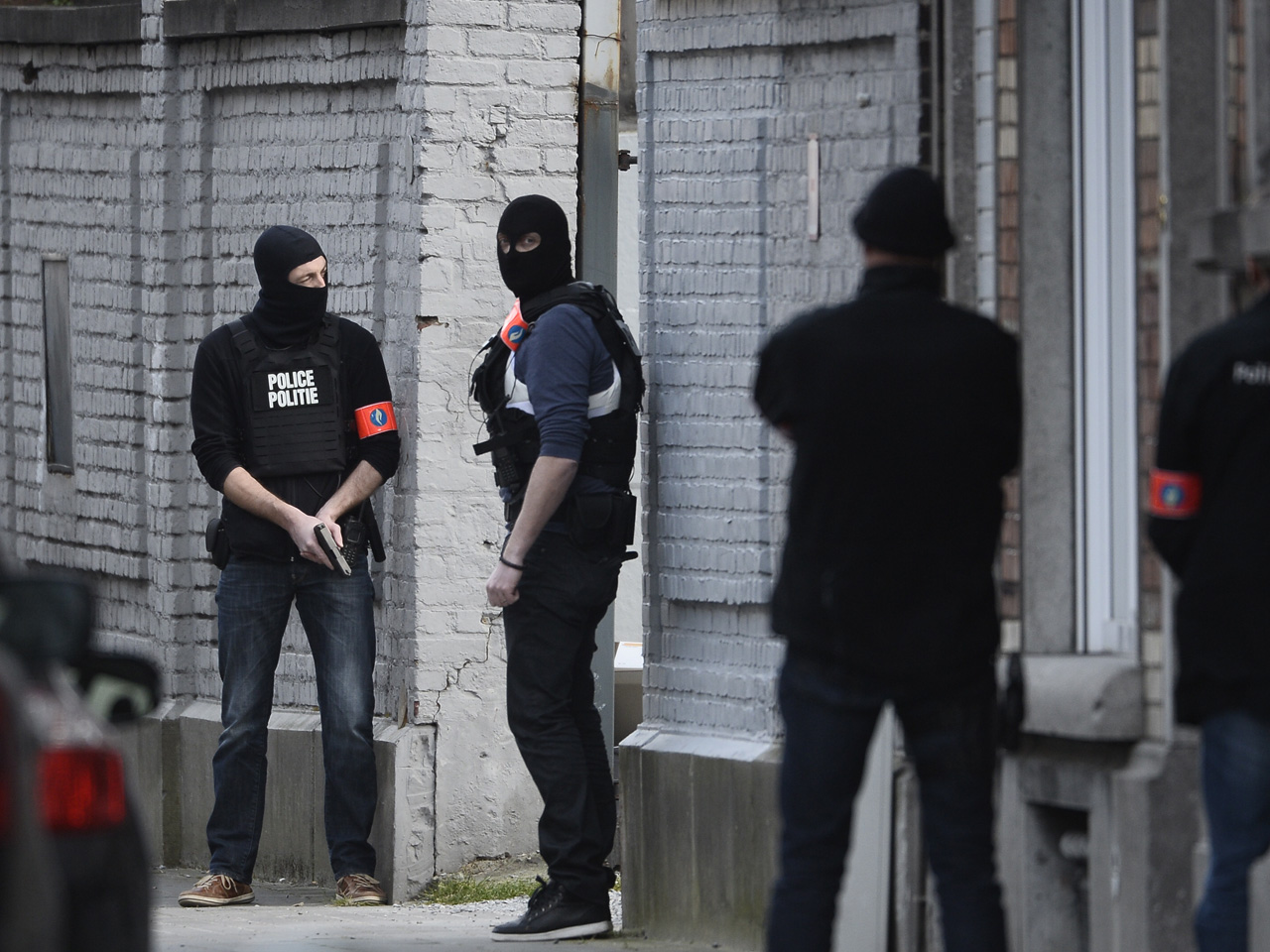 BRUSSELS - Belgian police launched a manhunt in a Brussels neighborhood on Tuesday after at least one gunman opened fire on officers during an anti-terror raid linked to last year's Paris attacks, officials said. Four police officers were slightly injured during the operation.

Officers were checking an apartment when they came under fire. Later, a body was found inside the apartment, although the deceased has not been identified and it's not clear how they died.

Two hours after the first shots were fired, a big swathe of the Forest neighborhood was in lockdown as special police units in body armor and balaclava hoods moved in, several with their guns drawn.

A helicopter was hovering overhead to patrol the area as police were still hunting for at least one suspect.

It wasn't immediately clear if the two people escaped, or whether police were searching for more people.

A police official, who requested anonymity because the operation was still ongoing, also said it wasn't clear if the police officers were struck by bullets or injured in another way.

Another official said that the anti-terror raid in the Forest neighborhood was linked to the Paris attacks on Nov. 13 that killed 130 people. The lockdown in the area continued more than an hour after the first shots were fired and is close to Molenbeek, home to several people involved in the Paris attacks.

Police sealed off a wide perimeter around the area where the shots were heard to keep the many bystanders at a safe distance. A helicopter was hovering overhead to patrol the area as police were still looking for at least one suspect.

Several hundred spectators were trying to get a closer look at the operation in the multicultural neighborhood, which has a big Audi car factory nearby. Audi asked its personnel to stay at the plant while the police raid was going on.

Several hooded officers wearing body armor milled around the neighborhood and ambulances were on standby.

Four months on, Belgian police and magistrates have been still piecing together the role Belgian nationals played in aiding the Paris attackers, as well as trying to track down missing suspects including international fugitive Salah Abdeslam, whose brother Brahim was one of the suicide bombers.

ince the attack, Belgian police have been busy, making numerous arrests in and around Brussels of people suspected of supporting the attackers in Paris. The attacks in Paris have also raised fears that homegrown terrorists will turn against their country before long.

The suspected ringleader of the attacks was a Brussels resident, Abdelhamid Abaaoud. Another attacker, Bilal Hadfi, was said to have lived for a time in the Forest neighborhood.

Belgian authorities have stepped up their counterterror efforts since a lone gunman killed four people at the Brussels Jewish museum in May 2014. The small Western European country has also been prime recruiting ground for the Islamic State group, and officials freely acknowledge their concerns about what radicalized recruits might do after returning home from the battlefields of Syria or Iraq.

Tuesday's raid was a reminder of the anxious days the Belgian capital lived through in November and December, when the subway and schools were closed for a time, and the New Year's Eve fireworks display was cancelled because of the threat of extremist violence.