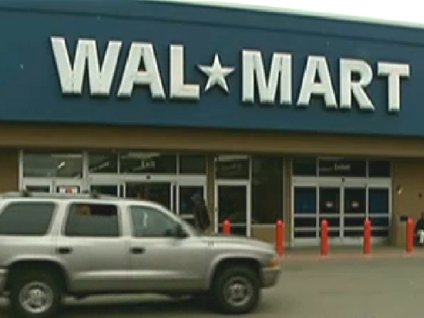 A shooting victim is in critical but stable condition after being accosted by would-be thieves in the parking lot of a Walmart store early Friday morning, police said.

Just before 2 a.m., police responded to reports of a fight in the parking lot at the Walmart in San Leandro, near Oakland.

According to the police report, customers who were walking to their car were confronted by multiple suspects who asked them for their items. When the victims refused, a fight broke out. One suspect pulled out a gun and fired.

Police said some of the victims wrestled down one suspect as another suspect fled.

Police arrested the suspect, an adult male in his mid-20s. It is not known he is the gunman.

The gunshot victim is in critical but stable condition at a local hospital.