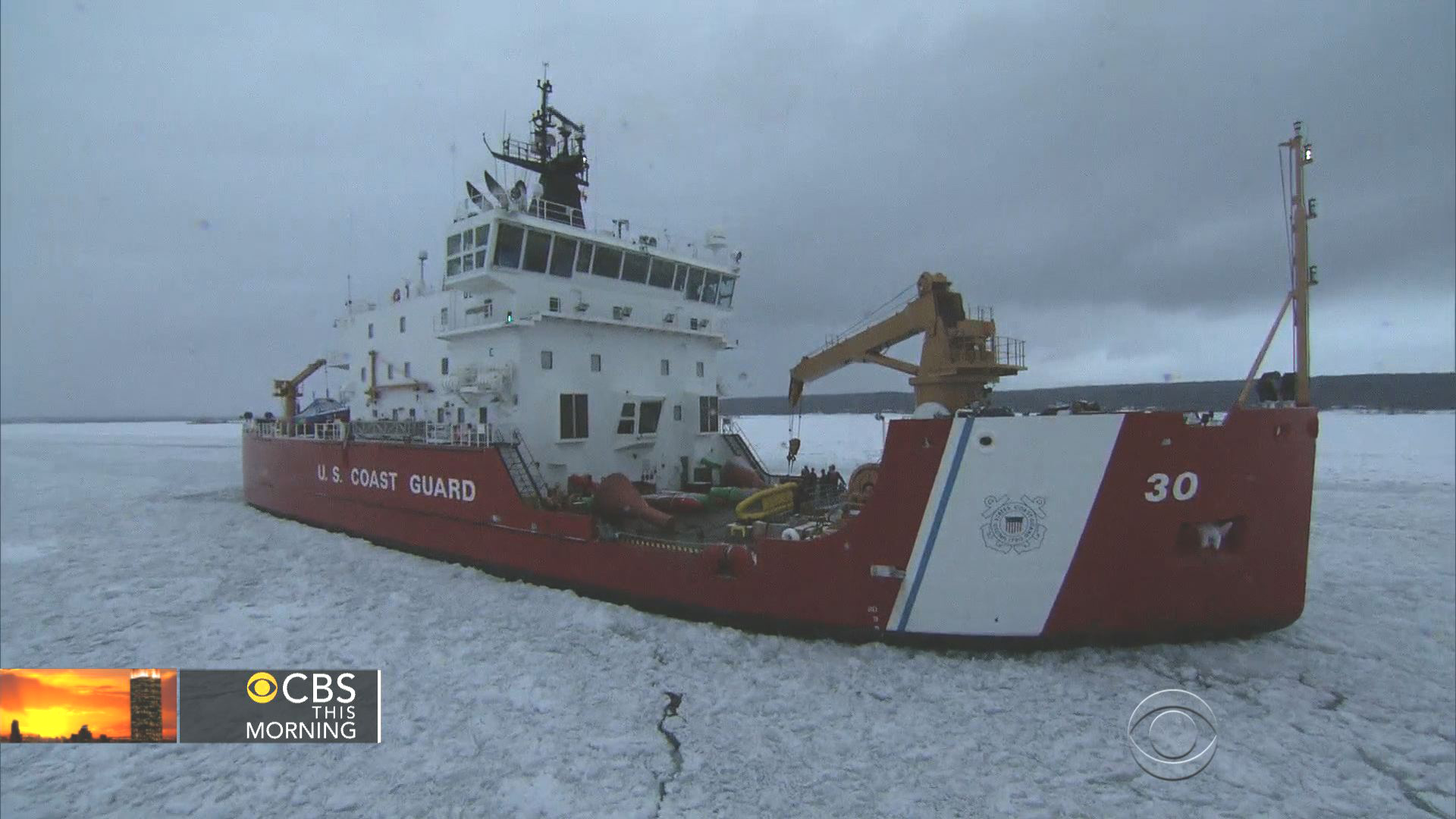 Thick ice is crippling the shipping industry in the Great Lakes. The Coast Guard is working around the clock to cut through the ice, but this winter's weather is making the battle unusually tough.

Freighters loaded with vital cargo are trying to make their way through frozen waters to steel mills and factories before a crucial passageway is closed for the winter. Leading the way are the battering rams of the U.S. Coast Guard icebreakers.

If you absolutely need a shipment of iron ore for your steel mill in Indiana, the crew members of the Coast Guard icebreaker, the Mackinaw, are your best friends. Captain Mike Davanzo is a 30-year veteran.

"It really impacts the Great Lakes region and really the global economy,” he said.

Without the Coast Guard icebreaker ships, freighters would never make it through the icy waters on cold winter days. That doesn't just impact the freight companies, but it also impacts the plants and the people who work at the plants using the coal and ore they're carrying.

Sub-zero temperatures arrived early this year and one freighter got so trapped in the ice it took the Coast Guard icebreaker 17 hours to free it.

Davanzo told CBS News’ Don Dahler that last week’s bitter-cold weather was a “difficult and challenging” time for his team.

“Boats were getting stuck,” he said. “It was a lot of work real close aboard to other ships to break them free."

Most icebreakers use their weight to break the ice; the 3,500-ton Mackinaw does too, but it has another trick.

Ensign Michael Cooper manipulates the ship's propulsion system to churn up the ice like a blender, creating a path wide enough for freighters, but the thick ice made for a challenging few days.

“When you're getting reports from a range finder saying you're six feet away from a 1,000-foot vessel, you get pretty nervous,” he said.

Seaman Terrence McCabe is one of those range finders, who had to stand outside in minus-18 degree temperatures to measure distances.

“Any exposed skin would pretty much start burning,” he said. “Your eyes were watering, then once the water would start freezing shut your eyes, your eye lashes.”

Members of the ship were limited to only 10 minutes outside during the worst of the frigid weather, but more than the cold, they told Dahler that the constant vibrations from the ships smashing the ice is the hard part, making it feel like they're living in an earthquake, 18 hours a day.

Despite the weather, the Mackinaw and eight other Coast Guard icebreaker will be out in the water all winter, but weather predictions say that most of the shipping channels will be iced over until late march.