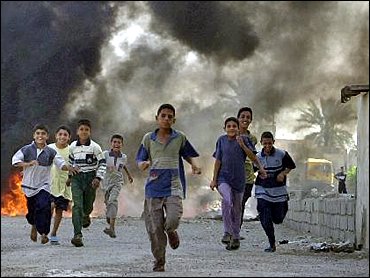 Radical cleric Muqtada al-Sadr agreed Wednesday to withdraw his militia from Najaf and hand the city back to Iraqi police, the government said, raising hopes for an end to weeks of fighting that threatened some of Shia Islam's holiest sites.

There was no confirmation by al-Sadr. However, an agreement to abandon Najaf would be a major step toward ending his uprising in the south only weeks before a new Iraqi government takes power June 30, formally ending the U.S.-led occupation.

Al-Sadr said he is making this offer because of "the tragic condition'' in Najaf after weeks of fighting between his militiamen and the Americans and the slight damage suffered by the city's holiest shrine, the Imam Ali mosque.