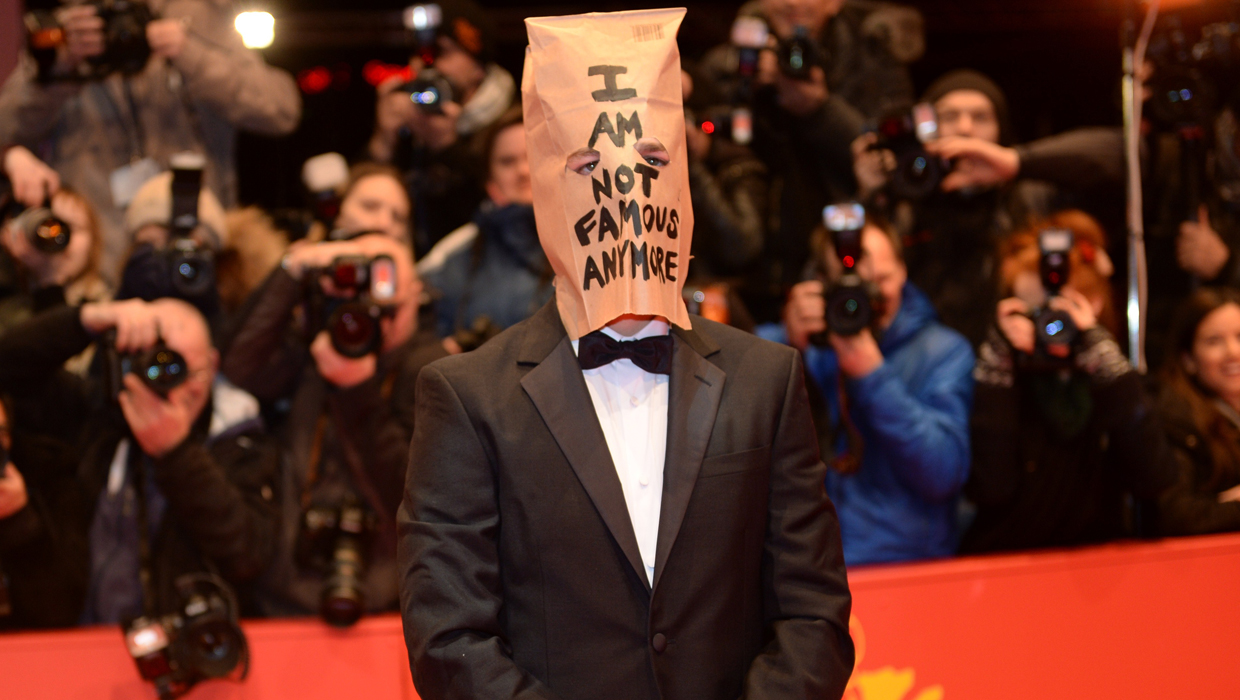 Shia LaBeouf is sorry. He really is. The actor continues to wear a brown paper bag over his head while onlookers flock to watch his new #IAMSORRY performance piece, which got under way Tuesday in Los Angeles.

So, what’s he apologizing about? Thing is -- the actor has already offered a mea culpa after being accused of plagiarizing his short film "Howard Cantour."  He even apologized in the open skies via sky writing.

In case you haven't noticed or been living under a bag, LaBeouf's actions have been getting weirder and weirder by the day. Earlier this week, the 27-year-old actor walked out of a press conference at the Berlin Film Festival and was later spotted wearing a bag over his head with words: "I am not famous anymore."

Now for his latest stunt, LaBeouf is hunkered down at Los Angeles' Stephen Cohen Gallery, where he'll be until Sunday.

So what's happening inside the art installation? On Tuesday, Jeff Sneider, a reporter from TheWrap.com, stopped by to find out. Ushered inside by himself to meet LaBeouf, his encounter was...let's just say, one-sided. Sneider says he tried to chat with the tuxedo-clad and bag-wearing LaBeouf, but the actor didn't utter a word.

A writer from the Daily Beast stopped by, too, and apparently had better luck. They exchanged a few words, and when LaBeouf removed the bag it appeared as though he had been crying.

OK LaBeouf. We get it -- you are sorry. And you are no longer "famous." Though the attention surrounding this latest stunt certainly suggests otherwise.