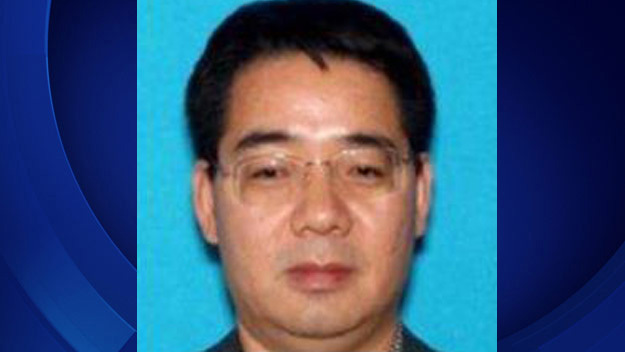 HONG KONG -- A Chinese fugitive arrested in Hong Kong in connection with the slayings of his teenage nephews in California told a court Monday he won't fight extradition to the United States.

Shi Deyun told a magistrate several times that he was willing to be sent back to the United States "as soon as possible," adding that the allegations against him weren't true.

Shi arrived Saturday afternoon in Hong Kong, a semiautonomous Chinese city, on a flight from Los Angeles. Police, acting on a request from U.S. officials, apprehended him at the airport. He was taken to a hospital and then formally arrested early Sunday.

U.S. investigators believe Shi killed the 15- and 16-year-old boys before fleeing. The two were found with head trauma in their Arcadia, California, home after police responded to a 911 call. Investigators say he assaulted his wife, who is the sister of the dead teens' father, on Thursday after learning she wanted a divorce.

The parents of the teenage boys went to visit Shi's wife in the hospital on Thursday night. They didn't find their sons' bodies until Friday, reports CBS LA.

Shi declined the services of a duty lawyer and planned to represent himself. He was wearing a grey blazer over a black shirt and had a scratch on his right cheek.

When the judge asked if he agreed to extradition, Shi said through a Mandarin interpreter, "I consent as soon as possible."

Shi also applied for bail, saying he could offer a "high amount of bail money" because he had assets in mainland China and the United States.

"The details of the allegations against me are not true," Shi said. "But I'm not inclined to go into the details and give a rebuttal here. I believe I will restore the truth in the U.S. with supporting facts."

He said he was in poor health and had a history of cardio disease and poor mental health.

However, Chief Magistrate Clement Lee refused his application and he was remanded into custody.

The case was adjourned until Feb. 11.