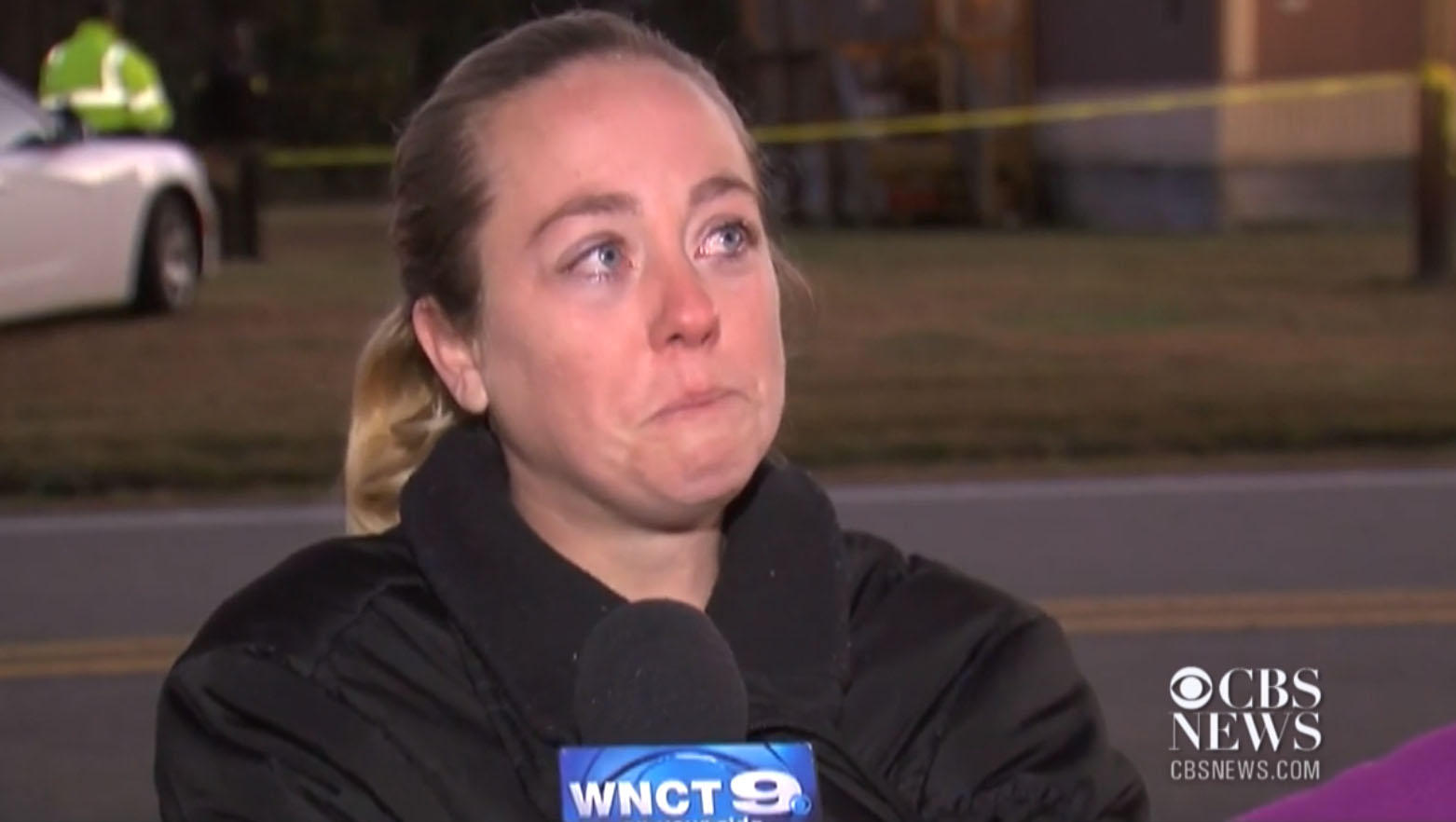 JACKSONVILLE, N.C. -- The mother of a North Carolina toddler who vanished over the weekend issued an emotional plea for the child's return as federal, state and local authorities continued the search.

Kristy Woods said she woke up Monday morning and realized her 3-year-old-daughter Mariah was missing from her bedroom in the family's Jacksonville, N.C., home. She said the last time she saw her daughter was around 11 p.m. Sunday when she went to check on her.

"Please, bring her back," Kristy Woods said, reports CBS affiliate WNCT. "I love her. I'll do anything that I can, whatever you want. Please just bring her back safe and sound – she's my baby, she's my everything."

Woods cried as she described her daughter as goofy, outgoing, and talkative. She said the little girl "knows how to brighten your day." Woods said she would give "everything in the world" to have her daughter back, "just to be able to touch her and hold her and not let her go again."

"I'd give anything," she said.

Family members said there was no sign of forced entry or anything wrong with Mariah's room but did say the back door was unlocked. Once they realized Mariah was missing, Woods and her live-in boyfriend called authorities.

Family members said the girl has an orthopedic leg problem, causing her left leg to wobble as she walks. Mariah's grandmother said due to her granddaughter's walking issues, she can't imagine her wandering off.

The family also said Mariah would not have left with a stranger. The sheriff's office checked with Mariah's biological father but said he does not have the girl.

The girl's two older brothers were in the house when Mariah disappeared.

On Monday, crews spent all day searching the area and on Tuesday resumed their search with additional police units and assistance from the FBI. The search is being conducted both by ground and by air with drones and helicopters, reports WNCT.

Local and federal authorities were tight-lipped on details of the investigation Tuesday. Onslow County Sheriff Hans Miller wouldn't say who was the last person to see the child and when, or whether anyone in the girl's family had taken a polygraph test. Miller also wouldn't say whether investigators are looking to speak with any persons of interest.

Miller didn't detail how he believes the child went missing, but said investigators aren't ruling out any possibilities, including that she was abducted or wandered off.

"Our focus right now is to bring her back, and then to find out what happened," Miller said. "In that effort to bring her back we would not rule out any possible situations that may have occurred. Our minds our open, our ears are open, and our eyes are open."

Miller pleaded with the community to come forward with any information and asked residents to check their own properties for anything unusual. Anyone who was in touch with the family on Sunday or has been in touch with them since is being asked to call in.

The FBI developed a new missing poster for the child and was circulating it Tuesday.

"Every second counts when a child is missing, especially after the cold night we just had," Miller said. "A detailed timeline is crucial in helping us find this little girl."