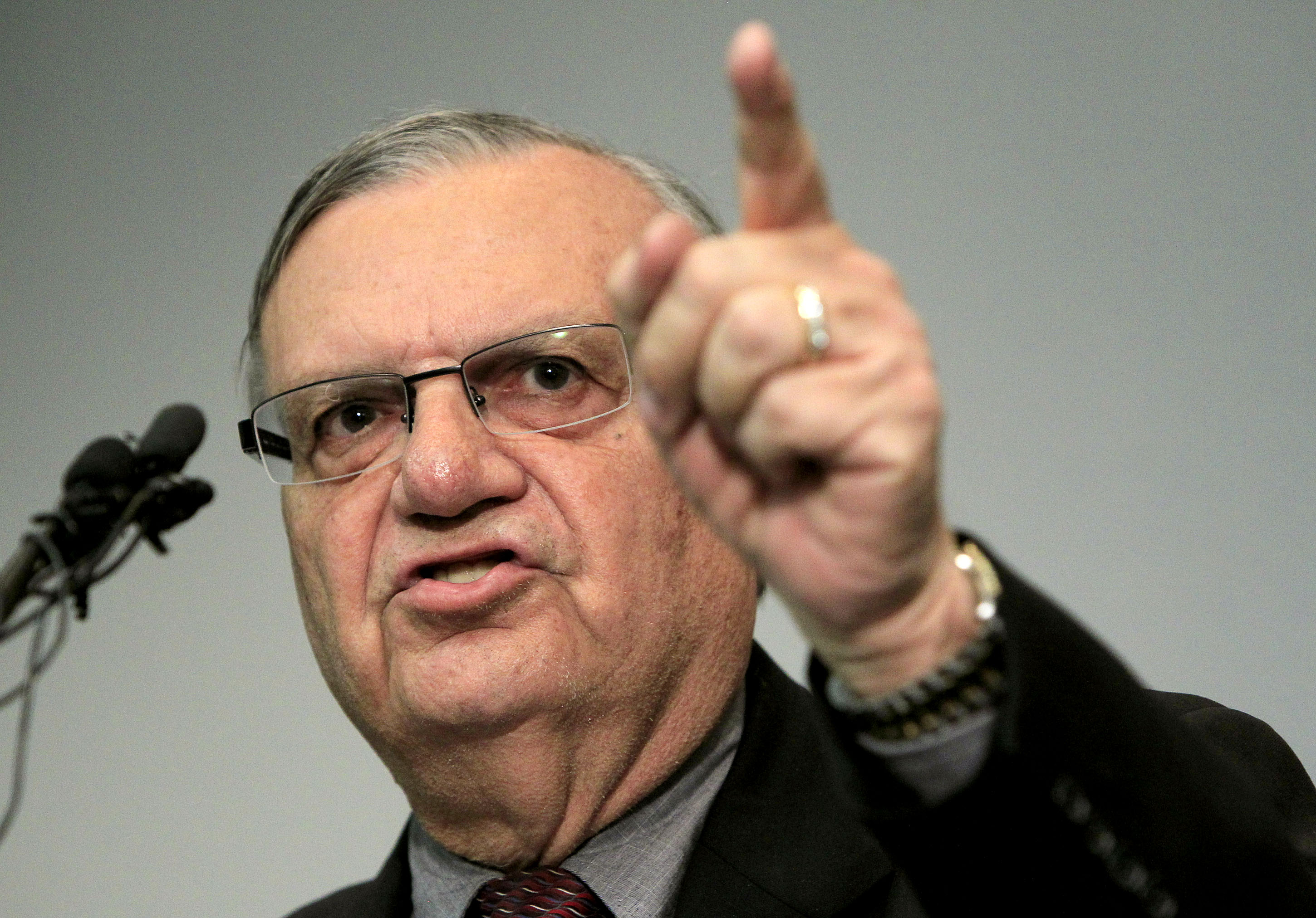 Sheriff Joe Arpaio of Maricopa County, Arizona, announced Thursday that his six-month investigation had found that "probable cause exists indicating that forgery and fraud may have been committed" in the release of President Obama's long-form birth certificate.

"Based on all of the evidence, I cannot in good faith report to you these documents are authentic," Arpaio said at a press conference in Phoenix, adding that his "investigators believe that the long form birth certificate was manufactured electronically and that it did not originate in the paper format as presented by the White House."

The 79-year-old Arpaio, who has been accused by the Justice Department of racial profiling and who is being probed by a federal grand jury over potential abuse of power, said he told his investigators to examine the president's documents with "no preconceived notions," adding that he "felt that this investigation could clear President Obama's name and put people's minds at ease."

Arpaio became Maricopa County sheriff in 1993, and has been elected five times. He said the investigation, undertaken by his five-member volunteer "Cold Case Posse" at the request of an Arizona Tea Party group, did not involve any cost to taxpayers.

Arpaio's press conference puts him in league with the "birthers," the conspiracy theorists who claim - against overwhelming evidence - that Mr. Obama was not born in the United States and thus is not eligible to be president. (Many "birthers" believe the president was born in Kenya.) The White House's decision to release the president's long-form birth certificate in April has quieted such claims, though it did not extinguished them.

"We're not going to be able to solve our problems if we get distracted by sideshows and carnival barkers," Mr. Obama said at the time. "We've got some enormous challenges out there. There are a lot of folks out there still looking for work...We do not have time for this kind of silliness."

Mike Zullo, the lead investigator for Arpaio, on Thursday presented a series of videos that he said showed that the president's documents were likely forgeries. He suggested the investigation showed that Mr. Obama's long-form birth certificate, which was released electronically, "never existed in paper form," and said the evidence had led him to recommend to Arpaio "a full-blown criminal investigation."

Zullo also said his team came to the conclusion that the Hawaii Department of Health and Hawaiian officials "may have intentionally obscured 1961 birth records and procedures" to keep them from being adequately examined.

Arpaio said last month he had briefed GOP presidential candidate Rick Santorum on his investigation, and that Santorum said he "had no problems with what I told him that I may be doing."

Also present at the news conference was Jerome Corsi, author of the book Where's the Birth Certificate?, which was published last May. Corsi writes for the website WorldNetDaily, the far-right website that has long pushed the notion that the president was not born in the United States. WorldNetDaily livestreamed Arpaio's press conference and teased it with a story that complained that mainstream media reporters have "mostly have giggled when talk turns to the serious question of just what the U.S. Constitution requires of presidents."

"This was not a politically motivated inquiry," Corsi said Thursday. "It is an inquiry for truth."

"No wonder Sheriff Arpaio has been profiled in over 4500 U.S. and foreign newspapers, magazines, and TV news programs," the bio reads.

The Justice Department said in December that Arpaio has engaged in "a pattern or practice of misconduct that violates the Constitution and federal law," and a federal grand jury is investigating his office for abuse of power over its anti-public corruption investigations. Arpaio has also been criticized for allegedly inadequately investigating hundreds of sex crimes cases.

UPDATE: Here's a link to the report from Arpaio's investigation.

UPDATE #2: On Friday, Corsi and Zullo announced the publication of the $9.99 eBook "A Question of Eligibility," subtitled "A Law Enforcement Investigation Into Barack Obama's Birth Certificate And His Eligibility To Be President." The introduction to the book is written by Arpaio.