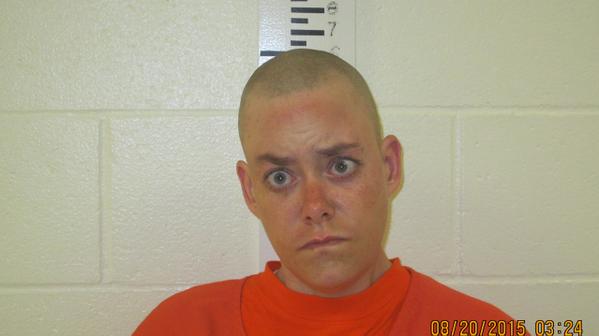 SACO, Maine -- The person charged with fatally stabbing a mother of five in a Maine supermarket went to the store to kill "several random people," according to a court affidavit released Thursday that says the suspect confessed to the slaying.

Connor MacCalister followed Wendy Boudreau from the parking lot of the Shaw's supermarket in Saco into the ice cream aisle, grabbed the 59-year-old woman from behind and slit her throat, the suspect told police. Boudreau died later at a hospital.

MacCalister was planning the random attack for a month and was "angry with life and wanted to get back at someone," the suspect told police. The 31-year-old, who was wearing camouflage and had a shaved head, was targeting a small elderly woman "whom she knew wouldn't resist," the document said.

MacCalister is being held at York County Jail and made a court appearance on Friday at the superior court in Alfred. MacCalister did not enter a plea and said nothing, while showing little emotion during the brief appearance in court.

The judge did not set bail in the case. Defense attorney Robert LeBrasseur says the next step is for the case to go to a grand jury.

MacCalister is charged with murder. A court affidavit says MacCalister confessed to the slaying.

Police have identified MacCalister as a woman. But the suspect's brother told the Portland Press Herald that MacCalister is transitioning to a man.

A Shaw's employee who was working in the bakery department said she heard screaming and saw MacCalister standing over Boudreau, who was sitting on the floor, slumped over, the affidavit says.

When the witness asked MacCalister the reason for the attack, the suspect responded, "She looked at me funny." Another witness told police that MacCalister told him: "I'm off my meds and I didn't mean to do it."

Police say Boudreau had stab wounds to her face and neck.

MacCalister lives in an apartment complex near Boudreau's Saco home. Police have said there's no indication the two people knew each other.

Neighbors described the Boudreaus as beloved members of the community who had been living in the neighborhood for decades.

The family's grandchildren would often visit and play with other children in the neighborhood in large groups, said Jason DiDonato, a neighbor and friend.

DiDonato said one of the Boudreau's grandchildren was playing with one of his children the morning of the killing. He described Wendy Boudreau as "the glue of the family" and her husband as a "great guy" and family man.

DiDonato said he attempted to go to the supermarket to buy some things on Wednesday and saw that it was shut down. He learned of the killing shortly after. He said he remembered seeing MacCalister at the store previously.

"It's one of those things. You don't think when you're shopping that that's the kind of thing that could happen," he said.

Neighbors and friends spent some of Thursday afternoon stopping by the Boudreau house to offer condolences, but no one was home. Wendy Boudreau's husband, Jeff Boudreau, said he did not want to talk when reached by the phone Thursday.

Residents of the apartment complex where MacCalister lived, which was just a block from the Boudreau home, said the suspect usually wore army fatigues and black combat boots.

At the supermarket, which reopened to shoppers Thursday, well-wishers placed flowers and sea shells near the entrance in memory of Boudreau.