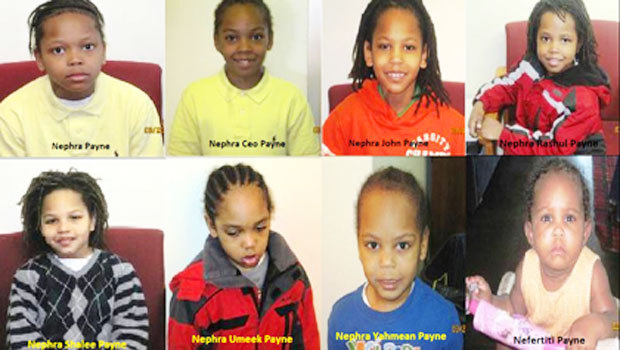 Police said in a release early Tuesday that the children - who range in age from 11 months to 11 years old - were in good condition. Nadal and Payne were taken into custody in Harrisburg, Pa.

CBS affiliate WCBS reports the family was spending the night in a parked black van.

The children are in custody of Dauphin County Children and Youth Services.

Police say Nadal was visiting her children at the child agency in Queens on Sept. 19 when she took them.

The couple lost custody of the children in 2009.

According to WCBS, Nadal and Payne probably will not be extradited back to New York until Wednesday.