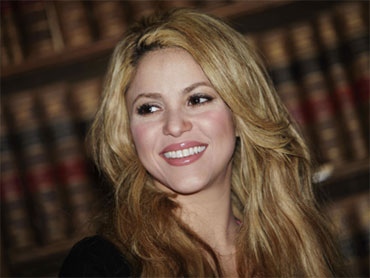 The Colombian singer who is famous for hits like "Hips Don't Lie" and "Whenever, Wherever" joins a diverse group of luminaries when she addresses the Oxford Union on Monday.

The 32-year-old is also a UNICEF ambassador, and will address the union about the work of her Barefoot Foundation, which helps child victims of violence. The union is the ancient university's famous debating and social society.

Oxford Union spokesman Conan McKenzie said Shakira's philanthropy was one reason for her invite, but added that "she's an immensely popular singer with a large fanbase among Oxford students. And the Oxford Union has a tradition of inviting a wide variety of speakers."