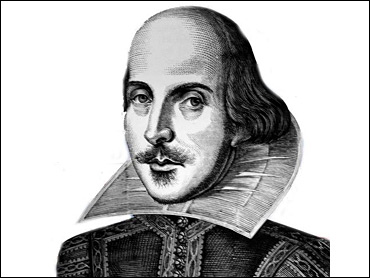 One of the best-known portraits of William Shakespeare is a fraud, painted 200 years after the playwright's death, experts at Britain's National Portrait Gallery said Thursday.

Many art authorities had long suspected the work, known as the Flower portrait, was painted much more recently than the 1609 date on the image.

The work shows Shakespeare gazing out at an angle and wearing a wide white collar. It has been widely reproduced and is often printed on the covers of his plays.

Tarnya Cooper, 16th Century curator at the National Portrait Gallery, said an analysis had uncovered chrome yellow paint from around 1814 embedded deeply in the work.

"We now think the portrait dates back to around 1818 to 1840, exactly the time when there was a resurgence of interest in Shakespeare's plays," she said. Shakespeare died in 1616.

The gallery said scholars used X-rays, ultraviolet examination, microphotography and paint samples to test the Flower portrait, named for one of its owners, Sir Desmond Flower, who gave it to the Royal Shakespeare Company.

The painting is similar to another image of Shakespeare, the Droeshout engraving, which appeared with the first folio publication of his works in 1623.

"Some believed that it was the portrait which the engraver copied, but it now turns out that it is a copy of the engraving," Cooper said.

"There have always been questions about the authenticity of the painting," Royal Shakespeare Company curator David Howells said. "Now we know the truth we can put the image in its proper context in the history of Shakespearean portraiture."