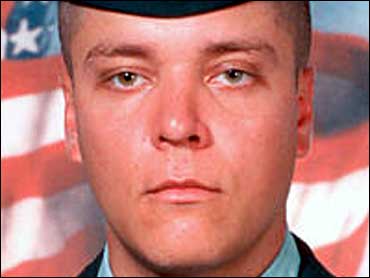 Sgt. Edward Anguiano is the only remaining American soldier involved in Operation Iraqi Freedom who is still identified as missing in action. His hometown of Los Fresnos, Texas, is launching a campaign Friday morning to show their support and to keep him in the public eye.

Sgt. Anguiano's mother, Juanita, said on The Early Show the whole family is going through a tough time.

"It's very hard for all of us," she said. "And we're just praying and we have faith, and we're looking forward for his homecoming, safe coming."

Anguiano joined the military four years ago. He bet the military would take him farther than his previous attempts to get out of Los Fresnos, having traveled as far as Arkansas, where he worked in a chicken processing plant, before an injury forced his return.

He worked his way up to a truck mechanic and was assigned to the Third Combat Support Battalion based at Fort Stewart. Anguiano believed the military would pave the way for him to see the world.

Her daughter, Jennifer, said Anguiano has set a good example. He got into the Army and he showed that the sky is the limit. Juanita Anguiano added that what is special about her son is that "he can achieve anything, and he was a good, he's a good son. And he was always looking up ahead."

Her son was involved in the March 23 ambush. Nine of his fellow soldiers were killed and five were injured. Four were rescued that day. Another, Pfc. Jessica Lynch, was rescued from an Iraqi hospital by special forces and is now in Walter Reed Hospital.

Juanita Anguiano said when she heard the news of the return of the former POWs, she was happy for the families.

"In a moment, they were going through the same thing as I was. And now that they have their loved ones home. I look at them, and I hope my son comes home, too," she said.

The five freed POWs who were also in his convoy are being questioned intensively about his disappearance, in an effort that could elicit information leading to his return.

Mayor Tom Jones of Los Fresnos is supporting the Anguiano family. He says the community, which is 5,000 strong, has been affected by the news of Anguiano's disappearance.

Jones said, "Being a small community, we're very close. And so what affects one family affects everyone.

"So, we have decided as a city to assist in every way possible. We've started originally a red-, white- and blue-ribbon campaign in support of our troops. Then when one of our own was missing, then we added the yellow ribbon to it. So the entire town stands by to assist Ms. Anguiano in any way in which we can, as a town."