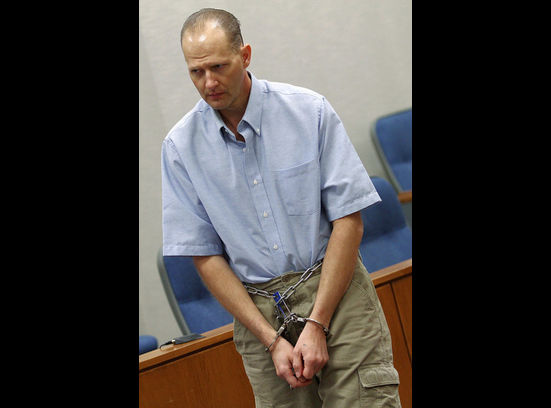 (CBS/AP) PROVO, Utah - A Utah judge on Thursday ordered convicted sex offender Lonnie Hyrum Johnson freed from a state hospital after he was found incompetent to stand trial on new charges, but not a danger to society.

Prosecutors wanted Johnson to stay at the Utah State Hospital for continued treatment so he could eventually face the nearly two dozen counts against him of rape, sodomy and aggravated sexual assault of a child, but did not object to the judge's ruling.

"The constitution prohibits me from holding someone who has not been convicted and who cannot participate in their own defense," 4th District Judge James R. Taylor said.

Johnson was eligible to be freed as early as Thursday afternoon - privacy laws prevented hospital officials from commenting.

Lonnie Johnson's family, which packed the front row of the Provo courtroom on Thursday, has said he is innocent of the charges.

Christy Danner, the mother of one of the two victims, was not.

The case has drawn national media attention, and Deputy Utah County District Attorney Craig Johnson - no relation to the accused - has spoken out widely about the need to alter Utah's civil commitment laws.

Johnson has a cognitive disorder, prosecutors said. He was charged in 2007 with 21 sexual assault charges. Authorities allege he had inappropriate contact with his stepdaughter and her cousin over five years beginning in 2001. Both alleged victims are now adults.

Judge Taylor deemed Johnson incompetent for trial in 2008. For a civil commitment, a doctor must find that a person's mental illness makes him a danger to himself or others.

The court ordered doctors to attempt to restore Johnson's competency but about a month ago they said they had seen no improvement despite 2½ years of treatment.

"I am outraged that a convicted child sex offender, currently facing another round of accusations, could be released without being tried for current charges," the governor said. "That is not justice ... It's outrageous for both the victims and the accused that Mr. Johnson won't get his day in court."

However, Lonnie Johnson is not completely off the hook.

Taylor did not dismiss the case and ordered Johnson to meet with new psychiatric evaluators in October. A hearing on those findings is set for November.

"We're encouraged that Judge Taylor allowed us to have a review in six months," said Deputy District Attorney Johnson. "We'll come back in the fall and see how he's doing and hopefully get this case back on track."

March 31, 2011 - Sex Offender, Lonnie Hyrum Johnson, could be set free due to loophole in Utah law