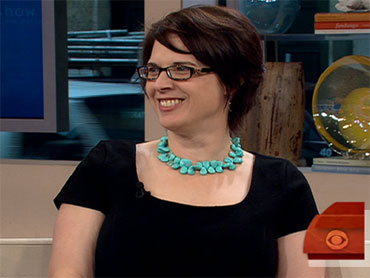 For their latest issues, the folks at Shape and Men's Fitness magazines teamed up for an annual sex survey. And this year, the results are showing the impact the recent economic downturn has taken on our sex lives.

Roy Johnson, editor-in-chief of Men's Fitness magazine and Trisha Calvo, executive editor of Shape magazine, found that the recession is hurting more than just our wallets; it's specifically hurting the sex lives of men.

Although the survey was based on the readers from both magazines, and wasn't nationwide or scientific, Johnson said it is very real and "a great example of a good portion of America."

The first results, showed women are having sex 17 percent more than the average man since the recession.

"Safe to say that women seem to be recession-proof in the bedroom?" Early Show co-anchor Maggie Rodriguez asked.

"This recession has been called the 'he-cession' because so many more men have been affected by job loss and financial worries. It's not that women won't take a self-esteem hit if they lose their job, but their self worth comes from a number of different areas, which was is a little different from men," Calvo said. "And women are also more likely than men to actually talk about what they're worried about. So they get the relief of actually sharing the burden with other people."

Men tend to over-emphasize the importance of their profession, which can be detrimental to their personal lives.

"Here we are yet another area where we get the short he said of the stick," Johnson said. "But let's face it, most of our self-esteem and our self worth comes from our jobs. We've just been raised that way, raised to believe that who we are is much of what we do. And when that's threatened and when that's taken away, it hits our confidence. And let's face it, confidence and performance in the bedroom are totally related."

Financial worries keep you up at night, Calvo pointed out.

"And even in good times, money is the number one reason why couples fight. So when things are bad, those just intensify particularly if you're not on the same page about money, which a lot of couples aren't," Calvo added. "So I think the best thing to do is to have a conversation about money now even if you aren't having any money troubles to get on the same page."

Johnson agreed that being in tune with each other can make or break a couple's sex life.

"Particularly if she's a spender and you're a safer or vice versa, just get knows things out of the way so you can be on the same page in the bedroom," Johnson said.

Another finding was a third of men and women surveyed said that they are completely satisfied with their sex lives.

According to Johnson, "considering everything that's going on in the world now from the war to the recession to the housing crisis - that is a pretty high number."

The survey did find some good news, however. It said that most women say that even if their partner has been laid off, she is equally attracted to him.

"We're in an era now of partnerships. And while men think of themselves as breadwinners, a lot more women are working and thinking I'm not going to depend on my man to take care of me," Johnson said.

Without women putting the total burden on the men, it takes some pressure off. "And as we all know, pressure, again, leads to performance in the bedroom," he added.

"And also sex is a great way to fight stress and people don't really think of it that way, but if you can alleviate your stress, come closer together as a couple, it really does help you weather those crises and storms," Calvo said. "We should be taking advantage of the sex relieving stress."

The full results of the survey can be seen in the new issues of Shape and Men's Fitness magazines, which hit newsstands this week.