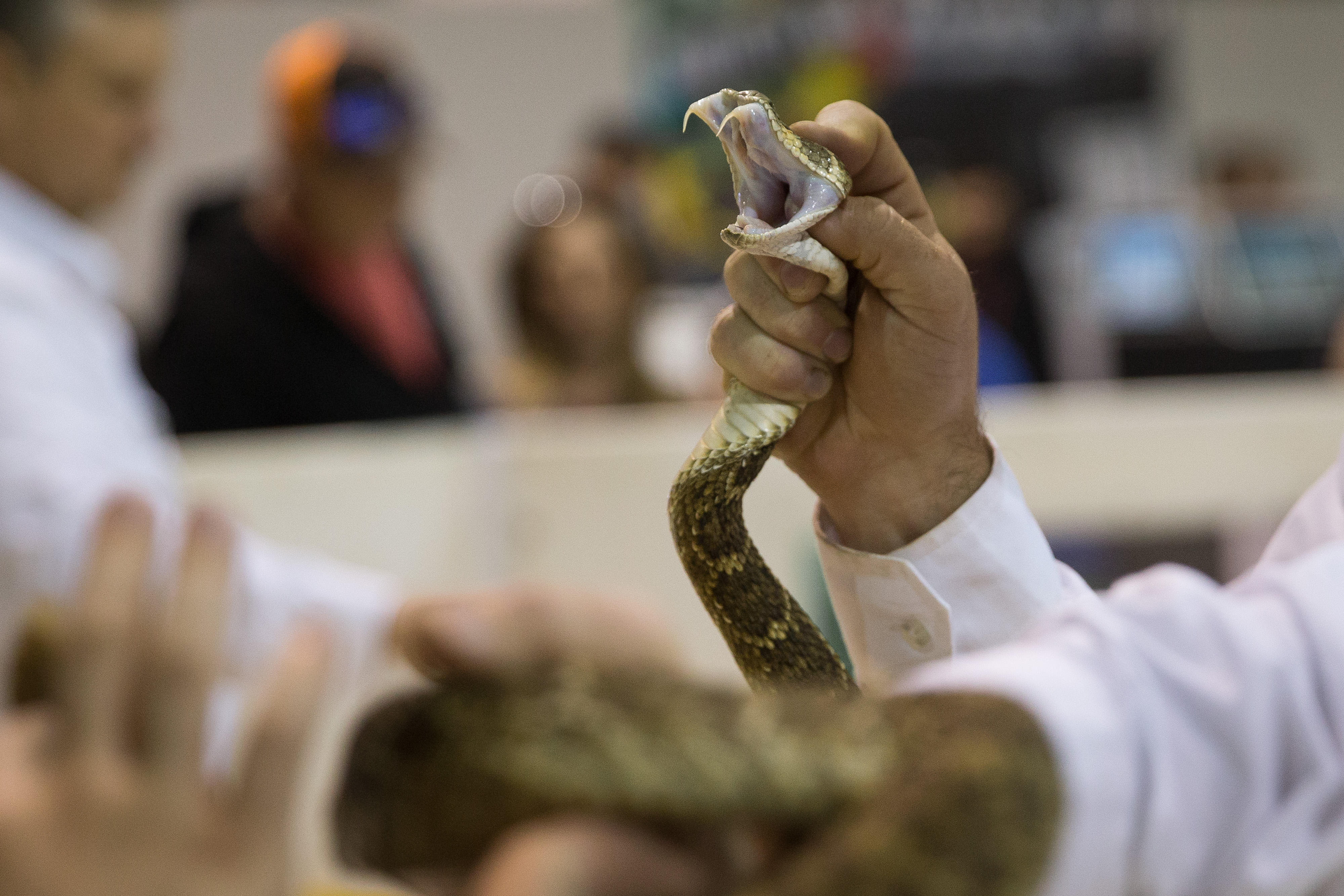 According to KIII-TV in South Texas, Jennifer Sutcliffe and her husband were out doing yard work near Corpus Christi when they spotted a four-foot rattlesnake on their property. As any hot-blooded Texan would, her husband promptly grabbed a shovel and beheaded the snake. However, when he then bent down to dispose of the reptile, it retaliated -- or rather, its severed head did.

It turns out snakes can still attack even an hour after they've been beheaded. Since their metabolisms are much slower than those of humans, their internal organs can stay alive for longer. And naturally, they become aggressive in the throes of death, when they perceive the situation as a last-ditch opportunity to survive.

The weekend of May 27, Jennifer Sutcliffe's husband learned that the hard way. And because the snake's head was no longer connected to a body when it bit him, she told KIII-TV that it discharged the full load of its venom all at once.

According to the station, the man immediately began having seizures, lost his vision and began experiencing internal bleeding. He reportedly had to be airlifted to the hospital. Once there, doctors administered massive amounts of the antivenom CroFab, but for the first 24 hours, they still weren't sure whether or not he'd make it.

More than a week later, the man is in stable condition, but still showing signs of weakened kidney function due to the shocking bite. After all the trauma he and his family have endured, one silver lining may be the spotlight he unknowingly shed on the issue of how best to handle a venomous snake.

With six rattlesnake species native to Texas, not to mention all the state's copperheads, this may serve as an important cautionary tale for other homeowners who may be faced with a venomous snake on their property. Experts advise that it's far better to retreat indoors and call more experienced handlers from animal-control, the local police or the fire department to safely remove the snake.