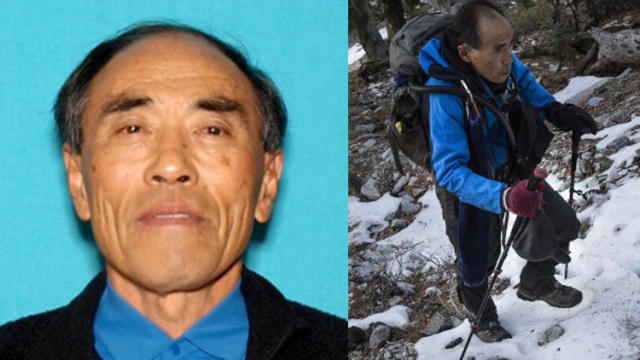 LOS ANGELES -- A man found dead on Southern California’s towering Mount Baldy was identified Wednesday as a veteran hiker who climbed the famed peak more than 700 times and served as an unofficial mountain ambassador, welcoming other hikers and sharing food with them.

Seuk “Sam” Kim, 78, was reported missing Sunday after he did not return from his latest solo trek up the 10,064-foot mountain, the highest point in Los Angeles County.

His disappearance prompted a search by 18 search-and-rescue teams. A helicopter crew spotted his body Tuesday on the mountain’s north side and rescuers retrieved it later that day.

The cause of Kim’s death was under investigation, said Lt. David Smith of the Los Angeles County Coroner’s Office.

Kim’s last hike up the mountain started Friday after he drove an hour and a half from his home in the Los Angeles suburb of Culver City.

He would strap on a backpack and set out, usually alone, for the 4,000-foot climb up well-maintained trails offering spectacular views of the San Gabriel Mountains and Angeles National Forest.

He had a reputation on Mount Baldy for warmly greeting fellow hikers, handing out snacks and posing for photos.

“He was like an ambassador, always out there, talking to folks. We love to hear stories like that,” said U.S. Forest Service spokesman Nathan Judy. “The Forest Service extends condolences to his family.”