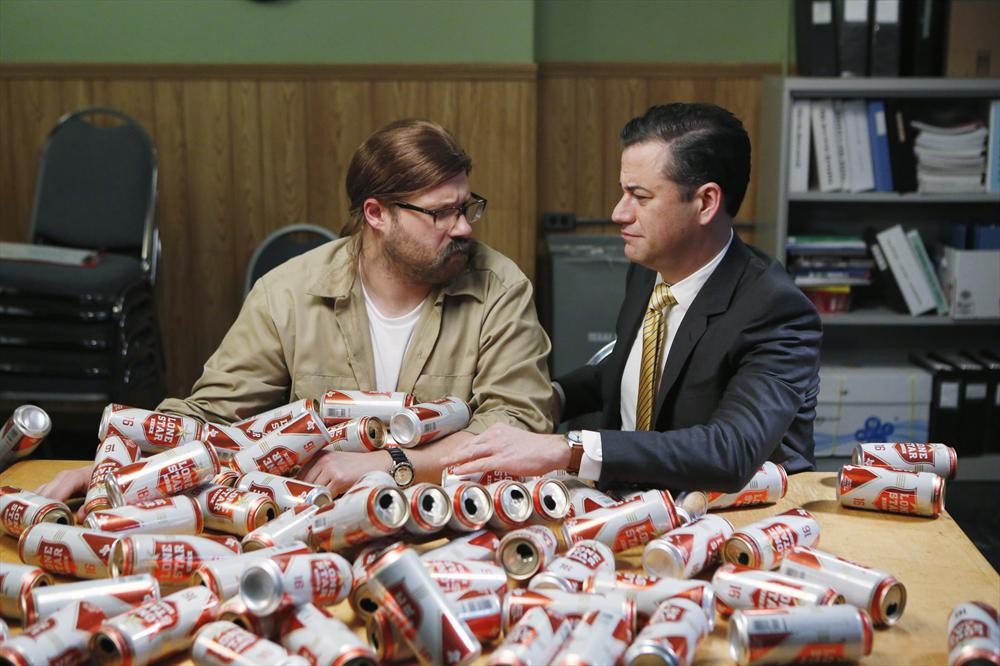 Jimmy Kimmel has the hots for Seth Rogen in a new mock trailer for the second season of "True Detective."

The first season of the hit HBO crime drama came to a close Sunday night, and cast members Matthew McConaughey and Woody Harrelson won't be back for season 2, which will instead focus on a new set of detectives.

On Monday night's installment of "Jimmy Kimmel Live," which was taped on location in Austin, Texas, at this year's South by Southwest festival, the late-night host offered up a clip featuring himself and Rogen as possible replacements for Harrelson and McConaughey.

In the sketch, the "This Is the End" star acts similar to McConaughey's character on the show, clearly off the deep-end after having seen one too many crime scenes. At one point, Rogen brags about free-basing gluten, but Kimmel isn't impressed.

But, by trailer's end, the two detectives discover their hidden feelings for each other, as seen in the video below: