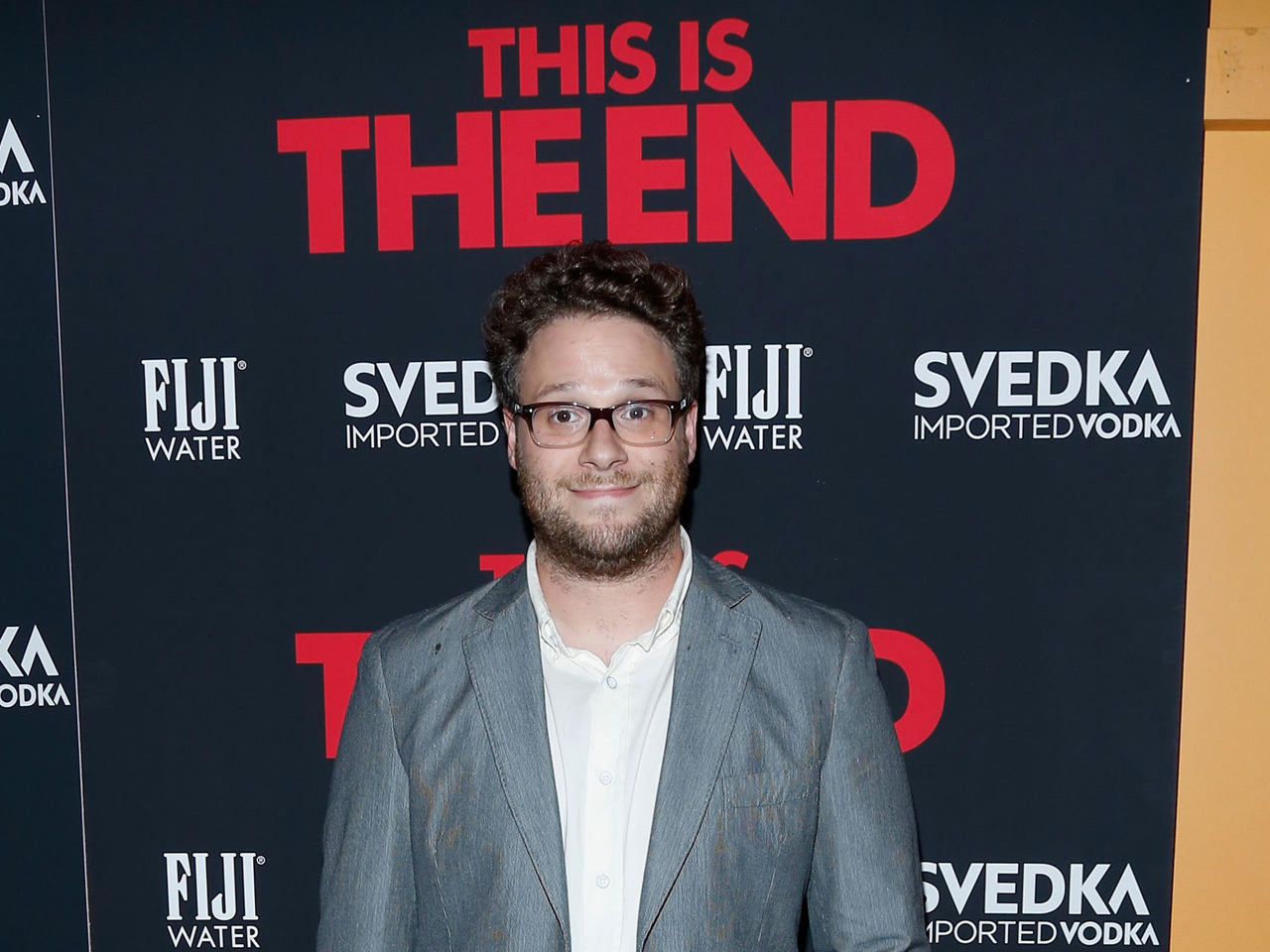 Seth Rogen is facing the end of the world alongside his famous friends in the new disaster comedy, "This Is The End."

The cast features familiar faces like Rihanna, Emma Watson, Jonah Hill, Michael Cera, Danny McBride and many others. In the film, an apocalyptic event unfolds during a party packed with celebrities at James Franco's house. Rogen, Franco and the rest of the gang must join forces to survive.

The film was co-written and co-directed by Rogen with his longtime collaborative partner, Evan Goldberg.

At the New York premiere on Monday night, Rogen spoke to CBSNews.com about his new film, which has received positive reviews from critics. He also discussed his next directorial project, which has a very unique premise:

CBSNEWS.COM: And what about this movie, how did the idea come about?

ROGEN: We made a short film in 2006, which was kind of the inspiration, about two guys stuck in a house together as the world was ending. And then slowly kind of evolved into this ridiculous movie, that we're both happy about.

CBSNEWS.COM: Do you think this is like art imitating life? Would all of Hollywood band together in a disaster?

ROGEN:No, we'd probably run to our families or what not [laughs]. I don't know if I'm running to James Franco's house. But we all do like each other.

CBSNEWS.COM: Being on set, was it hard not to laugh during takes?

ROGEN: It was sometimes. And we did laugh a lot. Sometimes you can use [the take]. Sometimes it doesn't matter. It doesn't ruin anything sometimes, which is nice when you want a natural feel I guess.

CBSNEWS.COM: And what about directing, are we going to see you direct more?

ROGEN: Yeah, I hope so. I'm going to make another movie this fall. It seems like they're going to let us keep doing it.

CBSNEWS.COM: Can you tell us anything about it?

ROGEN: Yeah, it's about two journalists who try to assassinate the president of North Korea.

ROGEN: It is. It's another comedy.

"This Is The End" officially opens on Wednesday, but the film is already playing in most major cities across the country.