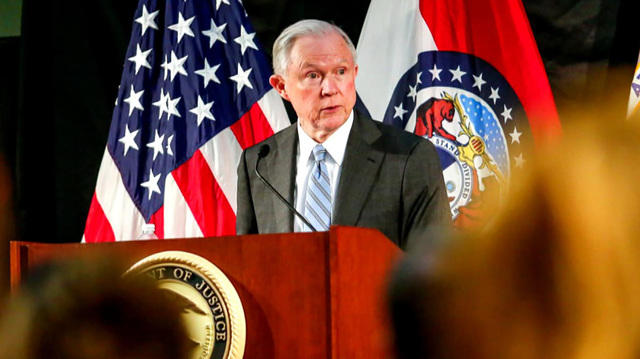 Attorney General Jeff Sessions is already criticizing an agreement between the city of Baltimore and the Justice Department to overhaul the city’s police department signed Friday by a federal judge.

Sessions released a statement complaining that the consent decree “will require the court and a highly-paid monitor to govern every detail of how the Baltimore Police Department functions for the foreseeable future.”

“I have grave concerns that some provisions of this decree will reduce the lawful powers of the police department and result in a less safe city,” Sessions wrote.

He complained that the decree was negotiated in a “rushed process” by the Obama Justice Department and “signed only days before they left office.”

The attorney general also said that in the decree, “there are clear departures from many proven principles of good policing that we fear will result in more crime.”

U.S. District Judge James Bredar, however, held a different view of the agreement, calling it “comprehensive, detailed and precise,” and wrote in his order that it “is in the public interest” to approve it. He signed it on Friday, one day after a public hearing to solicit comments from city residents.

The consent decree was the result of months of negotiations between the Obama Justice Department and Baltimore authorities and is meant to address systemic violations of constitutional rights identified in a scathing report released last year, after a 25-year-old black man, Freddie Gray, died in the custody of the Baltimore PD, his neck severed inside a police van.

Bredar earlier this week denied a request from the Justice Department to postpone Thursday’s public hearing. On Friday, he denied a second request to delay signing off on the agreement to give new leadership in the Trump administration time to review it.

The Justice Department has indicated that it intends to review all existing consent decrees to determine whether they hinder efforts to fight violence crime.

Baltimore residents overwhelmingly voiced support for a proposed overhaul. Many shared harrowing stories of police abuse to make clear how necessary such reforms are. Multiple mothers whose sons were killed by police testified about their pain.