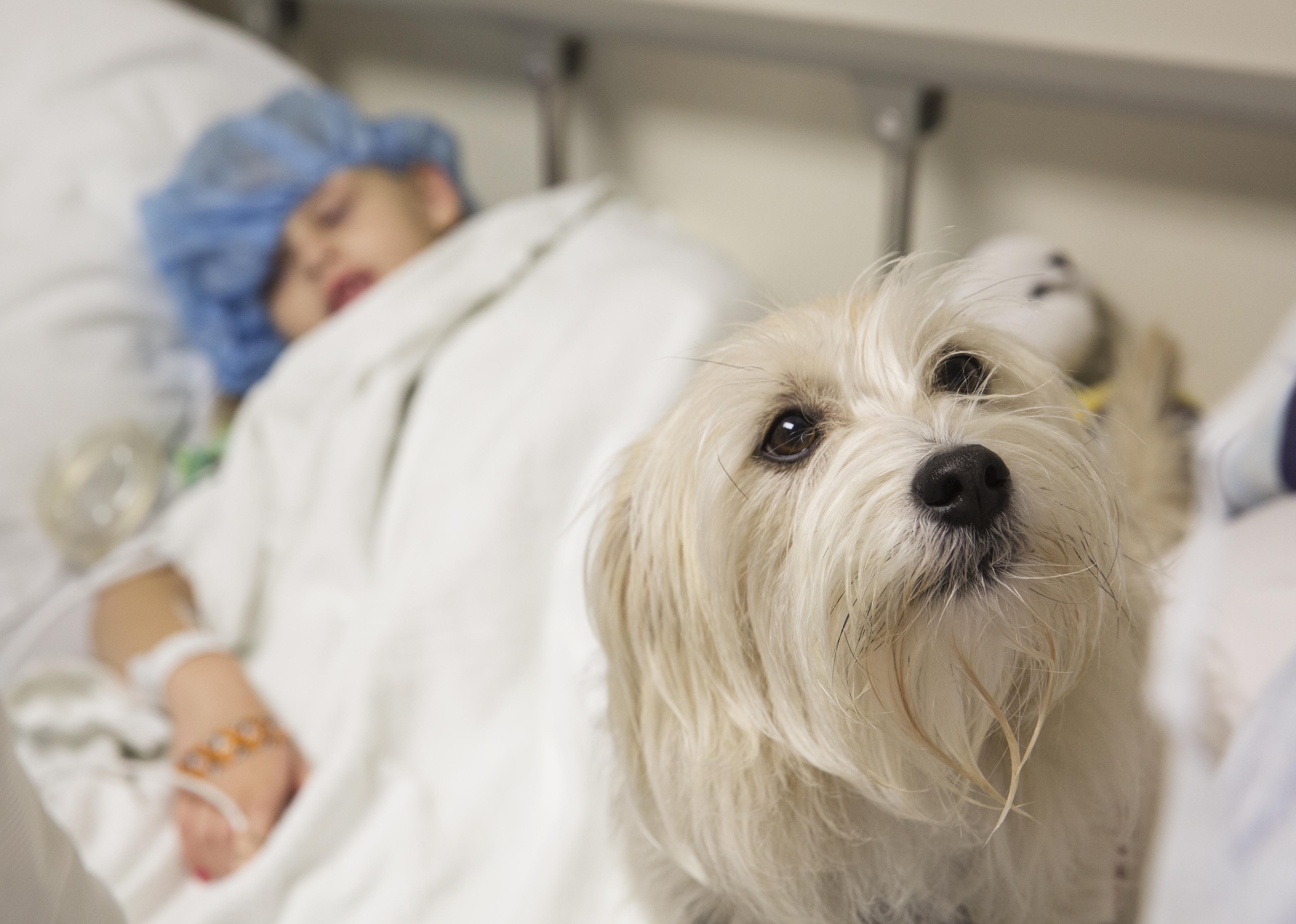 KK suffers from a rare disease called mastocytosis or mast cell activation disorder. It causes her to have large amounts of mast cells, which contain a lot of inflammatory compounds (mediators) that respond to allergens. For patients with mastocytosis, certain allergy triggers cause the body to release lots of these compounds, leading to facial flushing, significant drops in blood pressure, serious allergic symptoms or life-threatening anaphylaxis. Left untreated, death may occur.

Dr. Brad M. Taicher, an anesthesiologist at Duke University Medical Center who has worked with KK and JJ, explained that something as minor as moving from an air conditioned room to the outdoor heat and humidity in Florida has set of KK's symptoms in the past.

"A normal patient with anaphylaxis knows what their triggers are," Taicher said to CBS News. "For KK, any countless number of things can trigger her mast cells to degranulate and release these mediators."

That's where JJ comes in. The former shelter dog started his service dog career as a canine that could detect high and low blood sugars in patients with diabetes. KK's mother, Michelle Krawczyk, approached JJ's trainer and asked if the dog could be taught how to monitor KK's condition.

If JJ senses a situation that could cause an allergic reaction, she will start turning in circles. This may be before KK herself realizes she is going to be sick, or even if the girl's trying to hide the fact that she's not feeling well.

As the trigger gets worse and KK is in more danger, JJ will start barking. Finally, JJ will tug on an adult or Michelle to let them know something is really wrong. JJ also knows how to get an EpiPen kit located in the family's home or go into Michelle's purse to retrieve the injectable medication.

"JJ has made it possible for us to give KK a more normal life," Michelle said to the News Observer.

While JJ is not allowed into the sterile operating room, he is allowed to sit in on some medical procedures. He acts as an anesthesia monitor, alerting the medical professionals if something is about to go amiss for KK.

During a recent procedure, he started turning when KK was going under and when she was waking up from anesthesia. It was expected, because the girl's vital signs were changing rapidly during these times.

Taicher said dogs have been trained for a variety of medical purposes, but JJ is the first of his kind that he knows that has been trained for this particular medical condition. He's not shocked that dogs have the ability to detect things before their human companions can.

"I don't think that is terribly surprisingly that both dogs and humans are far more complicated that we sometimes pretend," Taicher said. "We don't understand the interactions that are work, but we can always appreciate when we see them."