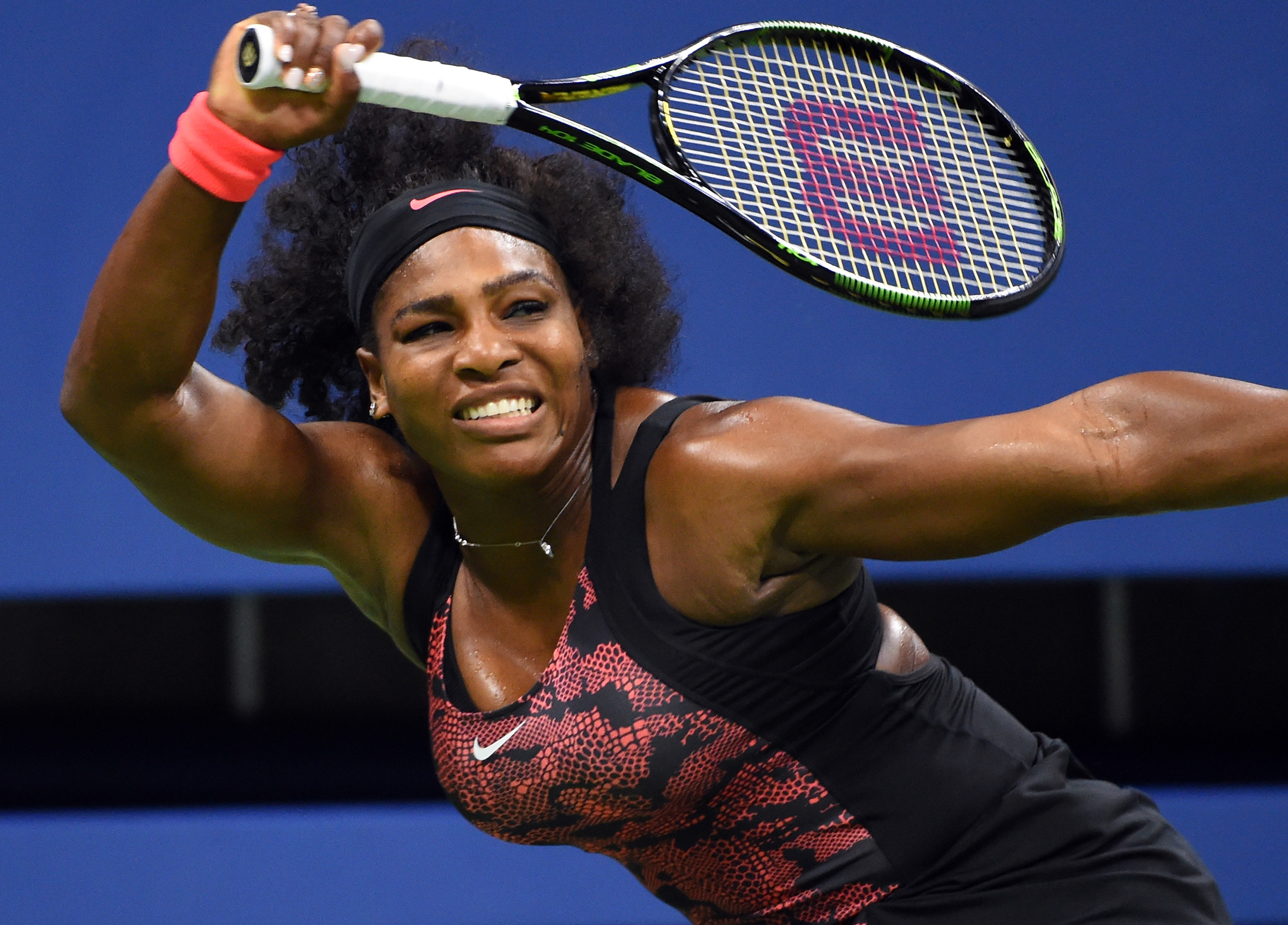 The younger Williams won 6-2, 1-6, 6-3 in the U.S. Open quarterfinals Tuesday night in front of a celebrity-filled crowd at Arthur Ashe Stadium. It was her 11th three-set victory at a major this year.

Serena improved to 9-5 against her sister in Grand Slam matches.

Serena was nearly perfect in the first set but tightened up in the second. She pulled it back together in the third, breaking Venus' serve right away. Showing the importance of the moment, Serena started celebrating winners with big fist pumps and loud yells of "Come on!" unlike most matches against her sister.

The 35-year-old Venus kept up her sharp play of the last two rounds, but Serena -- as she so often is against everyone -- was simply better.

She next faces 26th-seeded Roberta Vinci, who reached her first Grand Slam semifinal and has never defeated Williams.