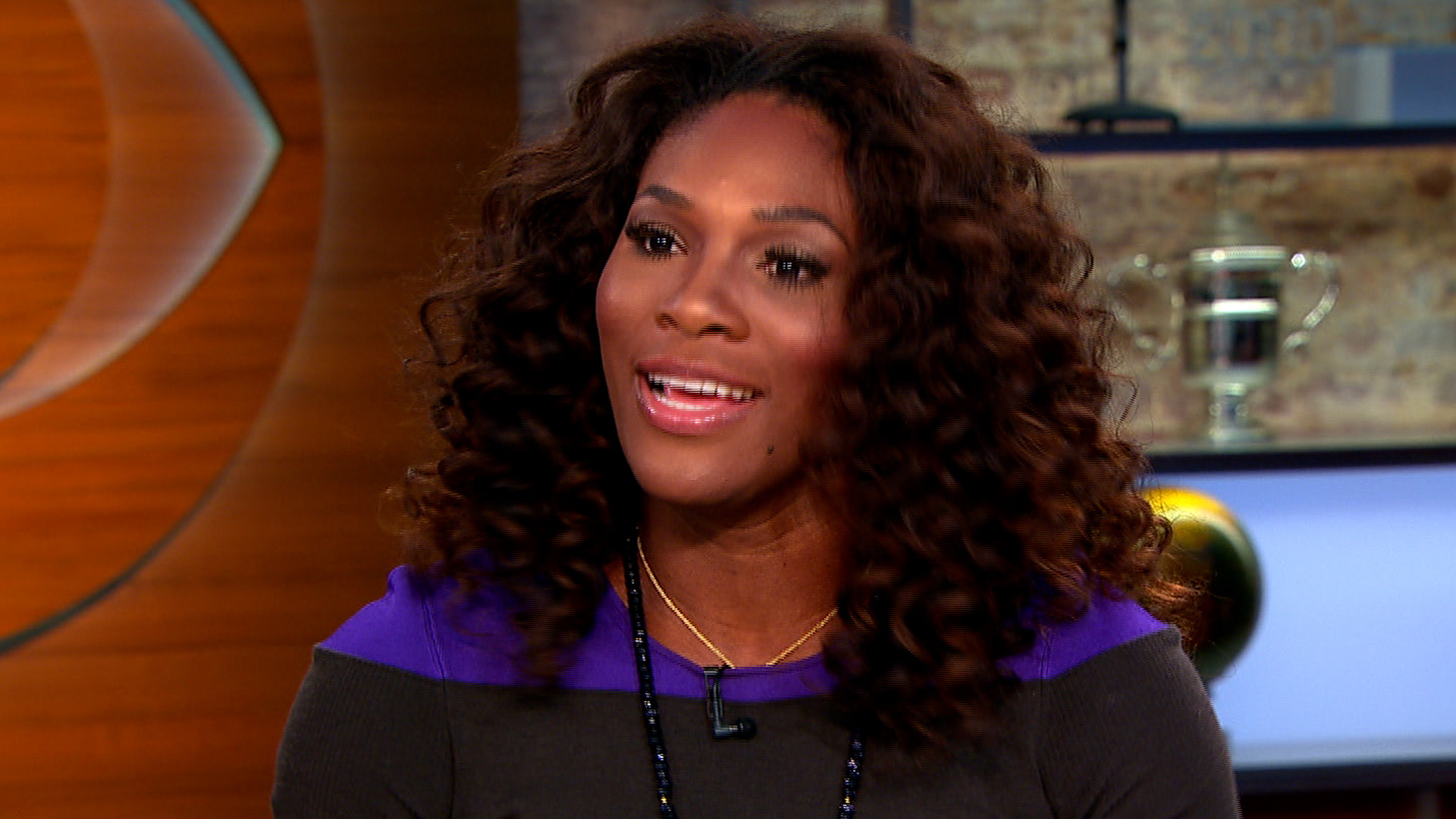 Williams, who hadn't dropped a set in the tournament until she met Azarenka in the finals, was two points away from losing to 23-year-old but eventually triumphed in the third set to win 6-2, 2-6, 7-5.

Williams joined "CBS This Morning" on Monday morning and said in the last set she knew she had to "make her serve for it," and told herself "you have to hold serve here, the last thing you want to do is lose serve."

Despite fan grumblings about Azarenka's well-known and high-pitched grunt, Serena said she actually didn't notice it this year.

"Usually I do hear her grunting...in this particiular match, I didn't hear anything. During the match, I was thinking 'She's pretty low today.'" In Azarenka's defense, she added, "She's not doing it to distract anybody."

Serena stopped short of agreeing with "CBS This Morning" co-host Charlie Rose that she's playing her career best this season, but allowed, "I think it's some of the best tennis I've played consistently in a really long time."

The four-time US Open champion also admitted that she may have gone into the match with too much confidence -- and during the match the tables turned as she began to mentally plan her runners-up speech.

"I was so confident, I was almost over confident. In the third set I was down, I thought 'Good lord, what am I doing out here?' I thought, 'Man, say something really nice [in my runners-up speech].'

Serena, who will turn 31 on Sept. 26, laughed off any questions about possible retirement and said she's focused on competing in all of the Grand Slam tournaments next year, particularly the Australian Open.

"I have a fighting change...to go down under. My favorite place to play is in the heat down in Australia. I've done really well there, I love playing there," she said of the Australian tournament.

Despite over a decade of dominating the grueling game, Serena said her body has "never felt better," and added "Honestly, I feel so fit and so healthy...I'm eating better and living better."

She credited much of "living better" to her sister, Venus, who adopted a new, vegan lifestyle after being diagnosed with an autoimmune disorder last year. Serena says the duo call themselves "chegans," or cheating vegans but said they keep to very healthy eating habits.

And even though she won her first US Open at just 17 years old and has won 15 Grand Slam tournaments, Serena said her shock last night was genuine.

"It was so hard for me to believe...I felt like I was behind the whole time and all of the suddent it was over. I was two points from losing and then it was over," she said of the match against Azarenka.

Her surprise didn't impede her celebration however -- she took advantage of New York City last night and celebrated her win at a karaoke bar, where she chose to sing Billy Ocean's "Suddenly." "I'm into the 90's songs," she told the "CTM" co-hosts.

Monday afternoon, Novak Djokovic and Andy Murray will take to the court in the US Open men's finals and Serena believes Murray will come out on top.

"I picky Andy from the start," she said emphatically. "I pick Andy."