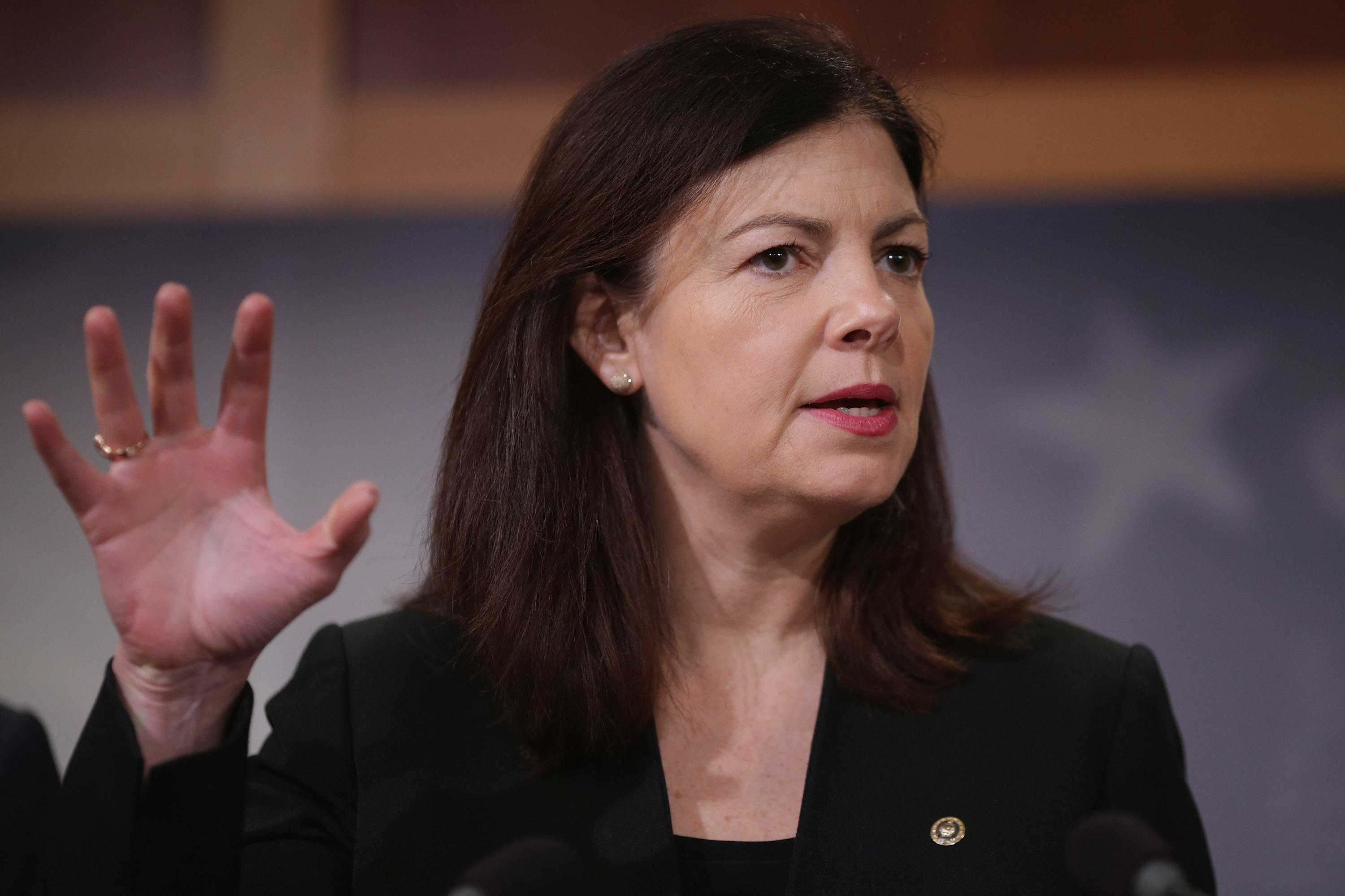 Republican Kelly Ayotte, the U.S. senator from New Hampshire seeking reelection in the state, said Wednesday in a radio interview that she wouldn’t want her daughter in a room with either Bill Clinton or Donald Trump, following the sexual assault accusations leveled at both men.

Ayotte was posed the question during an interview with New Hampshire radio station WNTK 99.7.

Host Keith Hanson asked about Ayotte’s daughter, who is currently 12 years old. “Let’s fast forward four years and your daughter’s 16 years of age -- would you have wanted your daughter to hear the conversation that Donald Trump had engaged in with the reporter from ‘Access Hollywood’ on that bus?”

“I think we all know the answer to that,” Ayotte said in response.

Hanson followed up with this: “At any point in time would you want your 16-year-old daughter in a room with Bill Clinton?”

“It’s hard, I mean, you know, for us to get to a point in this country where character doesn’t matter, that seems unfortunate for me,” she added. “I think character does matter when I think about my children.”

Ayotte, engaged in one of the toughest Senate races in the country against Democrat Maggie Hassan, has walked a political tightrope all year when it comes to supporting her party’s presidential nominee.

Earlier this year, even before the crude 2005 “Access Hollywood” audio leaked, Ayotte said that she would vote for Trump, but not endorse him.

Despite the distance she’s attempted to put between her and the GOP nominee, during a Senate debate in October, the New Hampshire senator said that she would “absolutely” consider Trump a role model for children. Shortly after that, Ayotte released a statement saying that she “misspoke” and that neither Trump not Hillary Clinton have set a good example for the country.

After the lewd recording of Trump boasting about his sexually aggressive behavior surfaced, Ayotte rescinded her vote.

“I will not be voting for Donald Trump or Hillary Clinton and instead will be writing in Governor Pence for president on Election Day,” Ayotte said in a statement.