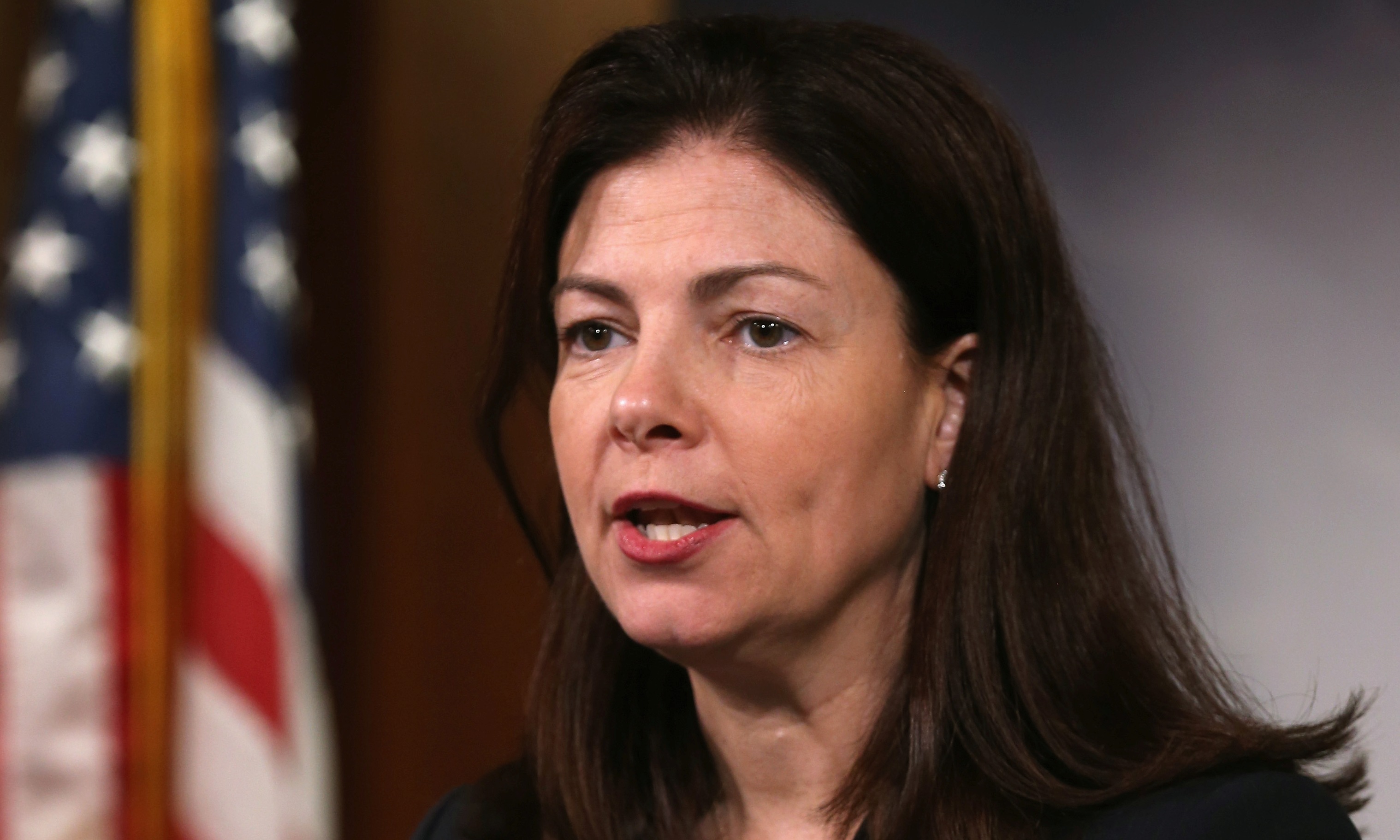 Responding to a question during a Monday evening debate with challenger New Hampshire Gov. Maggie Hassan, a Democrat challenging Ayotte in a close Senate race, the Republican senator said “absolutely” she would tell a child to aspire to be like the New York real estate mogul. But her campaign issued a statement shortly afterward, in which Ayotte reversed herself.

“I misspoke tonight,” the statement said. “While I would hope all of our children would aspire to be president, neither Donald Trump nor Hillary Clinton have set a good example, and I wouldn’t hold up either of them as role models for my kids.”

Hassan has worked to tie Ayotte to Trump, who is trailing Democratic presidential candidate Hillary Clinton in the state. Ayotte, who has tried to distance herself from Trump, has said she wouldn’t endorse him but would vote for him.

She reaffirmed that position Monday night.

Another moderator then pressed Ayotte to explain why she wouldn’t endorse Trump if she felt that way.

Hassan pounced on Ayotte’s answer, saying this was just another example of the senator “trying to distance herself from Donald Trump.”

“At the end of the day, she is still saying she is going to vote to put Donald trump in the situation room with access to the nuclear code,” Hassan said. “She is going to vote to make him the leader of our country and someone who our children will be exposed as the president of the United States.”

Trump loomed large in the debate following revelations over the weekend by The New York Times that he claimed more than $900 million in losses in 1995, enough to legally reduce his tax bill to zero for as many as 18 years. Trump has refused to release his tax returns.

But Hassan also came under fire for her half-hearted defense of Clinton earlier this year when she wasn’t able to say whether she found the Democratic nominee trustworthy. This time, Hassan said Clinton was trustworthy and someone who had the support of both Democrats and Republicans.

“What I find very concerning is that at a time when our country faces so many evolving national security threats, that my opponent is supporting Donald Trump, who members of her own party say poses an absolute danger to the country’s vital interest.”

Ayotte tried to turn that around by saying she was willing to stand up to Trump, while Hassan has blindly supported Clinton.

“That is not right for New Hampshire. We need someone who is going to stand up no matter who is in that Oval Office,” she said. “Look at what Secretary Clinton did with her emails. We haven’t heard Gov. Hassan call her out at all on those issues, which are deeply troubling to the American people.”

Hassan said she has spoken out against what she conceded was a mistake on the part of Clinton for using a private email server while leading the State Department.

“I have never failed to stand up to my party when I disagreed with my party,” Hassan said. “I have acknowledged and criticized Secretary Clinton for the mistakes she made with her email. She said she shouldn’t have done it and it was a mistake and she wouldn’t do it again. I agree with her.”